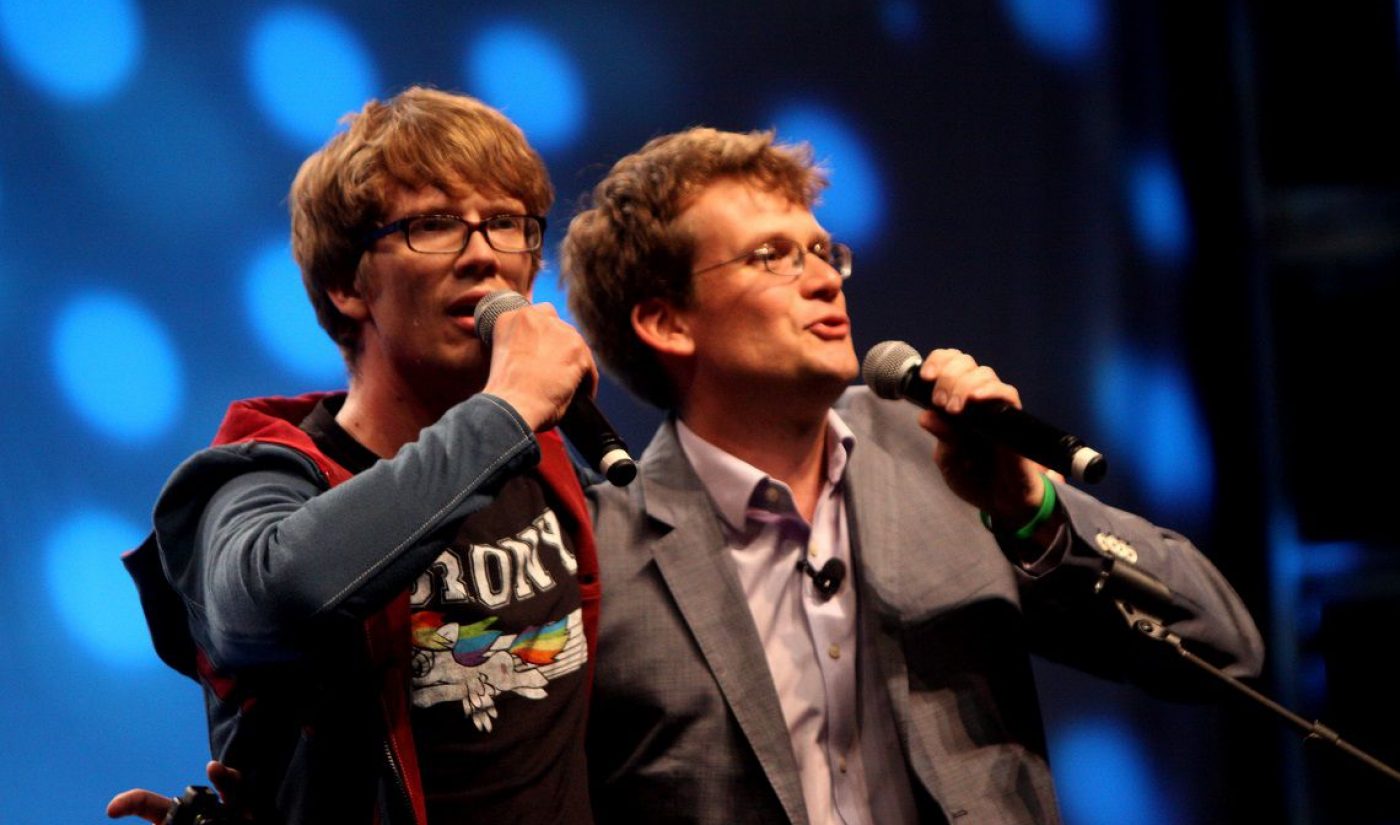 Are you a creator working on an education-oriented online video project? The Vlogbrothers want to hear from you. The YouTube duo of brothers Hank and John Green have opened up their Vlogbrothers Sponsorship program to new applicants around the globe who want to enlighten the world.

The Vlogbrothers Sponsorship program is an ingenious initiative that’s funded by the Greens, YouTube, and viewers like you. Until recently, Hank and John had no ads running on their Vlogbrothers YouTube channel (presumably because the Greens gain a good chunk of revenue from Patreon, their other YouTube channels, merchandise, and other enterprises). But then Hank asked the Greens’ online community (aka Nerdfighteria) if the YouTube star and his brother should enable pre-roll ads, and if so, where the money from the ad revenue should go. The community decided the Vlogbrothers should give half of their YouTube channel’s pre-roll ad revenue to The Foundation to Decrease World Suck (the organization that helped the Greens raise $1.2 million in 2014 for the Project For Awesome fundraising campaign). Nerdfighteria decided the other half of the revenue should fund the Vlogbrothers’ Sponsorship program.

(In essence, that means the Vlogbrothers don’t take home any cash from their channel, and are just trying to make the world a better place, which is another reason to love them if you don’t already.)

John Green’s assistant then recently posted a tweet to his account on October 30, 2015 about the sponsorship opportunity with a link to an online application. (FYI, his assistant posted the tweet because Green’s on a bit of a Twitter hiatus while he’s getting some writing done.) The Vlogbrothers are accepting applications from anyone around the world who’s working on an “an online educational/informational/super awesome project.” Because of the high volume of applications received, the YouTube brothers noted they won’t provide feedback on submissions, but will keep all applications indefinitely. The lucky creators selected into the sponsorship program will have to provide financial and tax forms like a W-9 (or an equivalent form, in the case of a non-U.S. resident) in order to move forward with the sponsorship.

In a follow-up tweet, Green’s assistant gave examples of previous Vlogbrothers Sponsorship recipients, including the anti-violence/harassment non-profit Uplift and Kelly Kend, who created the Yeah Maybe, No documentary about consent and sexual violence from a male perspective. Another sponsorship recipient, Dianna Cowern, is known in the online video space for her Physics Girl YouTube channel. Cowern just joined the PBS Digital Studios network in August 2015.

If you’d like to apply to the Vlogbrothers’ sponsorship opportunity, visit this Google Docs form and fill in your information to be considered.