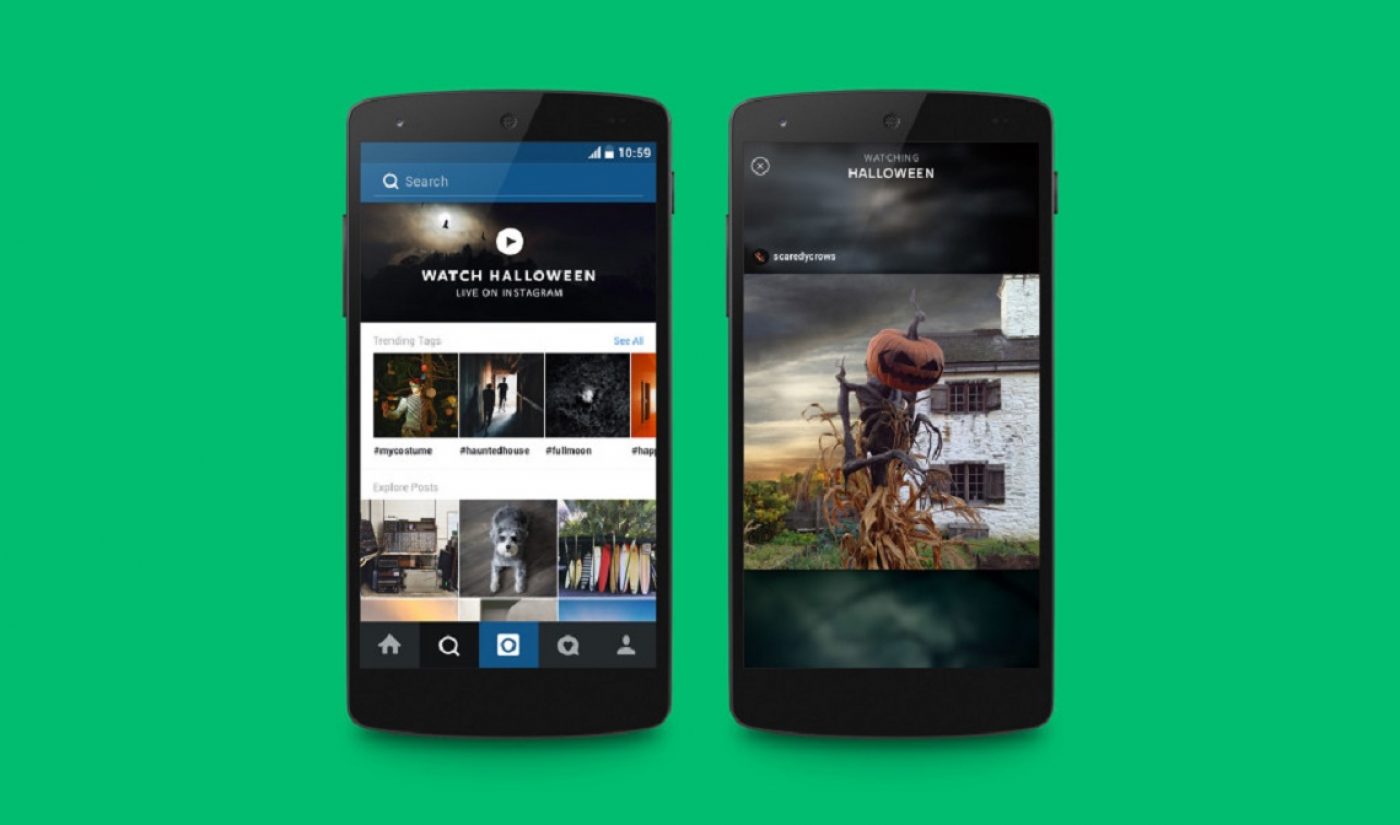 Instagram is hugely popular for its image-sharing capabilities (to the tune of more than 80,000,000 photos shared globally each and every day), but now the Facebook-owned app has a new feature to highlight video content. Instagram, which debuted 15-second videos back in June 2013, launched a curated video channel on October 31, 2015. And its first subject matter was appropo for the time of year.

Instagram’s first ever featured video channel consisted of Halloween clips hand-selected by a team at Facebook and videos received by way of direct submissions from users’ posts using the hashtag #IGHalloween. Instagram users could access the video channel from the “Explore” section of the app beginning on the afternoon of October 31. In this way, Instagram’s new video channel resembles the curated Live Stories section on short-term messaging app Snapchat, or even Twitter’s new Moments feature which shows users the top trending stories at a glance. The new dedicated video channel on Instagram seems to be operating on a pop-up basis. The channel isn’t available on the app’s “Explore” section as of this writing, but Wired reports Instagram will look at future events (e.g. Thanksgiving, World Series, Election Day) and stories around which it can curate relative and entertaining content. Instagram hasn’t yet opened up the video channels to advertisers. However, that could change if the app’s users warm up to the new content feature, especially considering the platform just introduced 30-second ads for marketers.