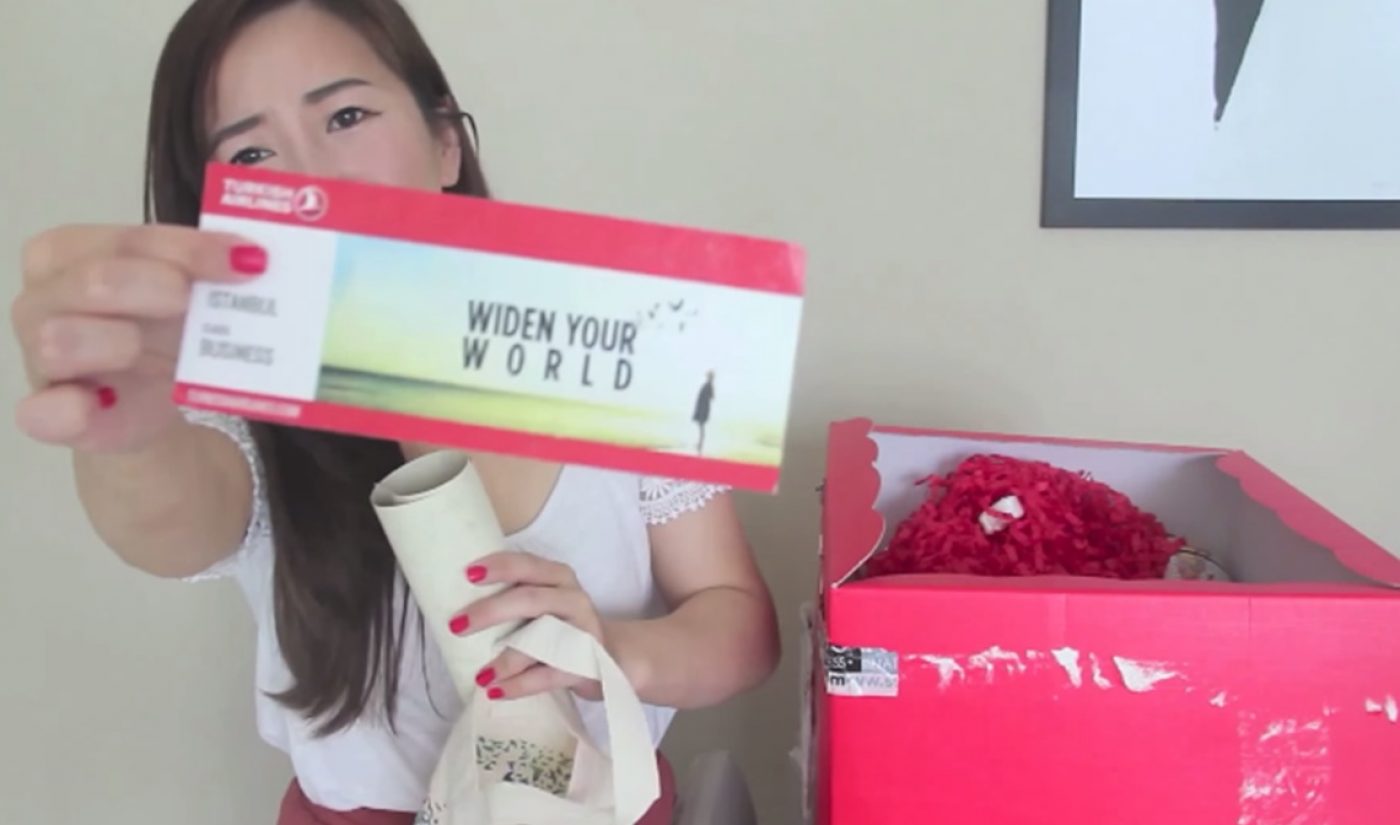 In a hugely popular 2013 ad, Turkish Airlines facilitated a “selfie shootout” between Kobe Bryant and Lionel Messi. The airline’s new spokespeople may not be great at sports, but they have highly engaged audiences of their own, and as a result, they’ll get to go on their own adventures. Turkish Airlines and multi-channel network Rightster have launched the 2015 edition of their #FortuneTraveller campaign, which will send ten popular online video stars on a trip to Istanbul.

The ten creators who are participating in Turkish Airlines’ new campaign are a global bunch who have more than 40 million followers between them on social media. Among them are French Snapchat pioneer Jerome Jarre, American filmmaker Casey Neistat, British makeup expert Bubz Beauty, and German vlogger Sami Slimani. Turkish Airlines invited its creative partners to come to Istanbul by sending them boxed invitations. The ensuing reactions have been collected in a playlist:

While in Istanbul, the participating creators will share their experiences in regular travel vlogs. Their journey will also take them to an additional mystery location in Turkey. My money’s on Cappadocia.

This is the second year of the #FortuneTraveller campaign. In 2014, a separate group of creators received their own trip to Turkey, and fans ate it up. Between all its videos, the campaign generated more than 10 million views on YouTube.

“Following the success of the #FortuneTraveller campaign, we are really excited to launch another global social campaign featuring some of the world’s most influential creators,” said Neset Dereli, Interactive Marketing Manager at Turkish Airlines, in a press release. “Bringing together creators from multiple networks, and utilising Rightster’s expertise in creating branded content, will mean we have the opportunity to reach a truly global audience.”

Videos from the #FortuneTraveller campaign will be posted to each individual creator’s YouTube channel. If you’d like to keep track of the journey, you only need to press subscribe.