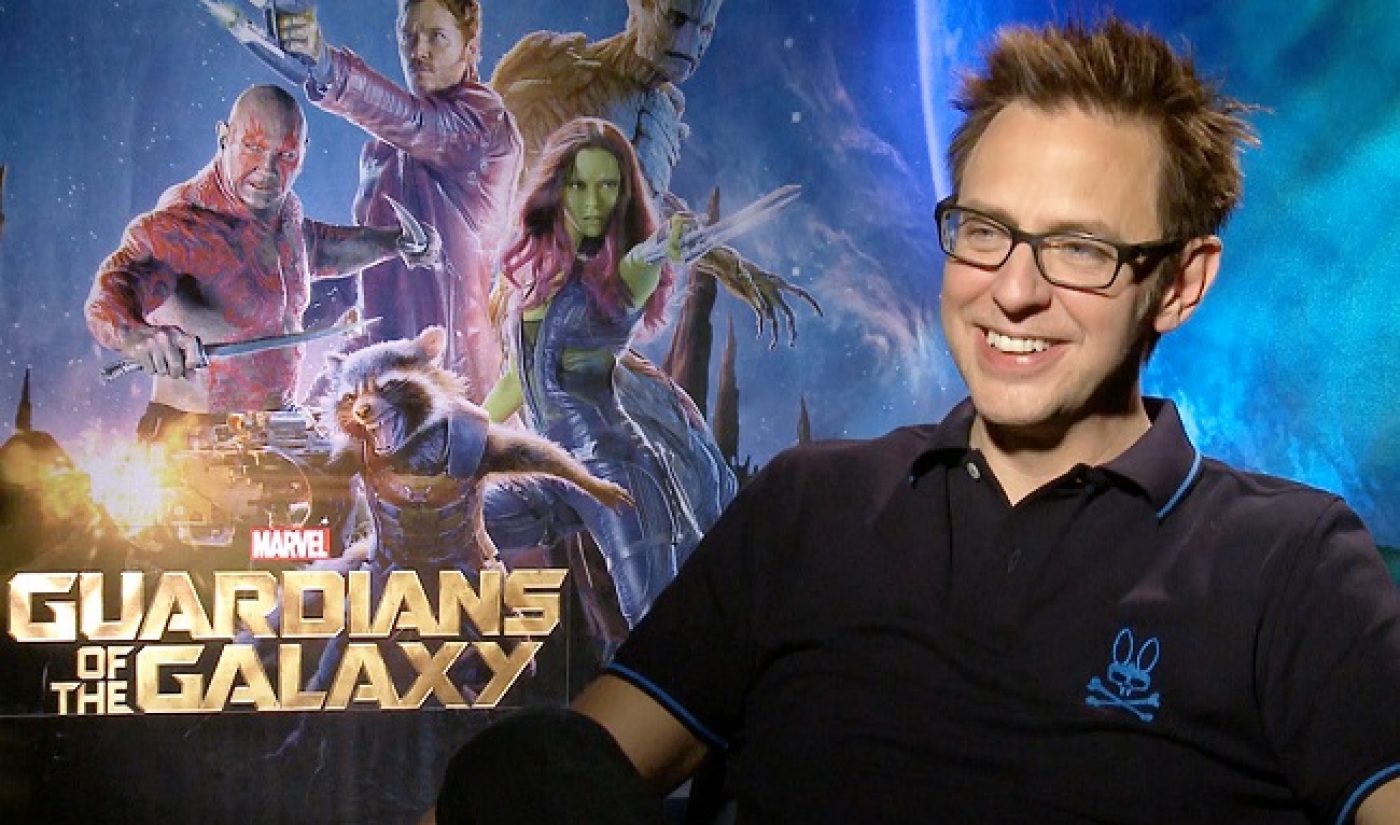 James Gunn recently opted for a new mobile video app instead of traditional Hollywood PR tactics when releasing news about his upcoming flick Guardians of the Galaxy 2. On April 1, 2015, the director interacted with fans and answered questions about the upcoming film via the live streaming app Periscope.

Introduced in 2014, the iOS app Periscope lets users live stream video broadcasts while viewers leave real-time comments and likes. The app resembles a mobile version of Twitch in that it also lets users record broadcasts to watch at a later date. Twitter apparently saw lots of opportunity with Periscope; the social site ended up acquiring the app on March 13, 2015.

Gunn (who isn’t a stranger to online video and who really liked the Screen Junkies’ honest trailer for the first Guardians movie) used Periscope’s live streaming capabilities to broadcast from his home office. Instead of participating in a press call or even using Twitter to answer fan questions, the director utilized Periscope’s comments feature to interact. Gunn provided answers about his upcoming film sequel, like how the tone of Guardians 2 will be different from its predecessor and how Karen Gillan’s character Nebula will return.

Gunn is part of a burgeoning trend of Hollywood elite looking to live online video platforms to release film information to fans. In an effort to generate more audience engagement, Google teamed up with Paramount Pictures in November 2014 to host a live Google+ Hangout with the cast and crew of Interstellar. A month later, MGM, Sony Pictures, and Eon Productions announced the cast and title of the upcoming James Bond film Spectre via a live stream event.

With the growing popularity of apps like Snapchat, Periscope, and even Meerkat, we wouldn’t be surprised to see even more film directors and movie studios use these social media outlets to reach fans on a more personal level.