Rooster Teeth Raised Over $2.4 Million For Its First Feature Film. Here’s Burnie Burns On How They Did It. 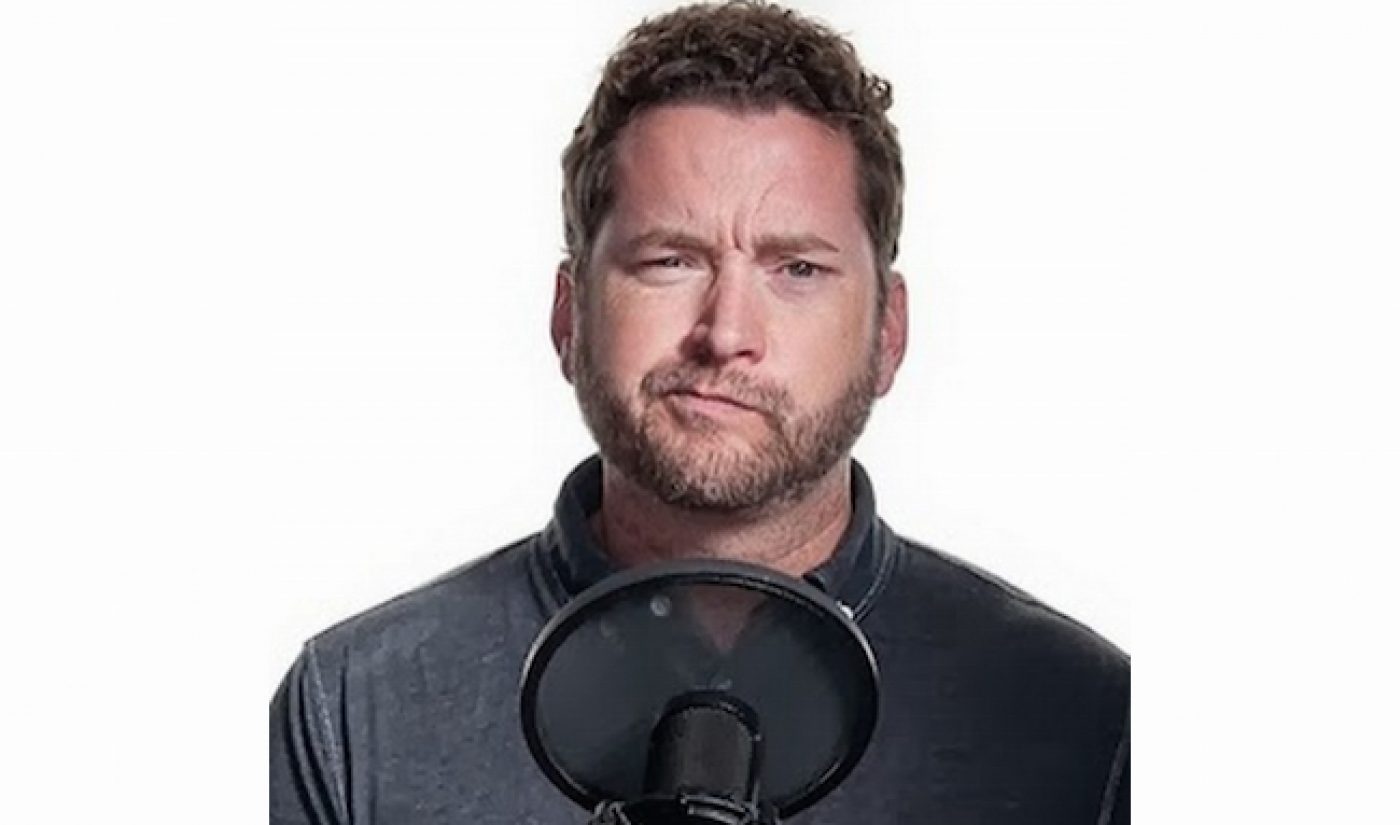 Rooster Teeth turns 12-years-young on April 1, 2015. The Austin, Texas-based production company, online video and machinima pioneer, and prolific creator of high-quality online video programming has a lot of things to celebrate, including more than 16 million subscribers across its half-dozen-or-so established and burgeoning YouTube channels, a thriving destination site with an ardent, active, and happily paying community that’s two-million-unique-visitors-a-month strong, a recent presumably multi-million dollar sale to the YouTube multi-channel network Fullscreen, a growing convention for tens of thousands of fans of gaming and internet culture, and an upcoming feature that’s one of the top most-crowdfunded film campaigns of all time.

It’s that last achievement the individuals at Rooster Teeth should celebrate most as the entity enters the last of its preteen years.

Rooster Teeth CEO Matt Hullum, Creative Director Burnie Burns, and the rest of the crew started the Indiegogo campaign for their movie Lazer Team on June 6, 2014. One month later the crowdfunding campaign for the sci-fi comedy had raised $2,480,334 from no less than 37,493 generous contributors. That makes the flick the fourth most well-funded film campaign of all time on any crowdfunding platform ever. It’s no small feat, especially for a brand without mainstream appeal (like a Veronica Mars, Zach Braff, or even a Broken Lizard) and a definite validator that a 12-year-old internet-oriented media company (which is the equivalent of something like 56 years old in the real world) is still in command of an ever-thriving, actionable audience and capable of intriguing initiatives.

We recently caught up with Burnie Burns close to ask him more about the Lazer Team campaign, why they did it, and how and why it was so successful.

Tubefilter: Rooster Teeth is basically 12 years old. Why choose now as the time to make a movie?

Burnie Burns: We’ve had a good idea for Lazer Team and how to approach it for a while, and we always knew we were going to make it, but it was also always our “next project”. For two years it was always “our next project” until we finally asked the question, “How do we get it done right now?” And then we realized we could talk to our audience and with the platforms available online get it done right now instead putting it off for another two or however many years.

TF: But Rooster Teeth is a pretty big company with presumably a lot of resources. Why couldn’t you guys just do it on your own?

BB: We could’ve just made a movie, but in order to make it as cool and huge and big as we wanted to, we needed help from our fans. And we realized we could use a crowdfunding campaign to do that after looking at successful campaigns from people like Freddie Wong. He had his production budget for Video Game High School Season 3 already covered, but used Indiegogo so he could raise funds to make things like the post-production even better. We learned a lot from Freddy’s approach and got our fans involved to help make Lazer Team as awesome we knew it could be. Very slick fan art by the_philter over on Reddit.

BB: We looked at a lot of platforms out there, but we liked Indiegogo a lot. Wil Wheaton had just done a successful campaign on there for Season 3 of Tabletop. People were talking about it in our space and we talked with the team over there and found them to be highly engaged and interested in our project. And that was something very important to us. We didn’t want to go in and put up a template page. We like to do things in the style and vein of Rooster Teeth and Indiegogo got it. They were able to support us and demonstrated that they had a willingness to do so.

TF: Rooster Teeth already has a sponsor program on RoosterTeeth.com that gives out certain perks. Given that a lot of fans are already contributing dollars to Rooster Teeth on a monthly basis, were you surprised that your campaign had more than 37,000 contributors?

BB: We’re lucky enough to have a lot of fans, but you can’t ever tell them how to support you. You need to have a bunch of different methods out there. You’ll never know what is the way that one person likes to support.

For instance, we recently put Red vs. Blue Seasons 1 through 5 out on Netflix. That’s content we made in 2003 through 2008, but I had people emailing me saying, “Finally, now we can watch Red vs. Blue!” And I’m thinking, “You’re kidding me. It’s been all over on nearly every video platform for the past 10 years!”

So, the same way those people needed Red vs. Blue  to be on Netflix for them to finally watch it, the same goes for supporting shows. An audience member may not like putting a credit card on a site or they may have another particular way they want to show how much they like and appreciate you and what you’re doing. For a lot of people, crowdfunding is that thing.

TF: Was there anything in particular you proactively did that made the campaign so successful?

BB: We looked at and studied a lot of crowdfunding campaigns. There’s usually this “U”-shaped trough of interest over the course of a 30-day campaign. There’s a huge spike at the beginning and a huge spike at the end. Well, we knew we couldn’t flatten that out and make it constant over 30 days, but we decided we could try to make the “U” more like a “W” and put that spike in the middle. We had a 12-hour telethon that was a live stream in the middle of the campaign. That became our third most-funded day of the campaign.

It’s also not always about how much money comes in. You can easily set up your campaign to work against you. A big part of that is people will put up perks, not understanding how much goes into fulfilling those perks. If you have to sign 20,000 posters and ship them out in cardboard tubes, that turns into a logistical nightmare. So, we understood the nuances of fulfilling merchandise and built out perks that were rewarding and also maximized the benefits of the project.

We tried to put as much as possible into the movie so that our contributors can see a piece of great content. We thought of that as the ultimate perk.

TF: Were there any type of crowdfunding perks for Lazer Team that worked particularly well?

BB: We tried to do a lot of different stuff with the way we did everything. The allotment of VIP RTX tix sold out in 20 minutes. The “Spend a day with Achievement Hunter” and “Get your voice in RWBY” were gone in a day.

And we couldn’t run any kind of sweepstakes, but I said if we break the record on Indiegogo for the most-funded film of all time, I’ll put up a $5 perk, but it’ll be worth way more than $5, but there will only be one perk available to claim. It’ll bee “1 of 1”. So, we broke the record, and put up the perk, but instead of just selling one, we sold 535 of them. Everyone was refreshing to see when it would go live and 535 people got through. This was the kind of problem you wanted to have.

The special perk was to be an extra in the movie. So, now we had 535 people who wanted to be extras in the movie. We shot the scenes with 535 extras over three days and everyone had a great time. They even have a forum on our website now. The Infamous 535.

TF: Are you nervous at all about Lazer Team living up to the expectations of the more than 37,000 contributors to the campaign?

BB: Not really. Honestly, we’re really confident with what we can deliver on the project. But we’re still incredibly thankful for the audience that made it happen and all the people who had crowdfunding campaigns who were open with their work beforehand so we could make this one as good as it was.

Rooster Teeth dropped the first official trailer for Lazer Team in March, 2015. The film is set for release Spring 2015 through Fullscreen Films.