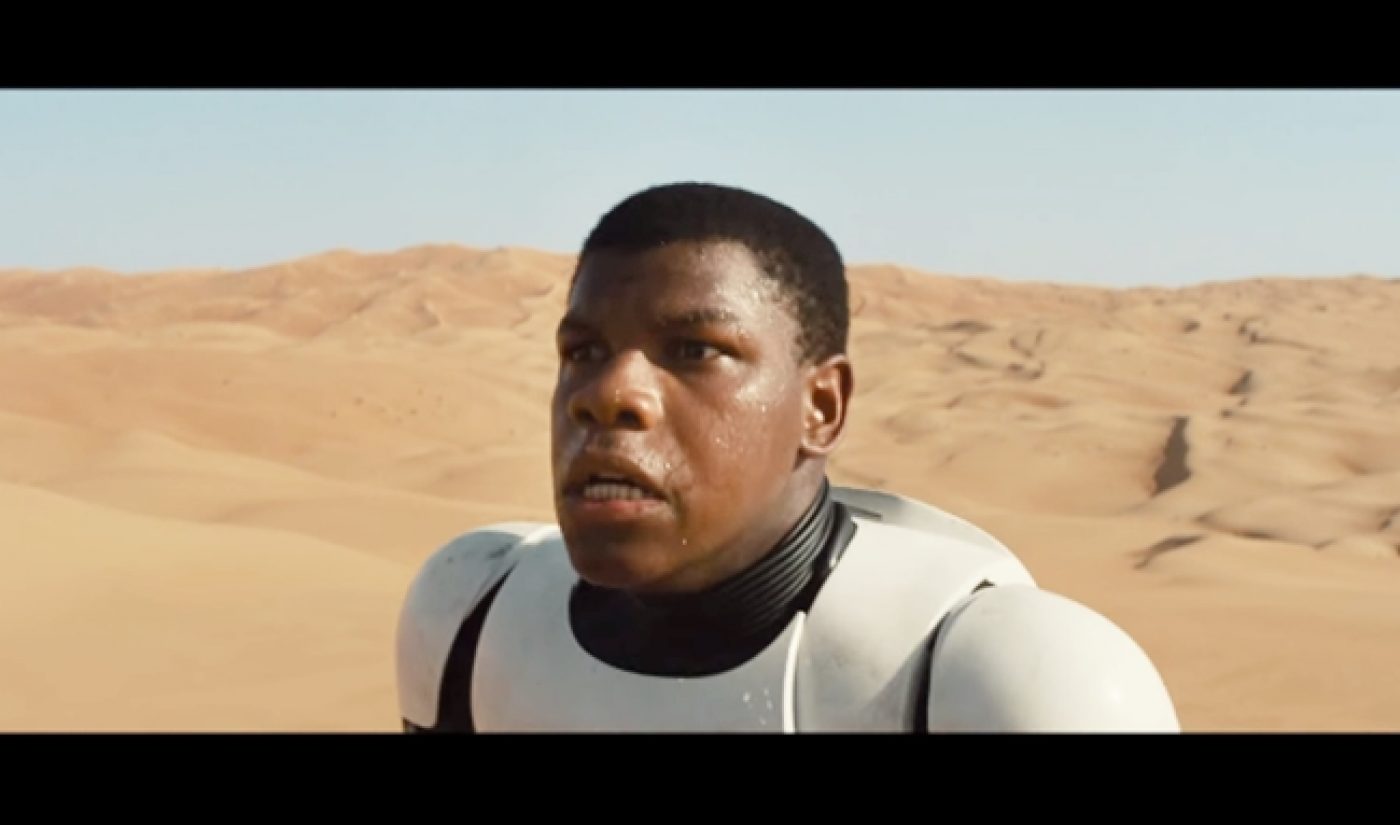 Its initial release may have been a bit clumsy, but make no mistake: The first teaser for the upcoming Star Wars sequel has reached unprecedented levels of popularity. In its first three days online, the preview of the hotly-anticipated seventh installment in the Star Wars franchise has reached 50 million views across Facebook and YouTube.

The majority of the views have come from the MOVIECLIPS YouTube channel, where the 90-second video has achieved 34.7 million views. It picked up another 10 million on the official Star Wars YouTube channel, and 7.2 million views on the Star Wars Facebook page pushed the total above 50 million. If you still haven’t seen the teaser yet (or if you want to watch it again), go ahead and add to that massive total:

As we’ve noted with other videos, the split between Facebook and YouTube has produced an interesting dichotomy. 86% of the teaser’s views have come on YouTube, but the Facebook video has produced 138,750 shares, which nearly eclipses the 147,351 shares between the two YouTube videos.

To put the clip’s popularity in proper context, let’s compare it to other popular trailers on YouTube. Each quarter, YouTube charts the best-performing trailers of the past three months in its Trailers Leaderboard. In the Q1 2014 edition, the Game of Thrones season four trailer led with more than 22 million views, a mark that was not surpassed in either of the more recent Trailer Leaderboards. As it stands now, the MOVIECLIPS version of the Star Wars: Episode VII trailer has already passed Game of Thrones’ Q1 total by more than 12 million views, and again, it has reached that mark in just three days.

It isn’t really surprising that the Star Wars teaser has made such a big splash. Before the teaser’s launch, brief clips of JJ Abrams’ Millennium Falcon design racked up millions of views online. At the same time, no trailer has ever received this level of viewership, and with a whole year to go until Star Wars: Episode VII hits theaters, look for the film to shatter more records before it even hits the box office.