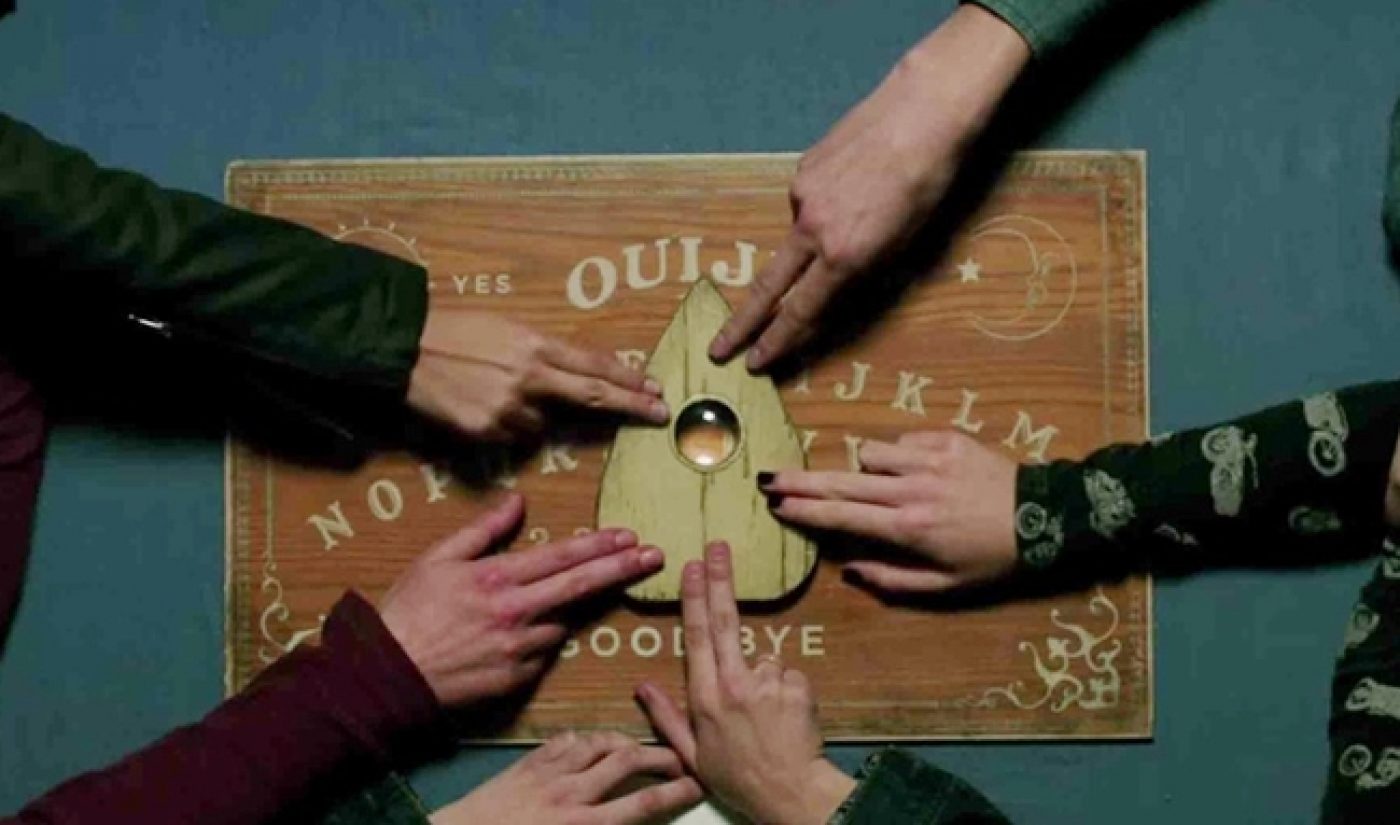 Over the weekend, Snapchat ran its first ad. In an introductory blog post, the messaging service explained the ads won’t be “creepy and targeted,” but the first ad on the app was a different kind of creepy. It was an ad for Ouija, the upcoming horror film that is also advertising on Instagram.

Snapchat claimed to launch the ads because of increasing demand from brands, but the new sponsored content could also have an effect on the app’s budding creative community. A few months ago, Time Magazine profiled the first wave of “Snapchat stars“, a group led by Jerome Jarre. Jarre, who first gained fame on Vine, now has a seven-digit follower count on Snapchat, where he has focused much of his creative efforts.

When Jarre first began devoting more time to Snapchat, NewMediaRockstars wondered if he had been paid to create content for the app. That’s certainly possible, but even if Jarre’s decision was organic, paid content on Snapchat is about to become a lot more popular. Brands will be eager to use sponsored Snapchats to reach young audiences, and as on YouTube and Vine (which have previously facilitated branded videos through pre-roll ads and sponsored Twitter posts, respectively), the best way to reach those audiences is by speaking through the personalities they follow. This will lead to a rise in branded content featuring Snapchat stars, and as a result, we should see more online video content creators spending time on the app, enticed by lucrative branded opportunities.

Snapchat’s ad infrastructure is perfectly suited to that sort of branded content. The app’s ads appear in its “Recent Updates” section, the same place where content creators send “stories” to their followers. Merging the new ads with Snapchat’s existing creative community is therefore a natural progression.

The bottom line is that, as more ad money flows into the app, we will see more Snapchat stars. Industrious brands are surely thinking up clever ways to use online video influencers to reach the young Snapchat audience, a few seconds at a time.