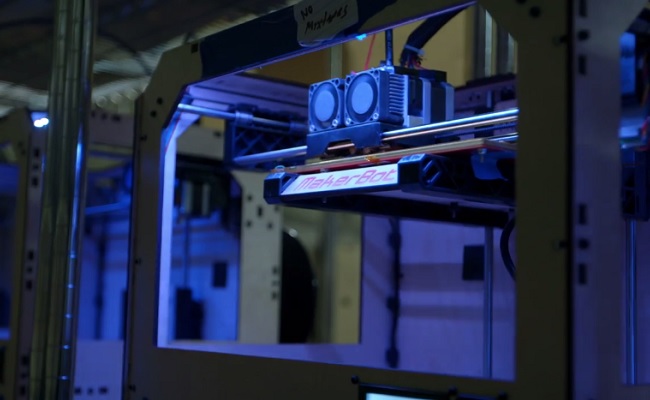 Netflix’s 3D Printing Documentary ‘Print The Legend’ Has A Trailer

In the spring of 2014, Netflix announced the addition of four new titles to its ever-growing roster of original documentaries. For one of them, Print the Legend, Netflix just released the trailer, which hints at more scandal than you would assume possible with the word printer.

Print the Legend will dig deep into the world of 3D printing and the companies involved in it. Makerbot Industries and its founders (Bre Pettis, Adam Mayer, and Zach Hoeken Smith) seem to be the focus of the documentary, with eventual attention given to rivals that have arisen over the years. Some key themes brought up in the trailer, which are likely to be revealed in greater detail in the documentary, are the ground-breaking aspects of 3D printing (such as the ability to make human organ implants, which could revolutionize the medical community), as well as its dangerous consequences (such as users who print off working guns).

The documentary was created and produced by Chad Troutwine (of Freakonomics), alongside Andrew and Walter Kortschak of Audax Films. It premiered at 2014’s SXSW in Austin, Texas, and received the special jury recognition award in the documentary category for editing and storytelling.

Print the Legend will debut on Netflix on September 26. Until then, see if you can get your hands on a 3D printer (if you don’t have one already) and print some stuff off, so you can see just what all the fuss is about.