Bedrocket Partners With Univision, Aims For Latino Audience With Flama 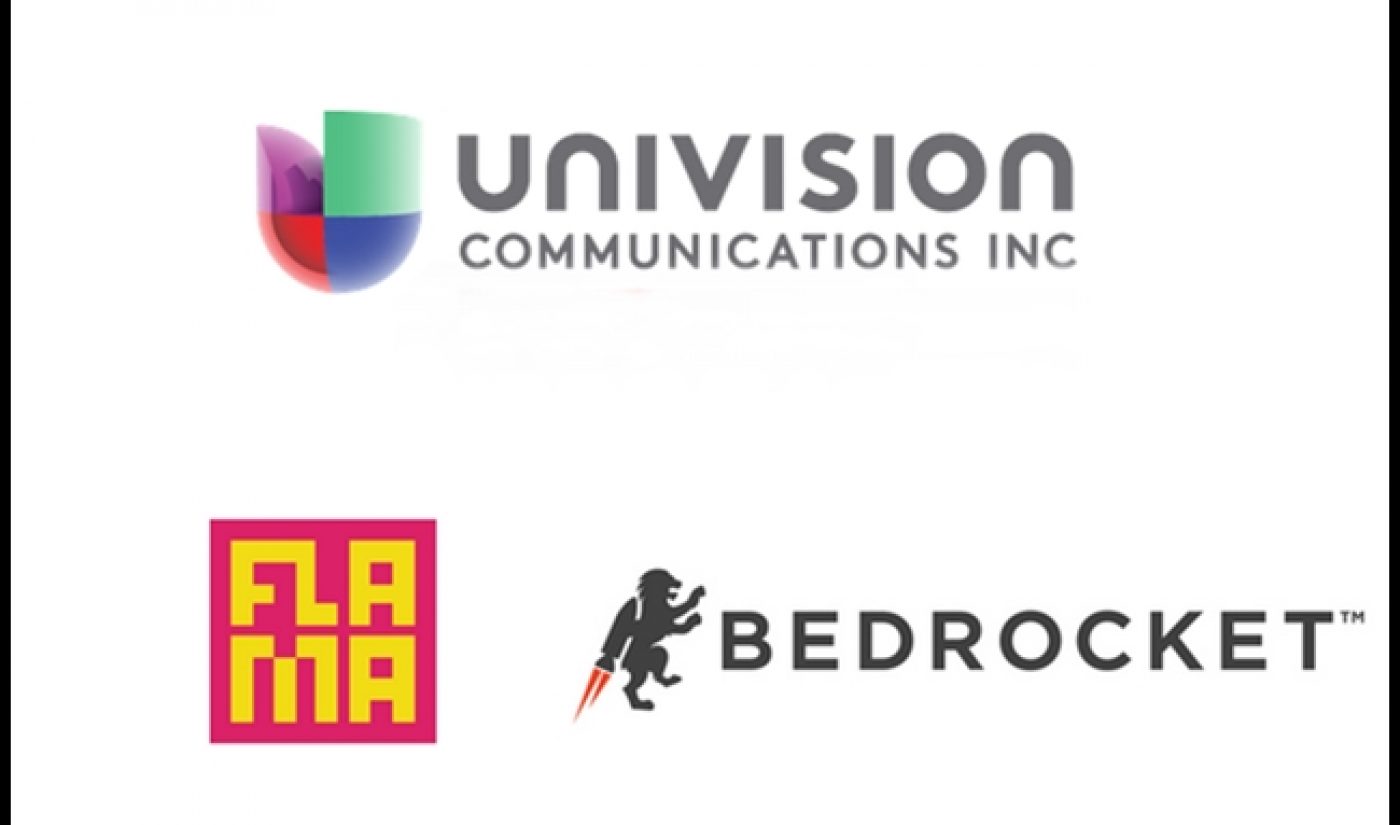 The Latino community is hungry for more content, and Bedrocket is teaming up with Univision to provide proper satiation. The online media company and the prominent Hispanic TV network will create Flama, an online destination aimed at young Latino viewers.

Flama will hope to catch a portion of the audience that has flocked to other Hispanic-oriented hubs. The list of most subscribed YouTube channels is replete with Spanish-language feeds like HolaSoyGerman, werevertumorro, and Porta Dos Fundos, while Latino multi-channel network MiTu has been able to capture more than a billion views in under two years.

Flama’s library will consist of both scripted and documentary series created by and starring top Latino tastemakers in the fields of comedy, music, lifestyle, and sports. Beyond YouTube, it will also engage viewers through platforms like Vine and Instagram. “Today’s younger generation is transformative and voraciously consumes and creates content. They are trendsetters, who are expanding the boundaries of media and American culture,” said Univision President of Content Distribution Tonia O’Connor.  “We are uniquely positioned to meet the needs of this generation and are thrilled to partner with Bedrocket to combine our Hispanic expertise with their proven track record in creating compelling digital content and innovation in technology.”

The proven track record of which O’Conner speaks can be seen in Bedrocket’s other YouTube channels. Kick TV, NetworkA, Official Comedy and Look TV have combined for nearly 1.5 million YouTube subscribers, with each one claiming at least 167,000 fans. Flama is good candidate for similar success when it debuts with a preview in the fall. The full online destination will roll out next year, and if the title is any indication, it will be hot.