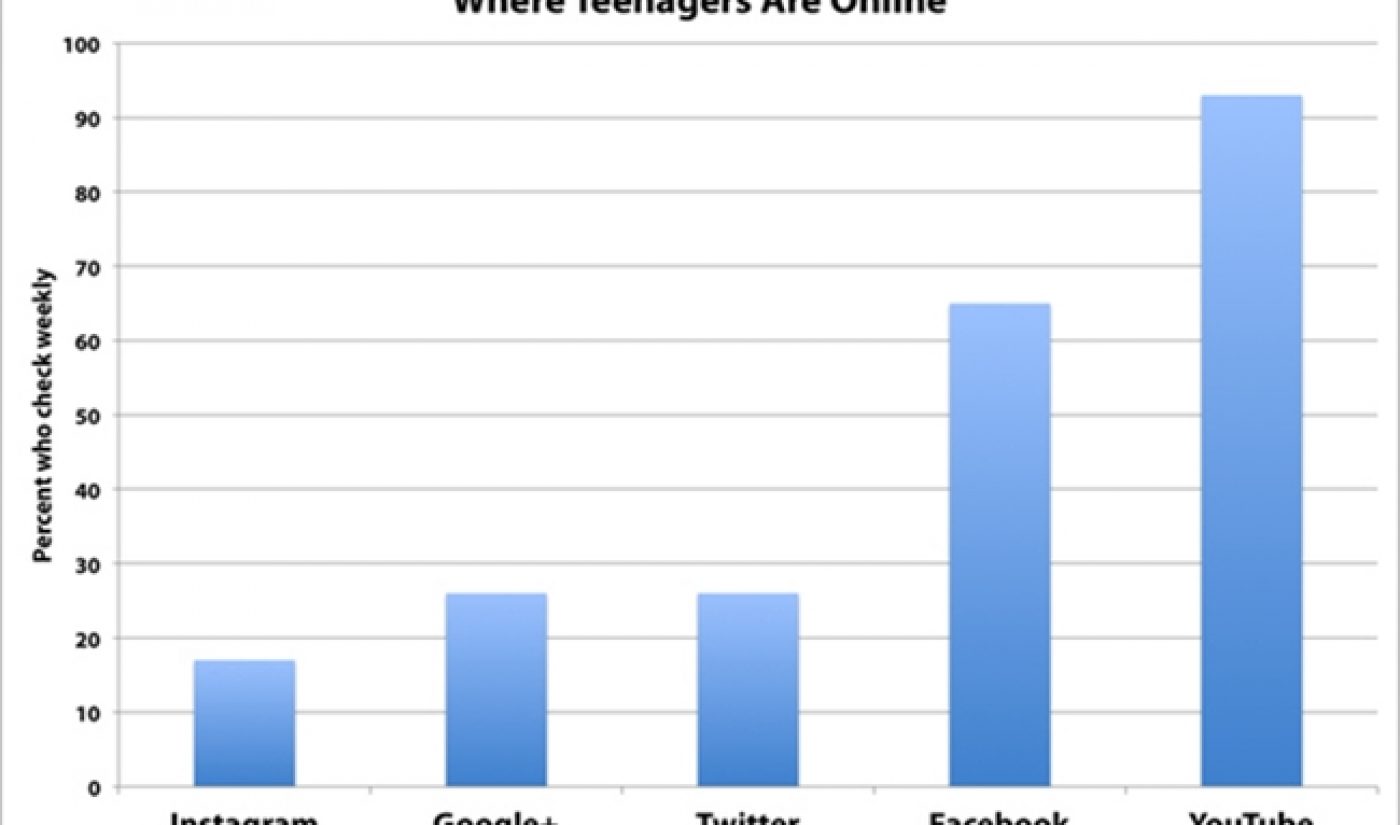 A recent survey conducted by IPSOS MediaCT and Wikia has shown that, among participating teenagers, YouTube is the most widespread social network, checked weekly by 28% more teens than any other surveyed site.

93% of respondents claimed to visit YouTube at least once a week, while only 65% did the same for Facebook. Twitter and Google+ (really? Google+?) both sat at 26%, and Instagram’s figure was 17%. When it comes to daily usage, the difference is less dramatic, but still evident: 54% of respondents make multiple trips to YouTube each day, while only 38% express the same behavior on Facebook.

Let’s unpack this data not with an “OMG YOUTUBE RULES FACEBOOK DROOLS” attitude, but rather with a handful of systematic caveats. First off, the sample is hardly representative. Users were invited to participate by clicking a banner ad on Wikia or by responding to an email from the wiki-providing site, so all respondents are active on that site in some capacity. More importantly, the average respondent finished the survey in 27 minutes; that doesn’t exactly sound like a preferred leisure activity for the especially attention-deficit crowd that populates Facebook and Twitter en masse. Yes, said users also use YouTube, but something tells me that a more representative sample would close the gap quite a bit. That selection bias, she sure is a cruel mistress.

Still, two conclusions can safely be drawn: there are a lot of teens on the Internet, and they really like YouTube. This is hardly new news, but–as always–it’s something creators would do well to understand when releasing new content.