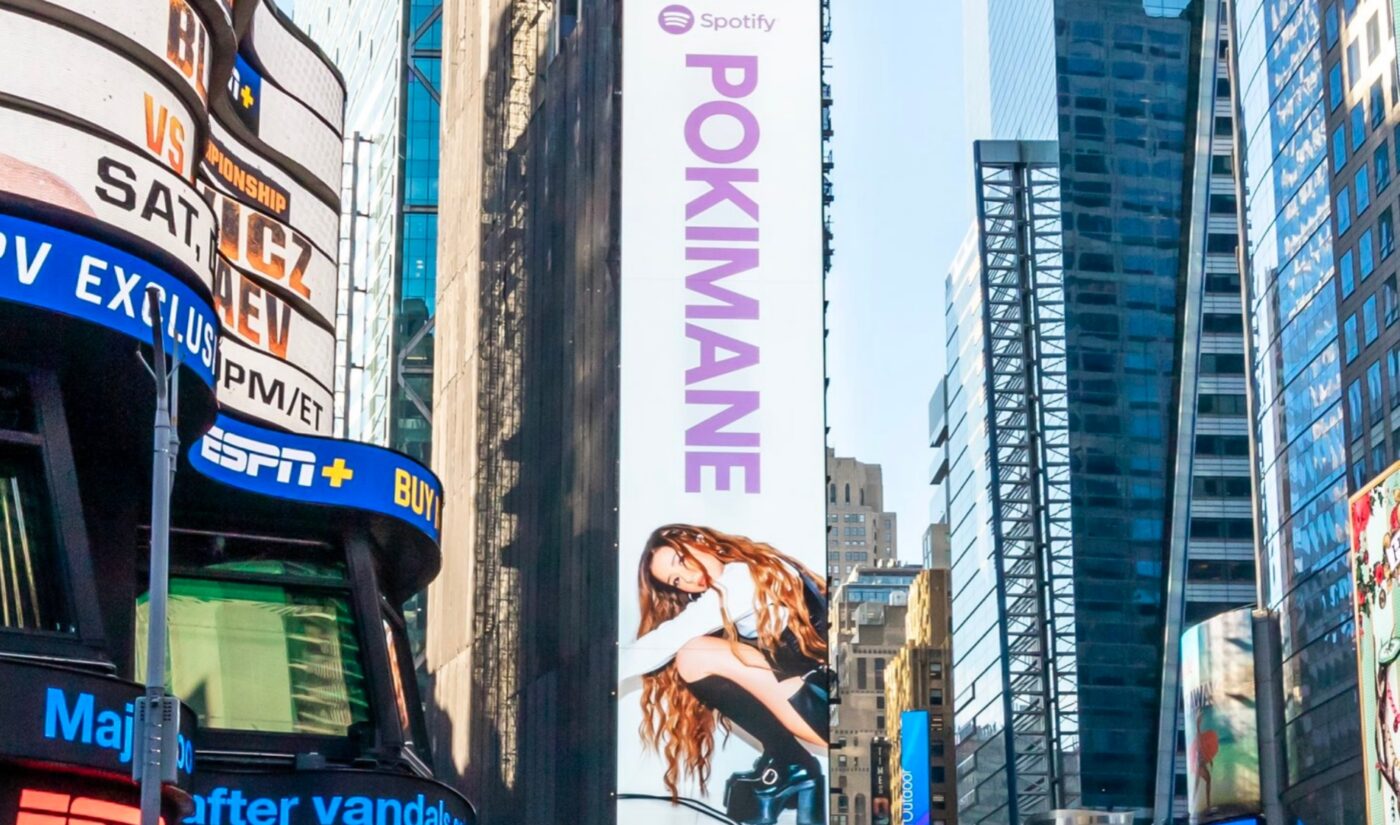 Streamers can’t get enough of Times Square. Imane Anys, the Moroccan-Canadian creator known as Pokimane, is the latest influencer to be featured in the world-famous location. Thanks to Spotify, visitors to the Midtown Manhattan locus can discover a playlist of “Poki’s Picks.”

The billboard is in a prime location, right at the intersection of 42nd Street, 7th Avenue, and Broadway. On Twitter, Anys thanked Spotify for launching the ad and described it as “just another Moroccan W” — a reference to the  North African nation’s victory over Spain at the 2022 World Cup. It’s not even her first win of this variety. Her channel was recently promoted on a different Times Square billboard erected by Twitch.

Who knows? Maybe I’ll even see my name up there someday… pic.twitter.com/meLOH18Y62

If you think it’s odd that a creator can occupy two pieces of ad space in Times Square, then you haven’t been following one of the more amusing trends of the year in the streaming community. In addition to Anys, Twitch and YouTube Gaming stars like Ludwig, DrDisrespect, and Ninja have appeared on billboards in the heart of the Big Apple. When Anys’ friend Rachell ‘Valkyrae‘ Hofstetter arrived in Times Square thanks to a partnership with Gymshark, several of her buddies showed up to gawk at her gargantuan likeness.

There’s an interesting pattern within that trend. Both Valkyrae and Pokimane earned Times Square recognition even though their streaming activity has been limited over the past year. These billboards show that the internet’s biggest stars are transcending content creation. Even though Anys is exploring some offline ventures, she still has enough name recognition that a playlist full of her favorite songs carries some clout. Her billboard may not be as funny as Ludwig’s bidet ad, but it’s an impressive accomplishment nonetheless.