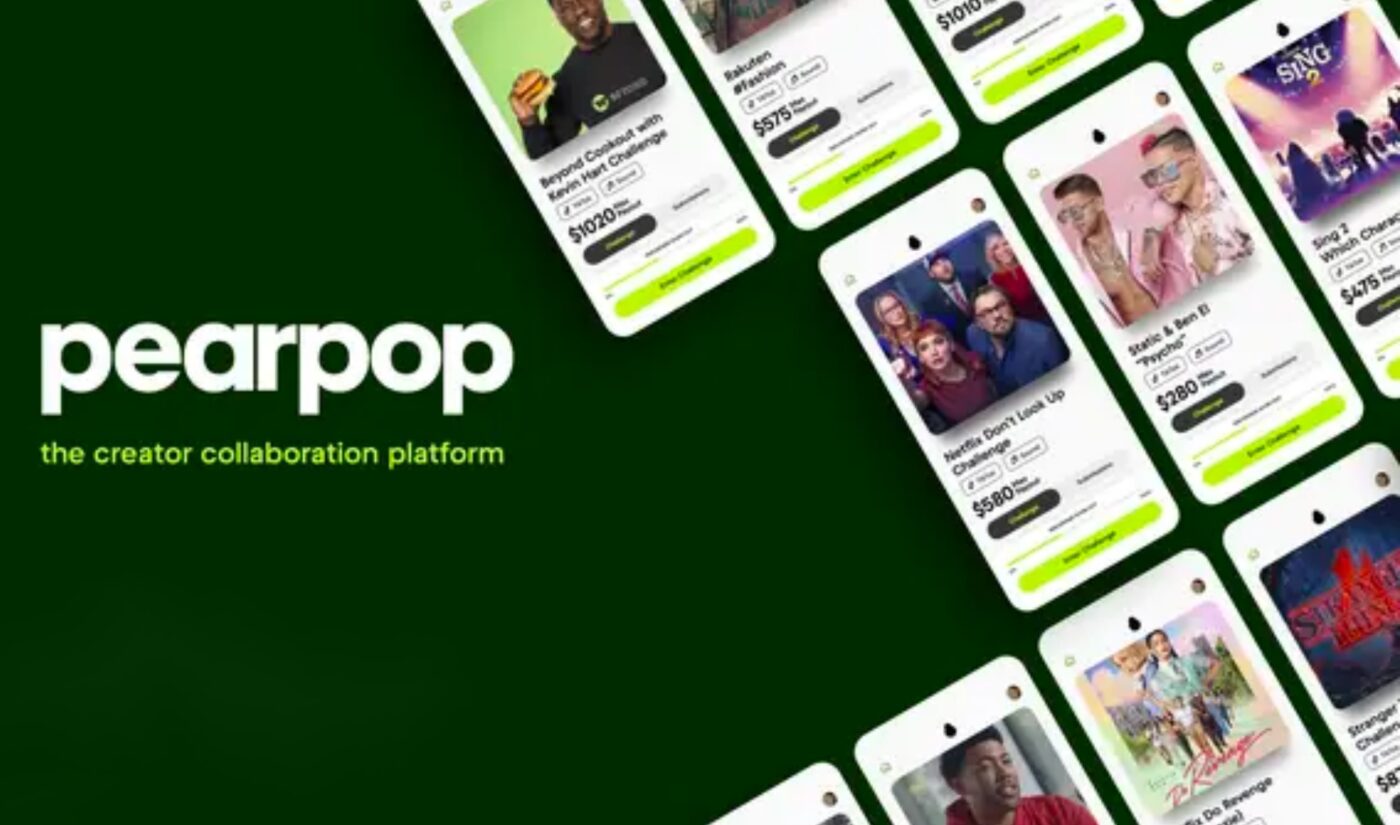 It’s the dawn of a new era at Pearpop. The social media marketing service, which launched in 2020 to facilitate collaborations on TikTok, has raised $18 million in what is being described as an addition to its Series A. On the heels of its fresh funding, Pearpop has also revealed a pair of new products.

To date, Pearpop has raised $34 million. The initial $16 million was raised across two rounds in 2021. Pearpop’s co-founder, music industry vet Guy Oseary, co-led a $6 million injection through Sound Ventures, the firm he operates alongside actor Ashton Kutcher. The additional $10 million was raised in a round led by Seven Seven Six, the fund helmed by Reddit co-founder Alexis Ohanian.

Both Sound Ventures and Seven Seven Six contributed to Pearpop’s latest jolt of capital, which brought the company’s valuation up to $300 million. Pearpop has found success with a pay-to-collaborate model that connects influencers to their biggest fans on social media. Some creators and celebrities, such as Jake Paul, Lil Nas X, and Paris Hilton, have backed Pearpop.

As it has expanded to platforms beyond TikTok, Pearpop has courted corporate partners as well. Its Challenges product rewards individuals who shout-out their favorite brands — the pay rates scale up as those videos receive more views. Now, Pearpop is offering more targeting to brands through Ovation, a new tool that offers social engagement in exchange for creator monetization.

The other new product, Passport, is an audience engagement service built on the blockchain. Several of the names on Pearpop’s investor list are proponents of Web3 technology. Oseary, who is best known as a talent manager, has signed representation deals with NFT creators. Ohanian regularly invests in NFT startups as well.

“We have no shortage of ideas in the roadmap to help Creators earn a living doing what they love,” Pearpop Co-Founder Cole Mason told TechCrunch. “Our long-term vision is to continue to unlock the value of every social media user on the planet, while setting the standard for collaboration and creator monetization.”

In a pitch deck, Pearpop characterized its existing products as “the new standard in creator marketing.” By making the sponsorship process “tech-enabled, measurable, and virtually instant,” the two-year-old company is providing new opportunities for micro-influencers. According to the deck, Pearpop has paid out over $10 million to a user base of more than 200,000 creators. 71% of those payments have gone to creators with fewer than one million followers.