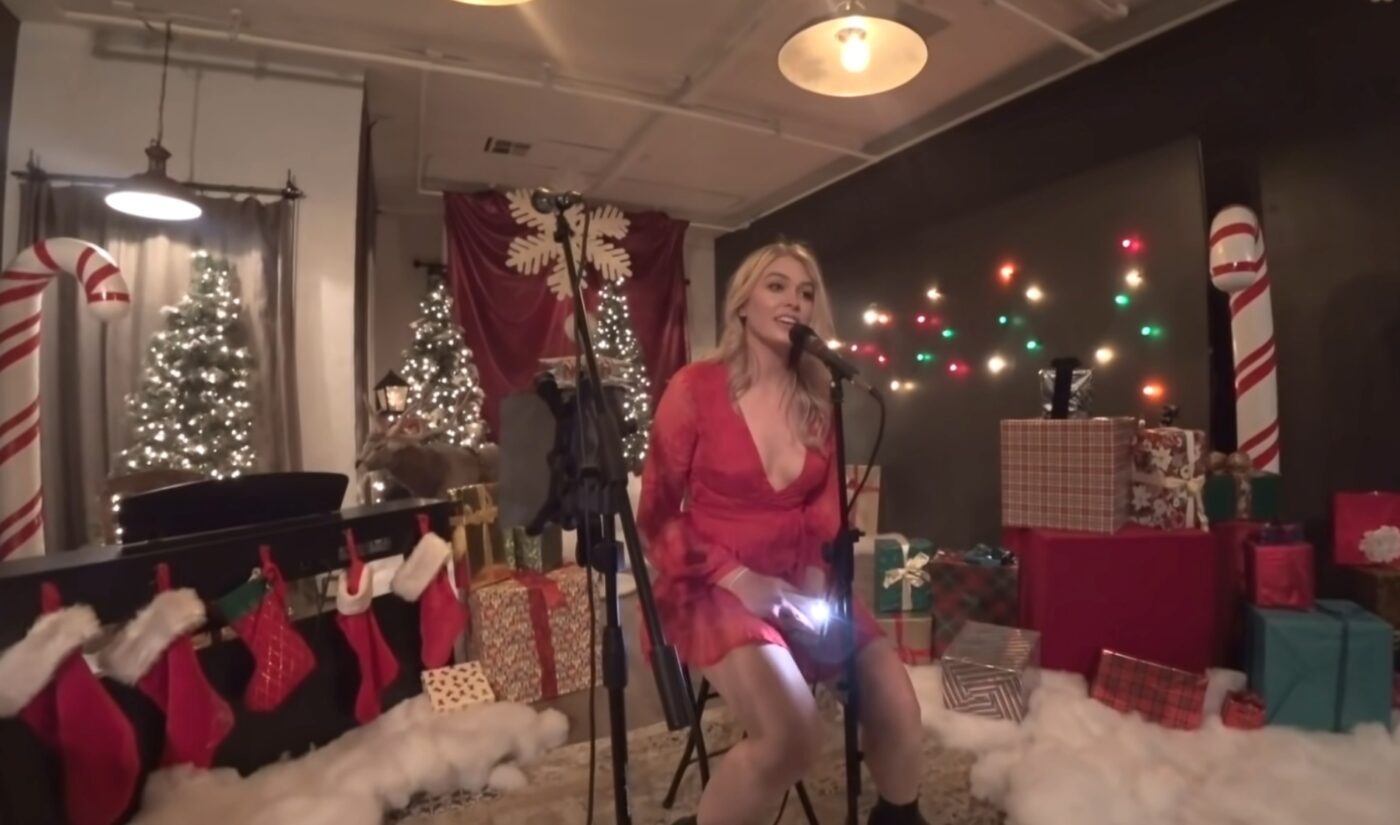 For the second year in a row, Yuletide carols will come to Twitch thanks to QTCinderella. She is the organizer of a Christmas concert that will feature performances from a cast of streaming stars.

QTCinderella (real name Blaire) will host the festive stream on her Twitch account at 9 PM ET on December 2. The self-proclaimed “compulsive event organizer” put together a Christmas event last year and invited Fuslie, LilyPichu, and others to sing their favorite Christmas carols. She capped off the night by performing ‘Baby It’s Cold Outside’ with her boyfriend Ludwig.

The 2022 edition of A Very QT Christmas promises to be “a Christmas show you won’t soon forget,” according to a trailer shared on QTCinderella’s Twitter page. The stream will deliver “vocal and thespian skills” from an all-star cast of influencers, including most-watched female streamer Amouranth, leading VTuber Ironmouse, and professional scrooge HasanAbi. Many of the performers from last year will also return to the stage — even the ones who signed exclusive YouTube Gaming contracts in the interim.

When she’s not belting out seasonal hits, QTCinderella reaches more than 800,000 followers with streams that often take place in her kitchen. She is an expert baker who recently cooked up a cake for a wedding between two Twitch personalities. One of those newlyweds, Natsumiii, had a solo during last year’s Christmas concert and will return to QTCinderella’s stream this December.

QTCinderella is a member of the defunct group Egirl Rejects alongside Justaminx and Kaceytron. She is also the creator of the Streamer Awards, which aired on Twitch earlier this year.

As long as the 2022 edition of A Very QTCinderella Christmas goes well, we can expect the tradition to return in 2023. If that happens, however, the show’s organizer may need to find a new venue. As she admitted on Twitter, the growing scale of her annual event is creating some logistical challenges.