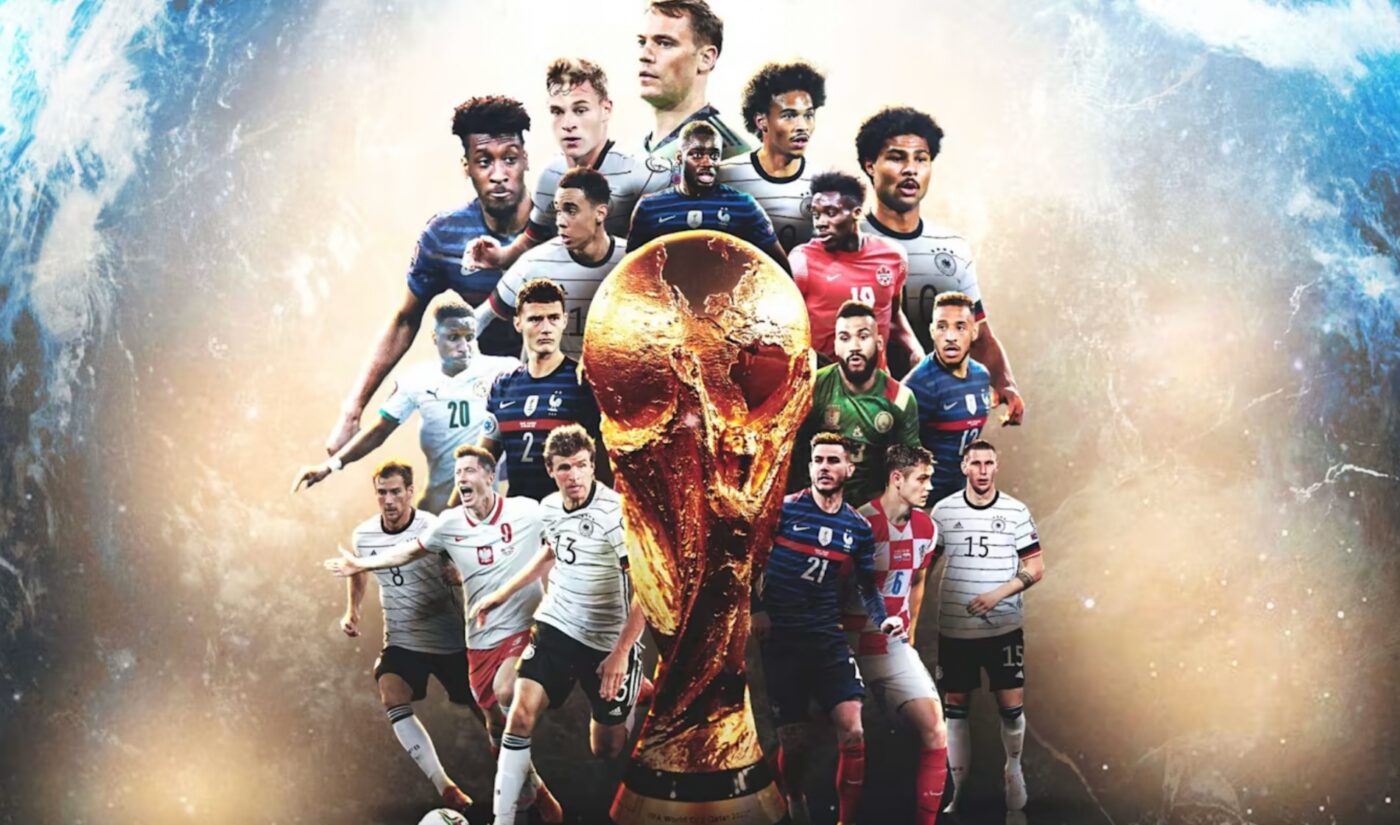 The 2022 World Cup kicks off in Qatar on November 21, and YouTube is the place to go for highlights, commentary, spectator vlogs, and more. The platform has highlighted 11 creators who will attend matches and share their experiences at the biggest event on the soccer calendar.

Some creators will head to Qatar for the first round of games, while others will show up to attend the final matches next month. YouTube stars in the former group include Deestroying, Jesser, and the duo known as Cheeky Boyos. Knockout round attendees will include Carter Sharer and Lizzy Capri.

Deestroying, whose real name is Donald de la Haye, will be traveling to the Middle East alongside his Costa Rican father. Together, they’ll watch their Ticos take on Spain (whose coach, Luis Enrique, will offer some World Cup perspective of his own).

The 2022 World Cup will be the first edition of the tournament to ever be held in the Arab world. To celebrate that fact, YouTube has also included some Arabic creators in its starting XI: Noor Stars and Rima will attend early matches, while Ahmad Aburob, AboFlah, and Saba7o Korah will show up later in the tournament.

YouTube’s contributions to World Cup fever won’t just come through individual creators. On FIFA’s official channel, fans can relive matches from World Cups past. As this year’s games take place, highlights will show up on the channels of local distributors. In the United States, the FOX Sports channel will be the place to see all the goals, saves, and scandalous plays.

Meanwhile, with its Shorts, YouTube will boost the ecommerce initiatives it has rolled out throughout 2022. Creators who submit videos to the #FIFAWorldCupChallenge will show the world their matchday outfits. Those videos will be shoppable; users will be able to purchase official World Cup shirts through YouTube Shorts.

YouTube’s competitors have their own plans to capture World Cup fans. TikTok’s Chinese analogue, Douyin, will stream all of the matches for free in its home country. Top TikTok star Khaby Lame has also been named as a FIFA ambassador ahead of the quadrennial event.

FIFA needs all the goodwill it can get: While some creators are celebrating soccer’s biggest stage, others are criticizing the international body that organizes it. FIFA has faced corruption allegations ever since it awarded the World Cup to Qatar in 2010. Norwegian musician Rasmus Wold satirized FIFA’s shadiness with a song that urges fans to “never mind the slavery” that helped build Qatar’s soccer venues.

This is a contentious edition of the World Cup, but even Wold admits that viewers around the globe will “watch football anyway.” Much of that traffic will run through YouTube, where the most memorable kicks will live on for years.