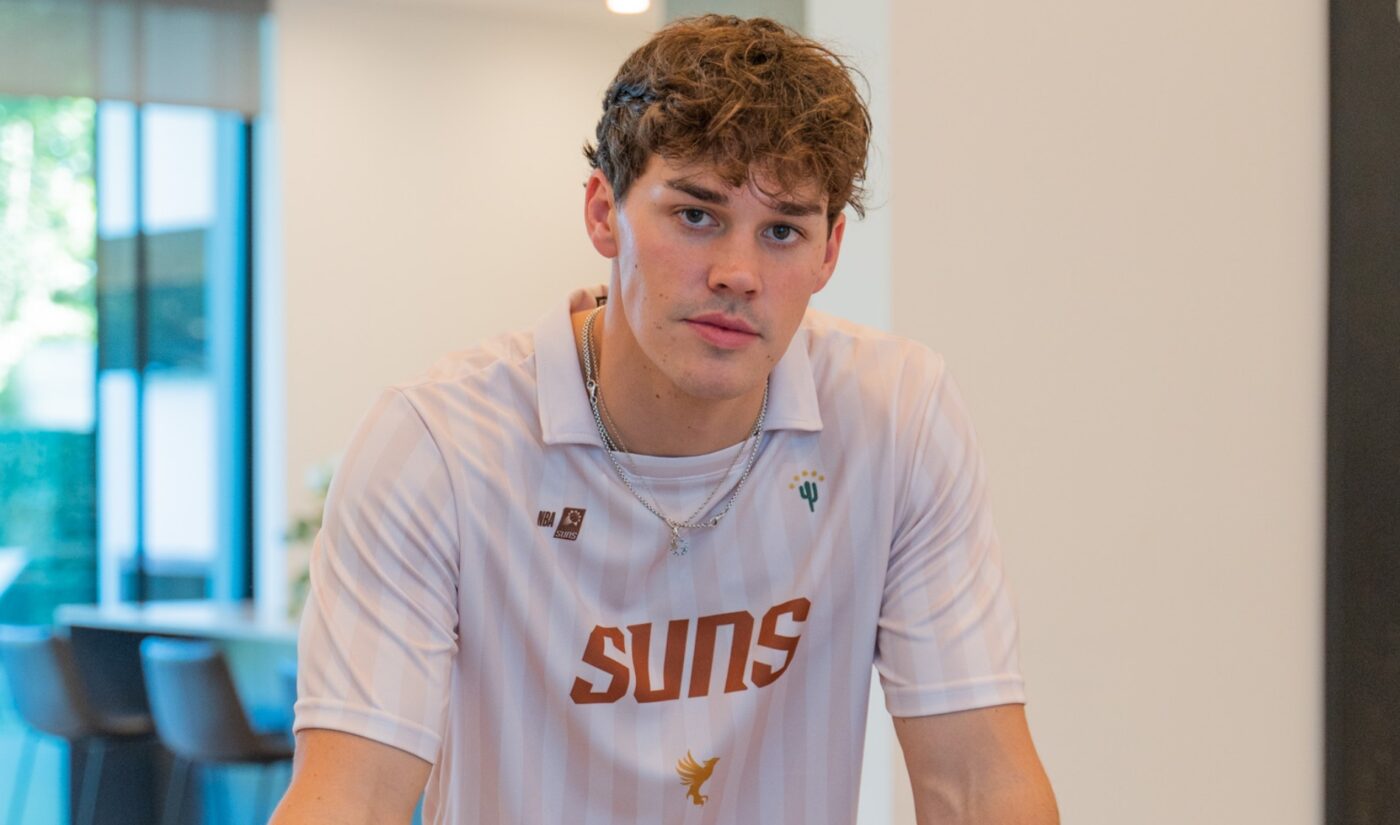 House of Highlights is giving four creators the chance to combine their fashion senses with their basketball allegiances. The online video destination, which exists under the umbrella of Bleacher Report, teamed up with the NBA to launch team-specific capsule collections devised by Noah Beck, Flight, FaZe Rug, and Kenny Beecham.

The collections, which will be of particular interest to Suns, Warriors, Lakers, and Bulls fans, are available through an official store. House of Highlights is aligned with Bleacher Report, a one-time Turner subsidiary that is now part of Warner Bros. Discovery Sports.

Each of the participating creators designed merch that matches the character of their respective channels. Flight is known for saying “look at Curry man, so inspirational” in response to Steph Curry’s greatest plays. Now, Warriors fans can buy tees, hoodies, and duffel bags with the phrase “so inspirational” written on them. If you pull for a different California team, you can shop FaZe Rug’s Laker-themed collection, which includes a literal rug.

Beecham and Flight are known for their collaborations with House of Highlights. The basketball-themed channel, which hosts leagues and tournaments, has made great use of creator-driven branded content.

Other capsule designers are known more generally for their sporting exploits. Beck’s status as an expert soccer player inspired his Phoenix Suns collection, which he is styling in the above image.

“House of Highlights is a singularly unique platform for creators, providing them with access to our network and audience along with the ability to tap into our League partners like the NBA for collaborations like this,” said House of Highlights VP Drew Muller. “The NBA empowered us to dream up a collection that puts the creators in the driver’s seat, leading the design process and deciding how to translate their personalities and fandom into official team merch that can authentically connect with fans.”

The tees in the capsule collections retail for $34, while the hoodies will run you $68 apiece. Beecham’s Bulls bomber jacket costs $88.