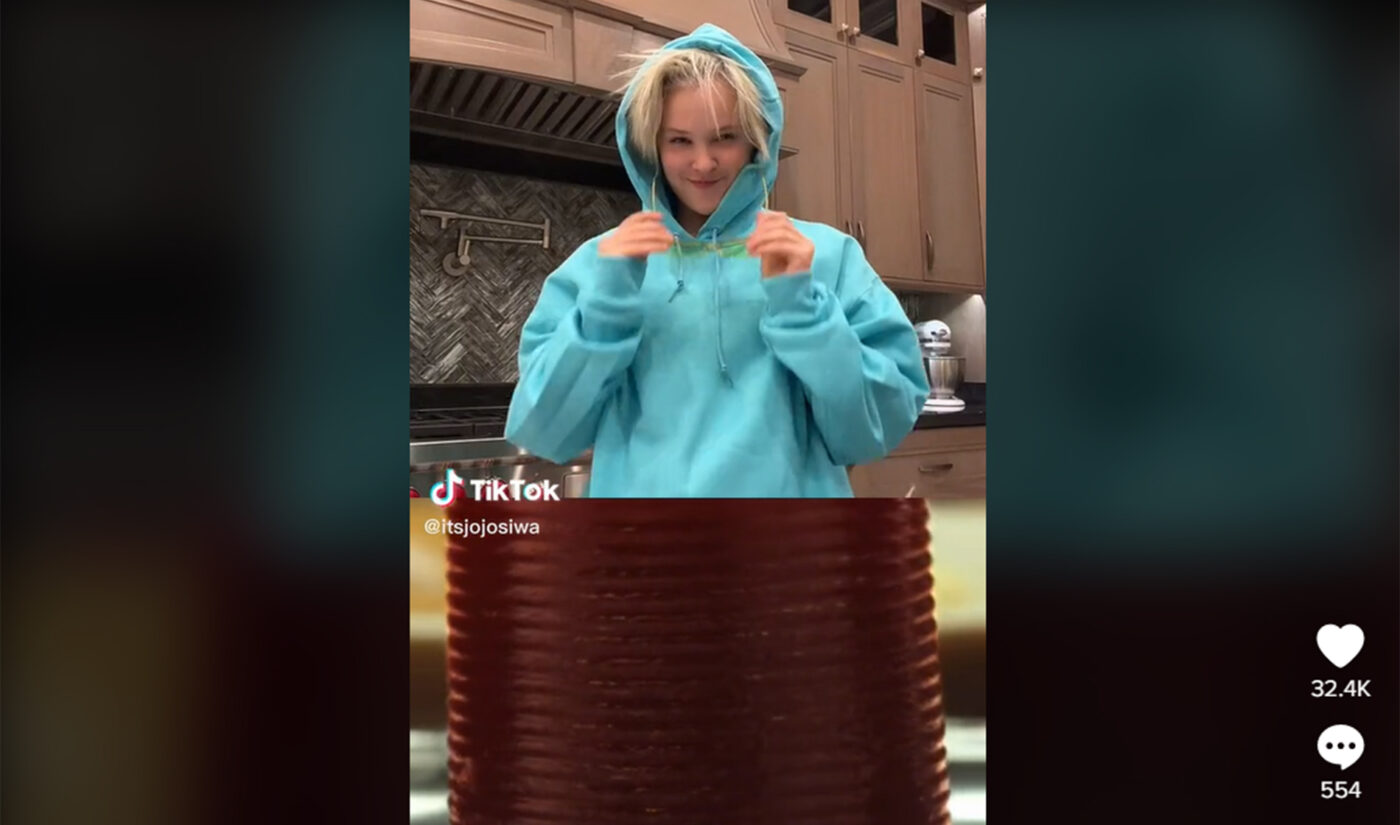 The cranberry brand has been keeping a close eye on TikTok. Back in 2020, it surprised Nathan Apodaca—a creator who went viral with a video where he sang while skateboarding and drinking a bottle of Ocean Spray—with a new truck and at least a month or so’s supply of juice.

@itsjojosiwa #duet with @oceanspray #jigglewithus into the holidays, aka Ocean Spray cranberry sauce season!!! Because my holidays are anything but boring. Show me what you got. #ad ♬ Wiggle Wiggle Jiggle Jiggle – Ocean Spray Inc.

Siwa, as Ocean Spray’s partner for the campaign, was the first to duet the jiggling cranberry. In the last week, her video’s generated 1.8 million views, and around 90 other TikTok users have followed in her dancing footsteps to create their own duets.

Dan Hamilton, Ocean Spray’s head of marketing, told Digiday it hopes campaigns like Siwa’s help with “Gen Z beginning to relinquish previous perceptions of Ocean Spray as something only their parents drank or that their family ate at Thanksgiving.”

The company chose Siwa for this campaign because she apparently genuinely enjoys eating its cranberry sauce all year round.

“We wanted someone who, like the cranberry, also brought the party and would have fun dancing and wiggling with our cranberry sauce,” Hamilton said.

Digiday reports Ocean Spray has spent $8.6 million on marketing so far this year, with 30% of that on social media campaigns and 45% of it spent on video ads.