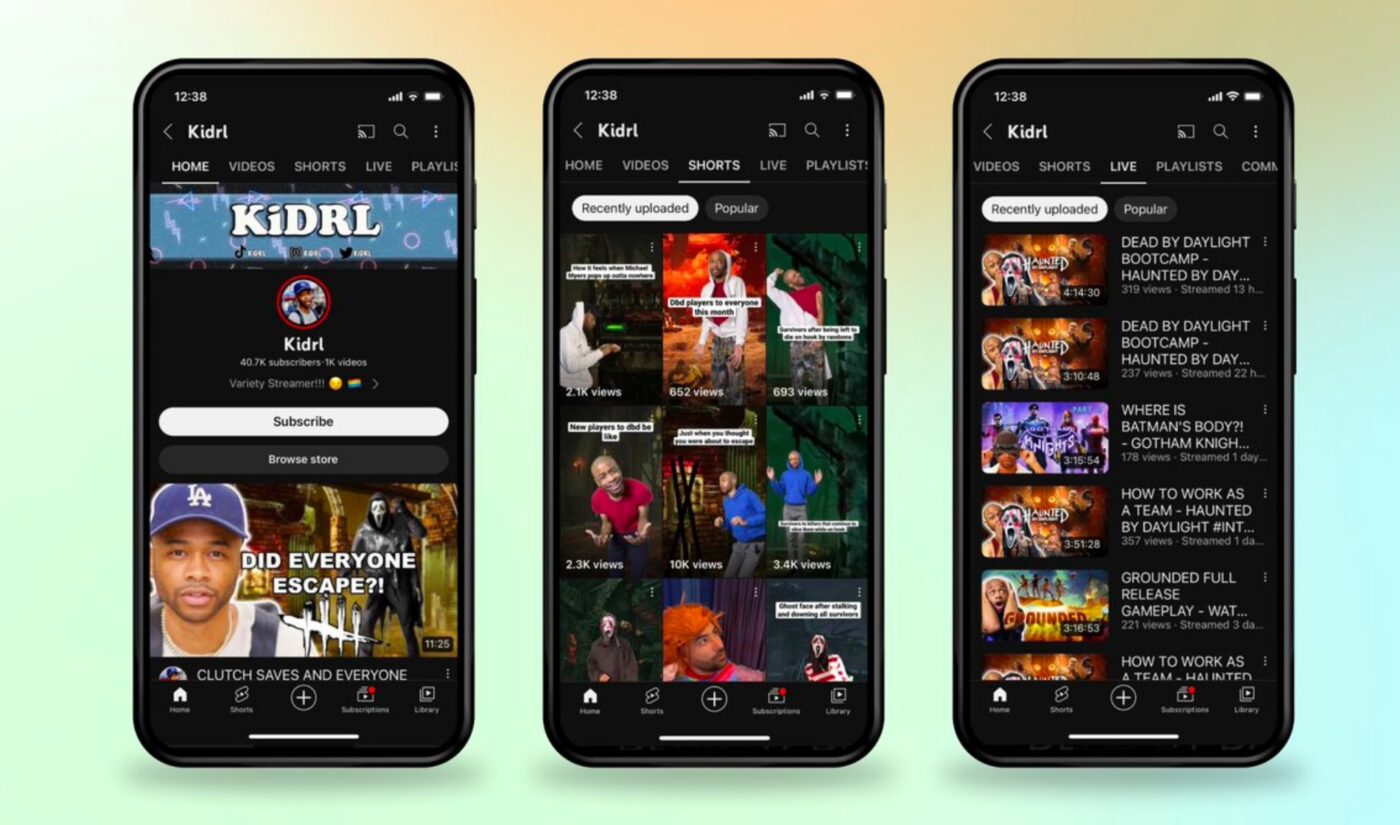 For months, YouTube has been urging its homegrown community of creators to adopt a “multiformat” approach. Its latest update does even more to encourage that strategy.

The world’s leading video site is rolling out a change for its channel pages. The three main formats of YouTube content — long-form videos, short-form videos, and live streams — will be split into different tabs.

Neal Mohan, YouTube’s Chief Product Officer, previewed the new layout in a tweet. Creators like MrBeast, Ludwig, and Marques Brownlee replied to Mohan in order to show support for the shift.

We’re now rolling out a new update that will split your video content into 3 separate tabs!

These creators are happy because the new layout will make it much easier for fans to discover new videos. YouTube users who observe the platform’s best practices tend to upload far more Shorts than long-form clips (especially since the shorter videos can be produced much faster). That trend often buried new long-form uploads and streams under an avalanche of Shorts.

To get around that issue, creators like Brownlee launched new channels dedicated to YouTube Shorts. Now, they’ll have a much simpler solution to that problem.

In a brief post, YouTube acknowledged that pressure from creators played a role in the development of the new layout. “Based on your feedback, we’re beginning to roll out separate tabs for Shorts, live streams, and longform videos on all channel pages,” the post reads. “We’ve heard that this will make it easier for viewers to discover the kinds of content they’re most interested in when exploring a creator’s channel page, so we’re excited to bring this to you all!”

YouTube said that the change has begun to roll out and will arrive across all channels “in the coming weeks.” The distinct tabs will be accessible on both iOS and Android devices, as well as the desktop version of YouTube.

Though this decision will greatly improve discoverability on YouTube, some of the site’s users would like to see the separate tabs spread even further. One additional update that has been bandied about: It would be great for a viewer’s subscriptions to be split into the same three-tiered layout. Perhaps that’s next on YouTube’s to-do list.