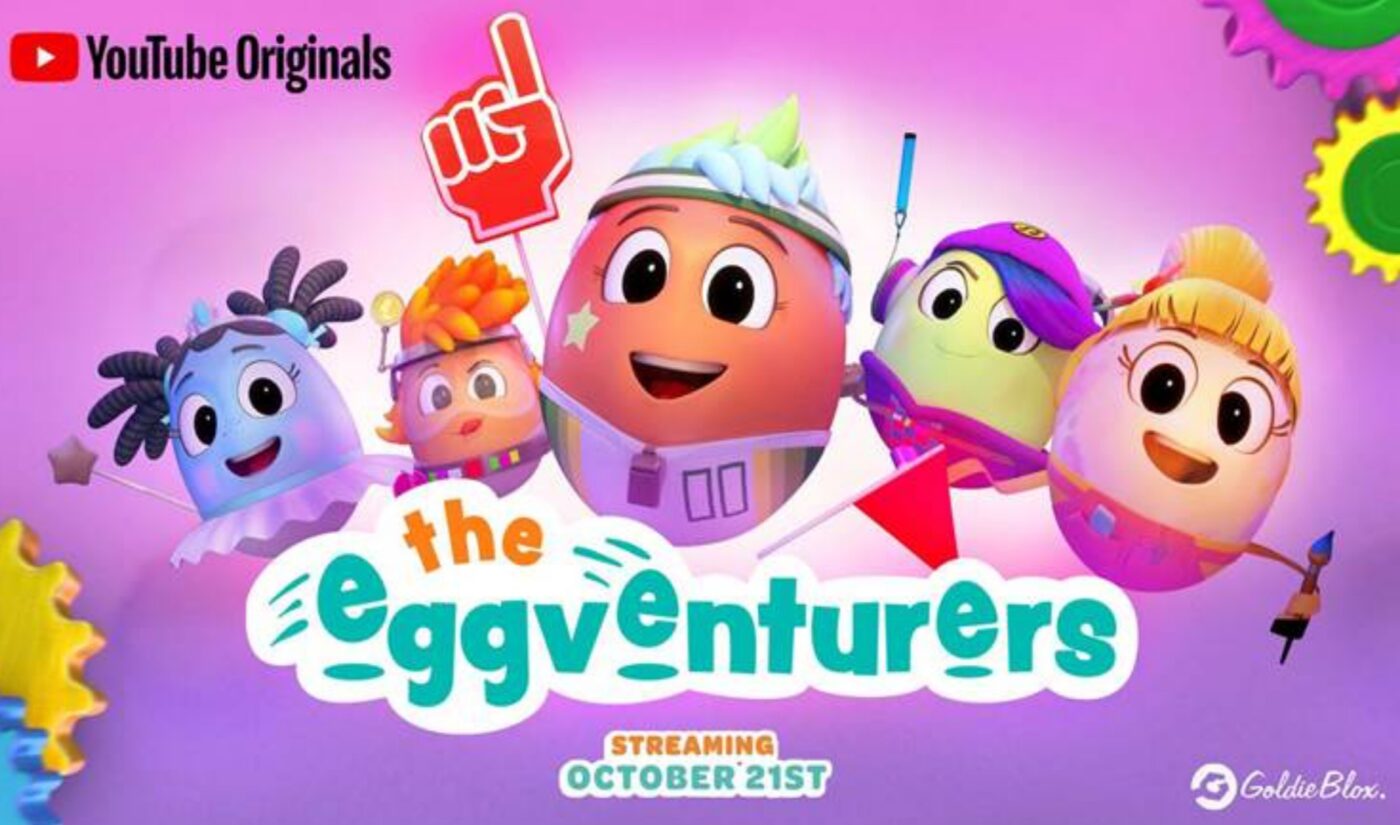 Since launching a channel of its own in 2012, GoldieBlox has paid close attention to YouTube. The toy company has collaborated with a handful of notable creators, including Karina Garcia and Simone Giertz.

For its latest series, GoldieBlox is partnering with YouTube itself. It has teamed up with the platform’s YouTube Originals unit for The Eggventurers, an animated series that will use anthropomorphic eggs to convey scientific concepts to children.

In each episode, the titular Eggventurers use simple machines, problem-solving skills, and other scientific concepts to “crack” cases without cracking their shells. The series is aimed at preschool-age children and is designed to be light on words but big on fun. As seen in the show’s trailer, the heroic group of ova will assemble Rube Goldberg-style contraptions. With their pulleys, levers, and inclines, The Eggventurers can entertain their impressionable audience while simultaneously modeling the basic forces of physics.

“The Eggventurers is a dialogue-minimal yet entertainment-heavy show for preschoolers that centers around its lovable characters, amazing machines, and problem-solving adventurers,” said Craig Hunter, Global Head of Kids & Family Originals for YouTube, in a statement. “The series fosters imagination, creativity, trial and error, and teamwork in a relatable and fun way.”

GoldieBlox produced The Eggventurers alongside Mainframe Studios. The latter company has worked on several animated YouTube Originals, including The Guava Juice Show, another kid-friendly offering.

Though YouTube’s Originals department has scaled back its activity in 2022, the platform continues to deliver new programs for its youngest viewers. Recent releases that have arrived on YouTube Kids have included the musical series Behind the Beats and new installments of Tab Time, a hit show from host Tabitha Brown.

The Eggventurers premieres on YouTube Kidson October 21. New episodes will drop each Friday.