YouTube Millionaires: Paul Tweddle is a pop culture fanatic–and he spares no spoilers 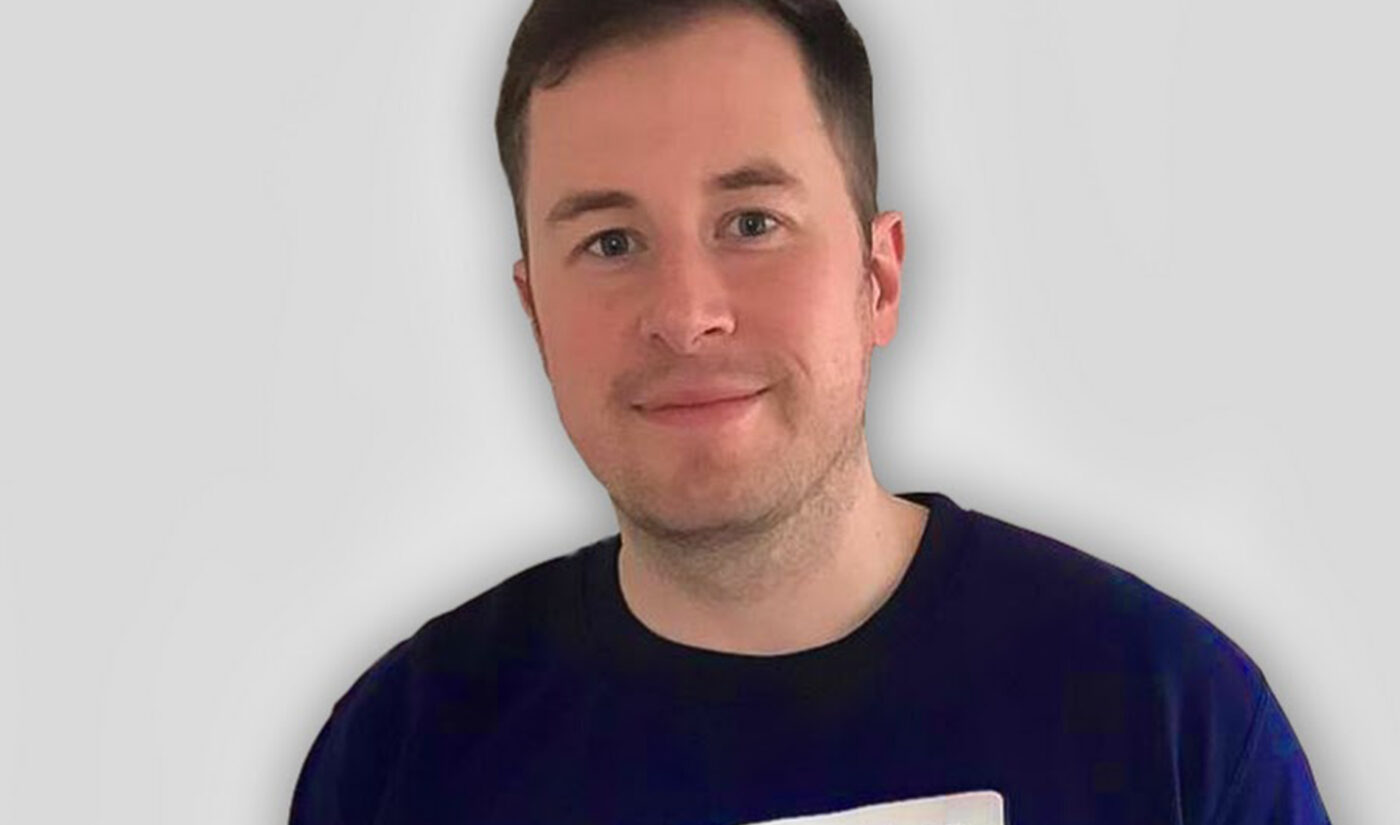 Skipped an episode of House of the Dragon? Want to know what you missed in Jordan Peele‘s latest horror masterpiece?

Paul Tweddle has you covered–as long as you don’t mind some spoilers.

Like many YouTubers, Tweddle didn’t actually intend to become a YouTuber. He got his start in pop culture reviewership with classic Batman comics, but around the time he was reviewing them on his personal blog, DC gave its 2016 film Batman v Superman: Dawn of Justice the ultimate edition treatment. Tweddle wanted to review that too, but not in written form like usual. So, he filmed a video and posted it on YouTube.

The response from YouTube viewers shocked him. He went to bed and woke up to 6,000 views, which “completely dwarfed my views on my website,” he said. Realizing there may be something to the whole YouTube thing, he started regularly making video reviews–and now, a million subscribers later, he’s here, posting new, in-depth uploads almost every single day.

Tubefilter: Congratulations on hitting one million subscribers! For those who don’t know you, can you tell us a little about yourself? Who are you and where are you from? What did you get up to before launching a YouTube channel?

Paul Tweddle: Thanks so much. I originally grew up in Newcastle Upon-Tyne but I moved out to South Shields about six years ago with my wife. I’ve always been someone who was into reviewing things and I’ve still got scrapbooks from when I was a kid with my reviews on movies like The World Is Not Enough. Before YouTube I’d done a lot of jobs like bartending, call center and shop work, and I sort of drifted about from place to place without ever really feeling like I’d settled.

I always had an interest in technology, though, and I decided one day that I was going to become a social media manager after speaking to a friend who was currently doing it. It was a difficult field to get into without any experience, though, so I messaged lots of startup businesses saying that I’d run their social media accounts for free just to get some experience in place. I also helped to run a Facebook page called Geordie Bible, which I grew to about 20,000 subscribers until it was shut down by LADbiblefor being too similar to them.

Then some actual jobs started popping up and I managed to get accepted onto a graduate apprenticeship scheme for web design. This taught me a lot of skills such as SEO, graphic design, how to write copy, and so on and so forth. I decided to launch my own website reviewing things and it just kind of spiralled out from there.

Tubefilter: How did you end up on YouTube? What made you want to start a channel?

PT: So I’ve always been a massive Batman comic book collector and I probably have about 100-200 graphic novels on him. I initially based my website around reviewing them all in chronological order and making a definitive list of the best to worst.

During this time Batman v Superman had just received its ultimate edition, and after watching it I thought I’d quickly throw together a review on it that I could post on YouTube. I bought a headset and recorded some voiceover over the top of Arkham Knight footage as I was playing on my PS4 and then published the video.

It got about 6,000 views overnight, which completely dwarfed my views on my website and that made me realise that YouTube was the place I needed to be.

Tubefilter: How do you choose what media to cover?

PT: I honestly just tend to go with stuff that I’m actually interested in. I think once you start trying to second-guess things, then you end up second-guessing that, and it just leads to you being completely unsure over what to cover. So these days if I’m interested in it, I assume that others will be too, and just go with that.

Tubefilter: How have things changed for you since you started your channel? What has being on YouTube done for you personally and professionally?

PT: YouTube has massively changed my life. I’m really lucky that the channel has been successful and it’s taken care of me and my family financially. It’s crazy that I can make a job out of just sitting in a room talking about movies, and I feel so lucky to be doing it. Though a lot of anxiety comes with it, too, as it’s based heavily on popularity, I do feel a lot happier in general that I get to be my own boss that can cover this stuff.

We’ve just had twins as well, so it’s nice being able to spend time with them as I work from home.

All in all, it’s really made my dreams come true.

Tubefilter: What’s the average day (if such a thing exists) look like for you? You have a pretty heavy—no pun intended—production schedule, so how much time do you spend watching things, filming your reactions, editing…?

PT: So mornings I wake up at 6 a.m. and work on a script. Around about 8, I start to record it so that it can be ready for my editors at 9.

Things can be different, though, as sometimes shows will release at 8 and I’ll sit and have a watch along with them and then I’ll send bits of my audio through so they can make a start. Normally by the time I finish the entire script, they’re sending things back, and then we kind of piece everything together for the final edit.

Tubefilter: How many people are on the Heavy Spoilers team? Do you have editors working with you? A manager?

PT: So there’s myself, my wife who does a lot of the admin stuff, our head of editing Steven, our junior editor Matt, and our new co-host Jared.

Everyone kinda jumps back and forth between roles and though I’m trying to move away from editing, I still end up doing some if we have a busy day. Steven is really talented at putting videos together and Matt has a great knowledge of comics, movies, and TV shows, so it massively helps out having him on the team. Jared brings a lot too and I’m hoping to get him involved more to take the pressure off me as I work about 60-70 hours most weeks.

Tubefilter: What draws you to media critique/coverage? What makes you passionate about it?

PT: I think it’s just the idea that there’s deeper things to what we consume. I love dissecting and discussing movies because I think they offer a lot of perspective on who we are. This fascinates me and I love talking about them.

Tubefilter: What’s your favorite thing about being on YouTube?

PT: Probably just the fact that it’s given me a place to turn my passion into a job. It rarely ever feels like work because it’s something I’d likely be doing even if I wasn’t getting paid. This all evolved organically and now it’s at a point where I feel proud of myself for building my own business.

A lot of my life I felt like I was stuck doing jobs I didn’t really want to for barely any money. YouTube has removed all that, and I feel really lucky to be able to get up every day and do what I love.

Tubefilter: Do you have any upcoming plans or goals? Any cool projects you can talk about?

PT: We have just launched a clips channel that will be smaller, one-minute videos that just talk about singular topics rather than lots of different things in a video.

I don’t really have any major plans to change things, as I’m still enjoying what we’re doing at the moment.

Roll on the 2 million.