YouTube Millionaires: TYE Arcade can win almost any claw machine–and he wants to help his viewers do it, too 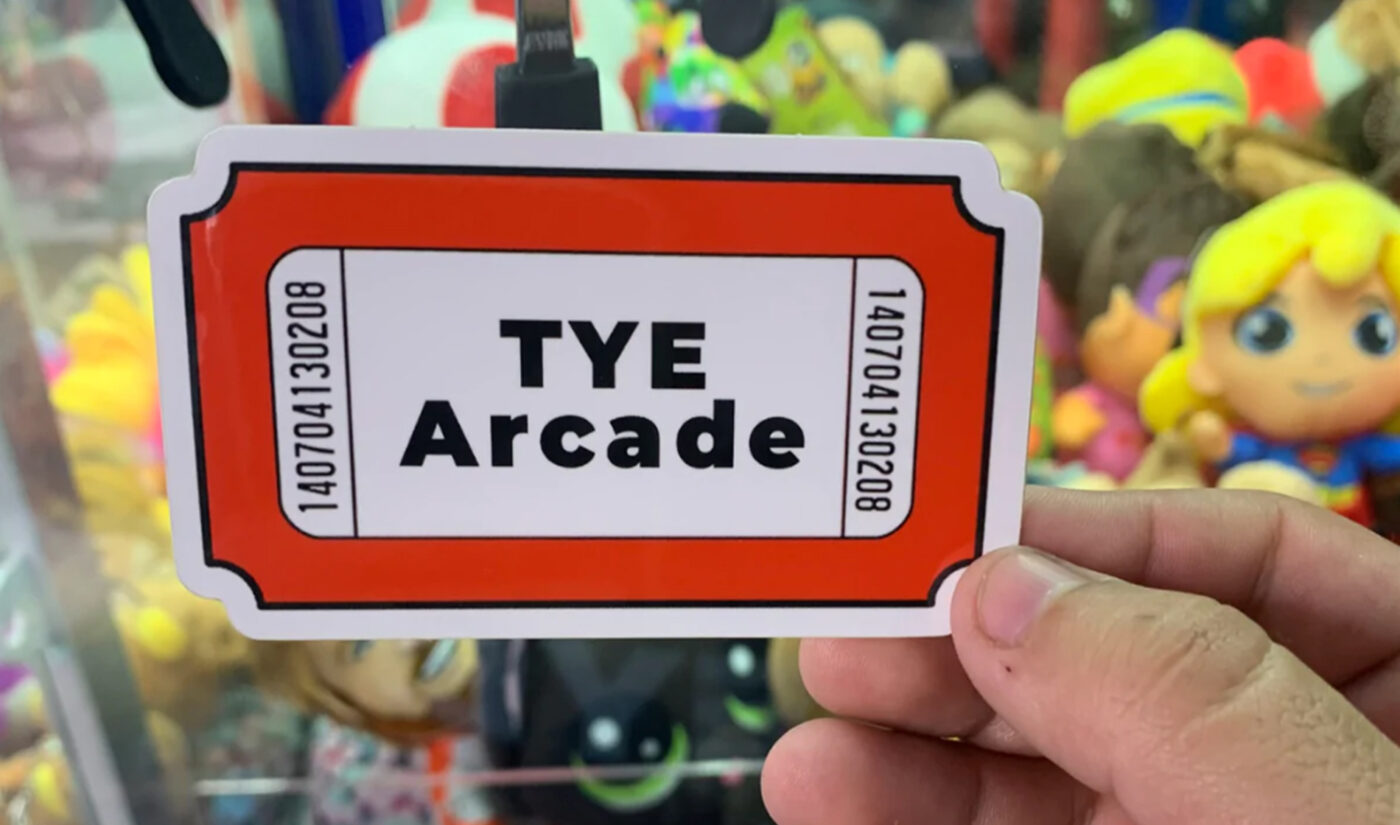 If you ran into TYE Arcade on the street, you’d probably hear him jingling.

Whenever he’s out and about, he keeps ten bucks in quarters on him. “Just in case,” he says.

Just in case what? Well, just in case he comes across an arcade machine.

Claw machines–those fickle beasts–are his specialty. As a kid, he heard they were basically impossible to win, so when he managed to best one at age 12, he was instantly hooked. He didn’t even care about the prize. He cared about the winning. If he could do it once, he thought, he could do it again.

And so began a lifelong passion–one that’s now his full-time job thanks to YouTube. TYE Arcade has been making videos there for years, bouncing from niche to niche. His uploads never really caught on…until YouTube rolled out Shorts. After its debut, TYE’s short-form videos (where he documents his wins on cool machines with trendy prizes) started generating millions of views a month, and not long ago, his channel crossed one million subscribers.

Tubefilter: So first, congratulations on hitting one million subscribers! For those who don’t know TYE Arcade, can you introduce yourself? Who are you and where are you from?

My real name is Jonathan but many people know me as TYE Arcade. I am known for making arcade videos—more specifically claw machine videos. Many people look at my channel size and label me as an “influencer” or say that I’m “famous,” but I am just a regular guy who is obsessed with the claw machine and is blessed to have the opportunity to do this as a full-time job. I was born in Chicago, Illinois, but I was raised in San Antonio, Texas.

Tubefilter: What makes you so passionate about arcade and claw machines? Was there a specific one that made you fall in love, or…?

TYE Arcade: For me it is the feeling of getting that win from the claw machine that is just so addicting. It would have to be my very first claw machine win at around the age of 12 years old at a Walmart claw machine. It was not even that good of a prize that I won, but it was the fact that I was able to win something out of a machine that people say, “It’s practically impossible to win.”

Tubefilter: When and why did you decide to start a YouTube channel? What inspired you to do it?

TYE Arcade: Growing up, I watched many different channels on YouTube, and I just knew that I wanted to make videos just like some of my favorite creators. I created my first channel at 13 years old—a channel called LegoJCreator321, where I posted videos reviewing different LEGO sets I had. I have made everything from LEGO videos, stop-motions, skits/short films, gaming videos, vlogs, arcade videos, and business videos.

After making many different kinds of videos, nothing was sticking…until 2020, when I started making arcade videos again and they just took off. The main people who inspired me to start making videos would be Arcade Matt and McJuggerNuggets.

Tubefilter: Your channel has grown pretty rapidly! Do you remember when your videos started catching on and getting views?

TYE Arcade: Yes, in the month of December of 2020 my channel started to blow up. I received over 2 million views that month. I had no idea what was to come in the following years.

Tubefilter: I feel like finding a niche can be difficult for creators, so can you talk about why you were certain that’s what you wanted to center your channel around? Did you know if there was a big opportunity there to find other enthusiasts on YouTube?

TYE Arcade: When I first tried making videos, they did not perform very well, so I moved on to a different niche. Then, many years later, I gave arcade videos another shot and it just took off.

Tubefilter: Do you have a set production schedule? Do you aim to post a specific number of videos per week? How often do you film?

TYE Arcade: I normally record and edit six days out of the week, and I normally leave myself one day to rest.

For filming, I normally try to film something every day out of the week, whether I’m at home filming videos with some of my machines or I’m at the arcade.

Tubefilter: How do you choose what to film? What will make you decide to stop and film a machine?

TYE Arcade: You could ask anyone that knows me personally. If I find a claw machine while I’m out in public, it’s a must for me to play it. I always have around $15 in $1 bills and $10 in quarters on me at all times, just in case.

Now, even though I always play the claw machine whenever I see one, that does not mean that it will make the cut for a video. The main things I look for are extremely cool and unique prizes, a crazy claw machine win, and claw machine prizes that are tied to a big trend/franchise, just to name a few.

TYE Arcade: As of right now, it is this video that I made last month called “I Opened Up The World’s First FREE Claw Machine,” where I let people control my claw machine virtually for free, and if they won I shipped them the prize. It was something that was so fun to make and it’s something I plan on doing again in the future to give back to my fans. My favorite prize won was this girl who had won two prizes once, a Bunzo Bunny plush and a Freddy Fazbear plush.

Tubefilter: How have things changed for you since you started your channel, personally and professionally?

Tubefilter: What else do you get up to outside of this channel? Do you have other entrepreneurial pursuits? Any other hobbies?

TYE Arcade: I own a small vending machine in my local city and it is still something that I keep up with and service to this day. I am also a massive fan of LEGO, I actually always have a bowl of LEGO bricks on my desk to mainly fidget with and express my creativity.

TYE Arcade: It is a mix between filming videos and uploading them, something about reading the comments and responding to fans is some of my favorite parts of my day.

Tubefilter: Do you have any upcoming plans? Any cool projects you’re working on? Let us know!

TYE Arcade: I am actually working on more higher-budget videos like “I Opened Up The World’s First FREE Claw Machine” to give back to my fans.