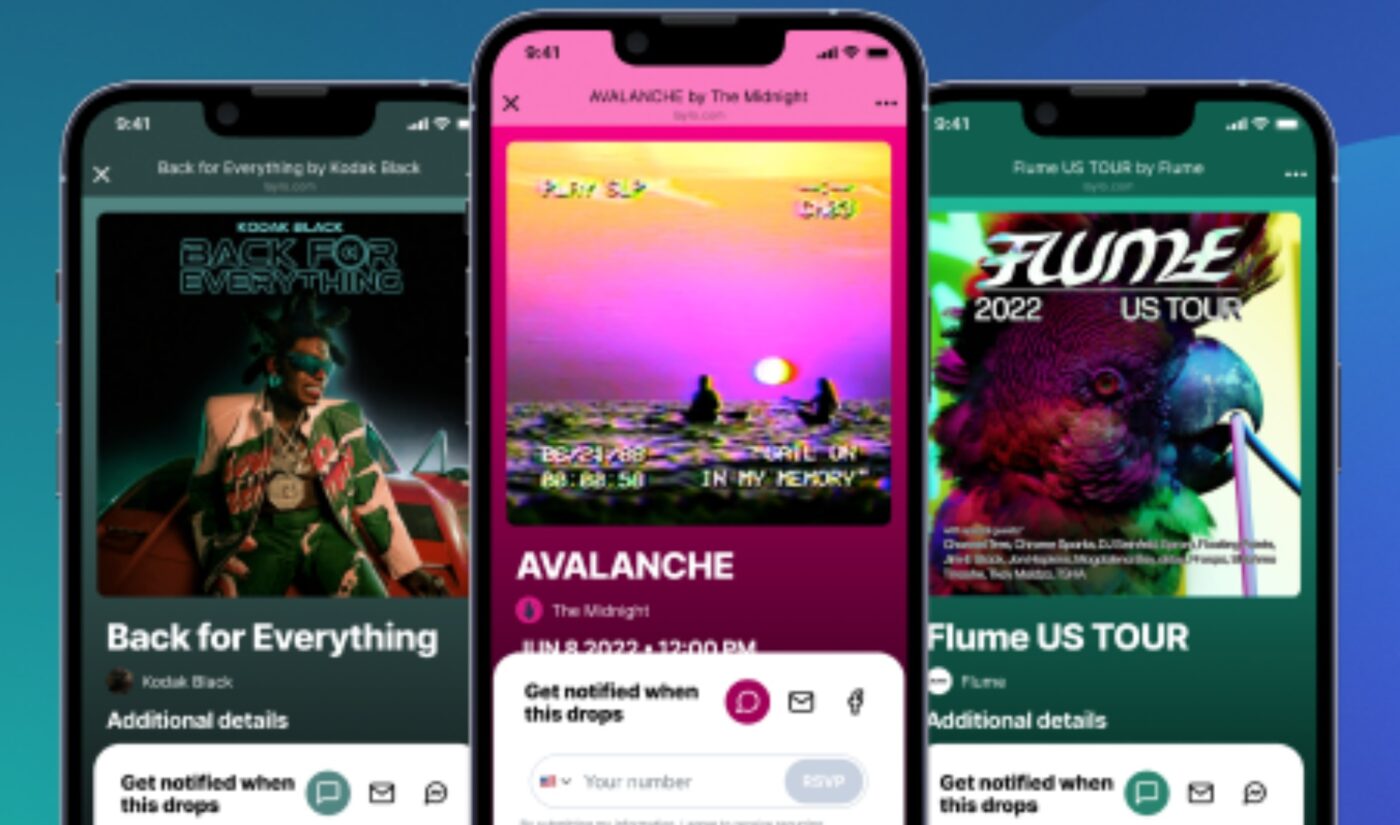 Despite what its name might imply, Laylo is not laying low. One year after its launch, the startup has built a customer relations management (CRM) platform used by musicians, podcasters, gamers, athletes, and creators. Now, the company known for its role within the so-called “drop culture” has announced a strategic investment that brings its total funding up to $8 million to date.

Laylo’s platform lets its users organize drops, which can be used to release new merch, music, media, or digital collectibles. The company’s Co-Founder and CEO, Alec Ellin, said that Laylo’s tech drove “tens of millions” in drop-related sales this year. “We give creators the ability to launch incredible drop experiences for their fans without having to stitch 20 tools together and spend a fortune,” Ellin told Tubefilter. “At the end of the day, with Laylo, creators get the marketing, messaging, and fan engagement tech that was only available to Nike and Sephora in the past.”

Ellin admits that culture “never stands still,” so while Laylo is best known for drops, it has used strategic partnerships to expand its CRM platform. Among other deals, a pact with Acast brought podcast distribution to Laylo users, and link-in-bio tools are integrated through Hoo.be. With the funding that comes from this latest investment, Laylo will focus on growing its team, expanding into new verticals, and increasing the speed at which it launches new features.

Laylo is available for creators of all sizes, but the platform has attracted some high-profile partners during its first year on the market. Notable users include TikTok star Dixie D’Amelio as well as actor Miles Teller and numerous musical stars, such as Sam Smith and Kodak Black. But Ellin told Tubefilter that anyone can take advantage of a Laylo-based drop so long as they have fans who are “engaged and excited.”

“The next 12 months, we’re going to be quietly everywhere,” Ellin told Tubefilter. “Our goal is to power the dopest drop experiences around the world in everything from merch to content to tickets. This year, if you see a drop you like, it’s powered by us.”

Laylo was co-founded by Ellin and Saj Sanghvi. It is based in Los Angeles.