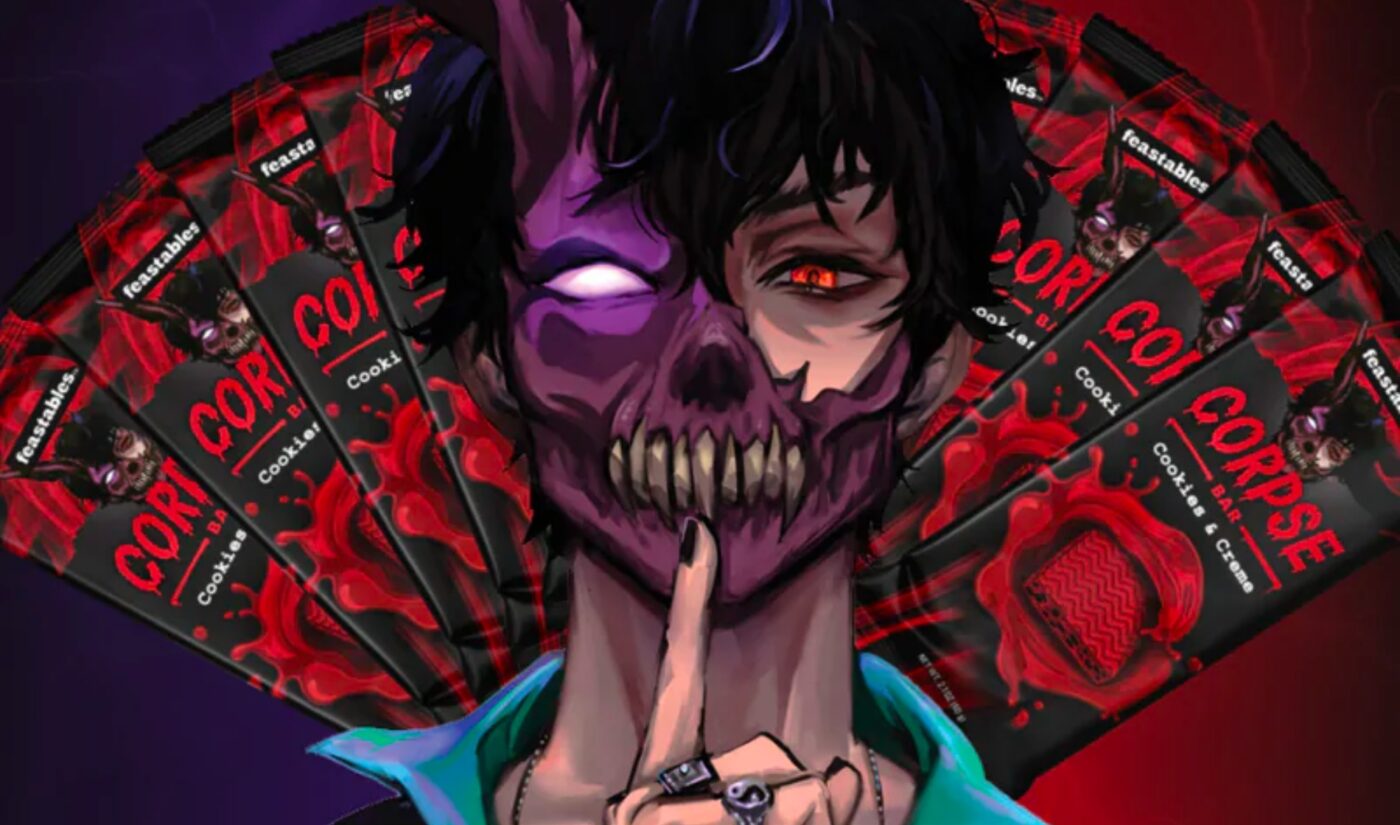 Halloween is right around the corner, and Jimmy Donaldson wants you to celebrate spooky season by eating a Corpse (Bar). The man known as MrBeast has teamed up with the deep-voiced streamer Corpse Husband to add a new snack to the Feastables brand.

The Corpse Bar is a cookies-and-creme-flavored dessert with a blood-red color and a white chocolate base. The limited-edition item is the first Feastables product to be made with dairy, but it is still advertised as a more nutritious alternative to Hershey’s and its ilk. “[Corpse] crushed it with this one,” Donaldson tweeted. “The design and taste is genuinely insane.”

We partnered with @CORPSE to launch this Cookies & Creme Corpse Bar! He crushed it with this one, the design and taste is genuinely insane 😍😍😍https://t.co/4MjqaMTclz pic.twitter.com/rZDw1waUaT

Feastables recently expanded its presence at Walmart, but the Corpse Bar is only available through the Feastables website. A box of ten bars retails for $29.99. Customers who buy three boxes together receive a $15 discount and a Feastables t-shirt.

Between October 10 and Halloween, Corpse Bar buyers will be entered into a giveaway. The prize is a “Corpse hoodie,” which will be delivered to 25 winners. Official rules of the contest can be found on the Feastables website.

The pseudonymous namesake of the Corpse Bar remains a popular figure even though his Twitch channel has remained dark for more than a year. The deep-voiced creator, famous as one of the most skilled impostors in Among Us, explained earlier this year that he has gone on an extended hiatus due to his anxiety. Nevertheless, his 1.3 million followers miss him, and many of them are likely to buy his sweet treat through Feastables.

Corpse is the first creator other than Donaldson to get his own Feastables product. The snack brand also offers dark chocolate bars and cookies. Donaldson’s other food-based venture, MrBeast Burger, has released several limited-edition items inspired by specific personalities. A Dream Burger hit the menu in April, and Charlie ‘Cr1TiKaL’ attached his nickname to the Moist Cheese later that year.