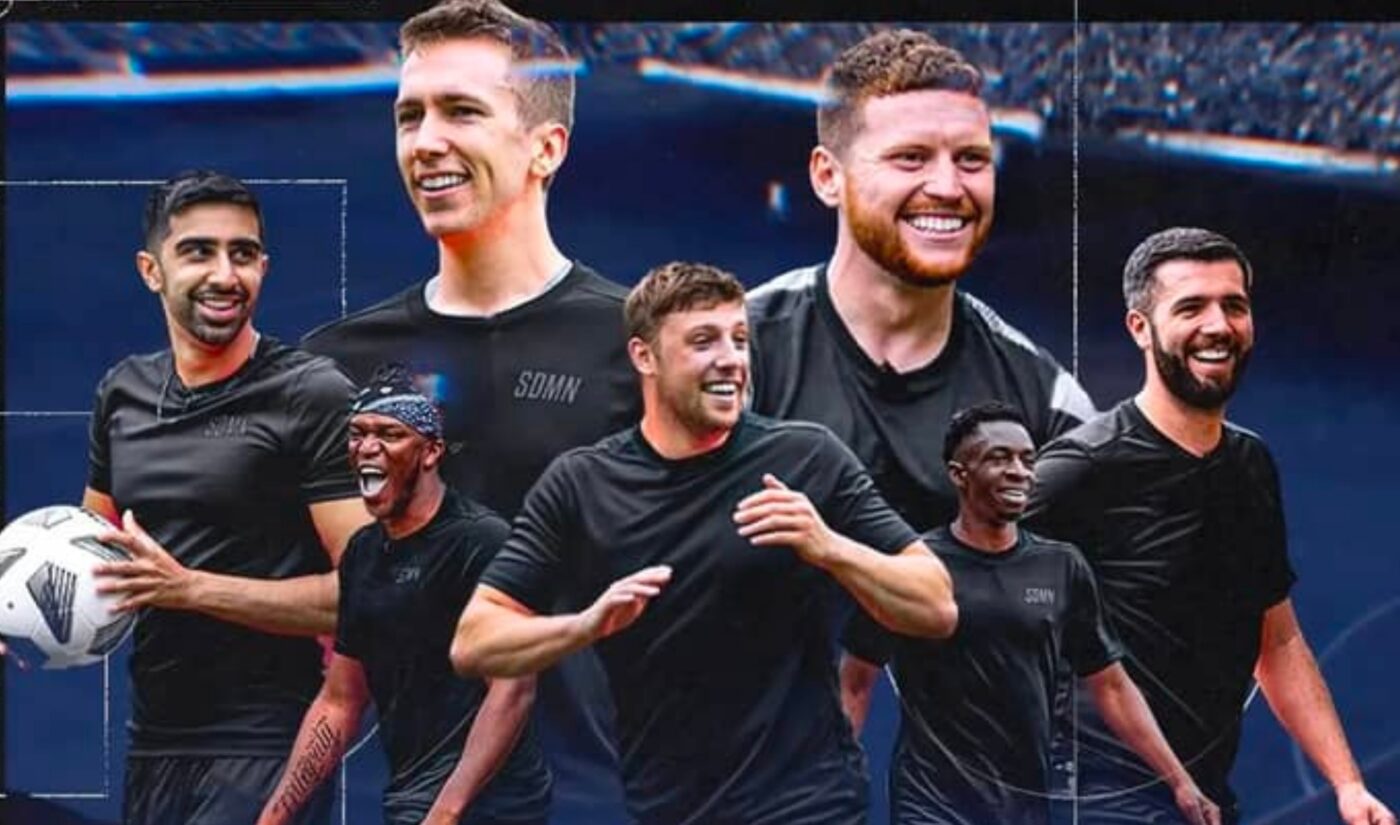 On September 24, about 27,000 fans filed into The Valley, but they weren’t there to watch the soccer stadium’s usual occupants, Charlton Athletic F.C. Instead, the match of the day pitted the Sidemen against a group of “YouTube All-Stars.” After 90 thrilling minutes, the U.K.-based supergroup defeated its all-YouTube counterparts and raised more than £1 million (~$1.08 million) for charity.

All seven regular members of the Sidemen played in the match. KSI, Miniminter, Zerkaa, TBJZL, Behzinga, Vikkstar123, and Wroetoshaw were joined by friends like MrBeast and LazarBeam, who filled out their 11-person squad. On the other end of the pitch, prominent creators like Noah Beck, AnEsonGib, and iShowSpeed looked to buck the trend that had defined previous Sidemen charity matches. The last time the septet held an event like this, it beat its All-Star opposition by six goals.

This latest tilt ended up with a much closer scoreline. The Sidemen prevailed by the slimmest of margins, winning 8-7. Simon Minter earned Man of the Match honors. The man known as Miniminter scored three goals and assisted on three more. The final goal in his hat trick, an audacious chip in the 87th minute, gave the Sidemen their decisive advantage.

The on-field action offered a mix of footballing drama and YouTube drama. The most prominent member of the Sidemen, Olajide ‘KSI’ Olatunji, is known as a prolific smack talker. Before the match, he dissed iShowSpeed (real name Darren Watkins Jr.) and promised that the American teenager would be “exposed” on the pitch. Just seconds into the first half, Speed retaliated by taking down KSI with a crunching tackle.

The Sidemen maintained their winning record against the YouTube All-Stars, but the group’s biggest win came online. The official stream for the charity match peaked at 2.6 million concurrent viewers, which ranks it among the most-watched videos in Sidemen history. At the time of this post, that clip is up to 19.7 million views.

The event’s big viewership was also a win for the Sidemen’s partner charities. The million-pound sum will be split among four organizations: Teenage Cancer Trust, Living Miserably, Rays of Sunshine, and M7E. The last of those groups is an educational initiative set up by Miniminter himself.

“What a day. I’m absolutely knackered but I’m so proud of what the social media/online community did today,” KSI tweeted after the match. “So entertaining & raised so much money for charity. A historic moment. Thanks to everyone that made this event so special.” The creator, boxer, and beverage magnate ended his tweet by pledging to “do it again next year.”

Charity matches are great, but some of the creators who took the pitch at The Valley could be destined for greater footballing feats. According to Goal, professional club Crawley Town sent a scout to the September 24 event. Perhaps influencer soccer will join influencer boxing as a significant sporting trend.