Thanks to a deal with Gymshark, Valkyrae can now be found on a Times Square billboard 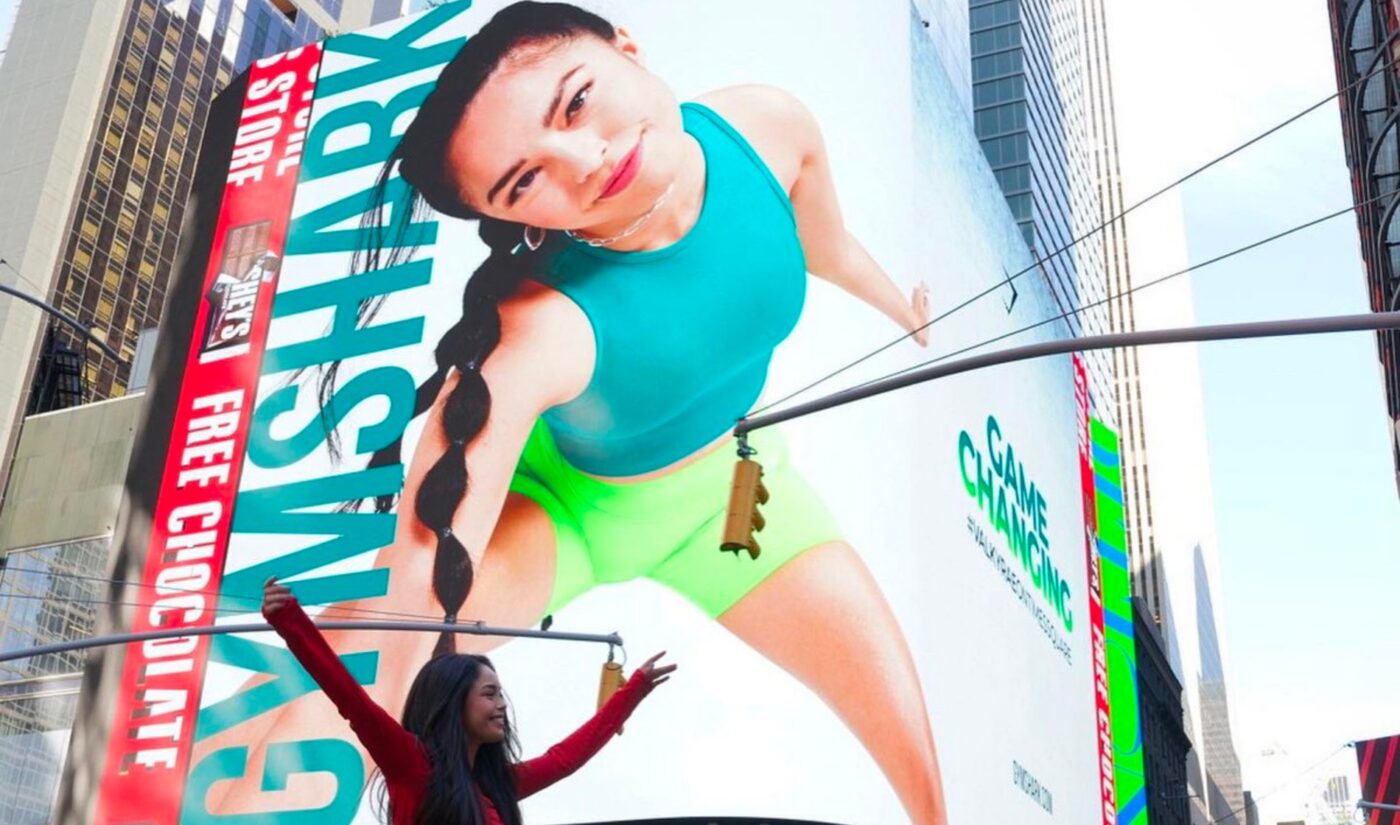 There’s a new face keeping watch over Midtown Manhattan. Rachell “Valkyrae” Hofstetter has signed a deal with Gymshark, and to celebrate its new spokesperson, the activewear brand gave the popular streamer her own Times Square billboard.

Hofstetter became one of the biggest streamers on the internet by playing games like Among Us and Fortnite, but she is also a fitness enthusiast. Despite joking about her “frail gamer body,” she has posted snippets of her workout routine on Instagram.

Her deal with U.K.-based Gymshark makes her the face of a retailer known for its athleisure apparel. At the time of this post, Hofstetter is featured at the top of the Gymshark website. Customers can also peruse a collection of “Valkyrae favorites” if they want to try on some of the 30-year-old creator’s favorite fits.

For Hofstetter herself, the Times Square placement is a highlight of the Gymshark partnership. Creators who see themselves on billboards often feel as if they’ve “made it,” and those ads are exciting for fans, too. Valkyrae devotees flocked to Manhattan to admire the billboard, and Hofstetter trended on Twitter, too.

Incredibly excited to announce I’m one of the new faces of @Gymshark 😭🎉❤️ pic.twitter.com/IhmWk5rMGy

Gymshark likely knew that a partnership with Hofstetter would trigger a strong positive response, as the brand is well-versed in digital gaming. In 2016, it served as a sponsor for esports organization OpTic Gaming.

On the other side of the contract, Hofstetter is looking to add a positive note to her history of sponsorships. Though she has made a splash in the corporate world as a co-owner of 100 Thieves, she also drew criticism when her RFLCT skincare line was accused of peddling dubious scientific claims.

There’s nothing dubious about her Gymshark partnership, and as the activewear company unveiled its new billboard, several of Hofstetter’s friends showed up to cheer on the next step in her business career. HasanAbi and Fuslie were among the creators in attendance.

During their New York swing, these streamers did plenty of sightseeing — and not just in Times Square. After checking out Hofstetter’s big ad, they took a jaunt over to the Metropolitan Museum of Art.