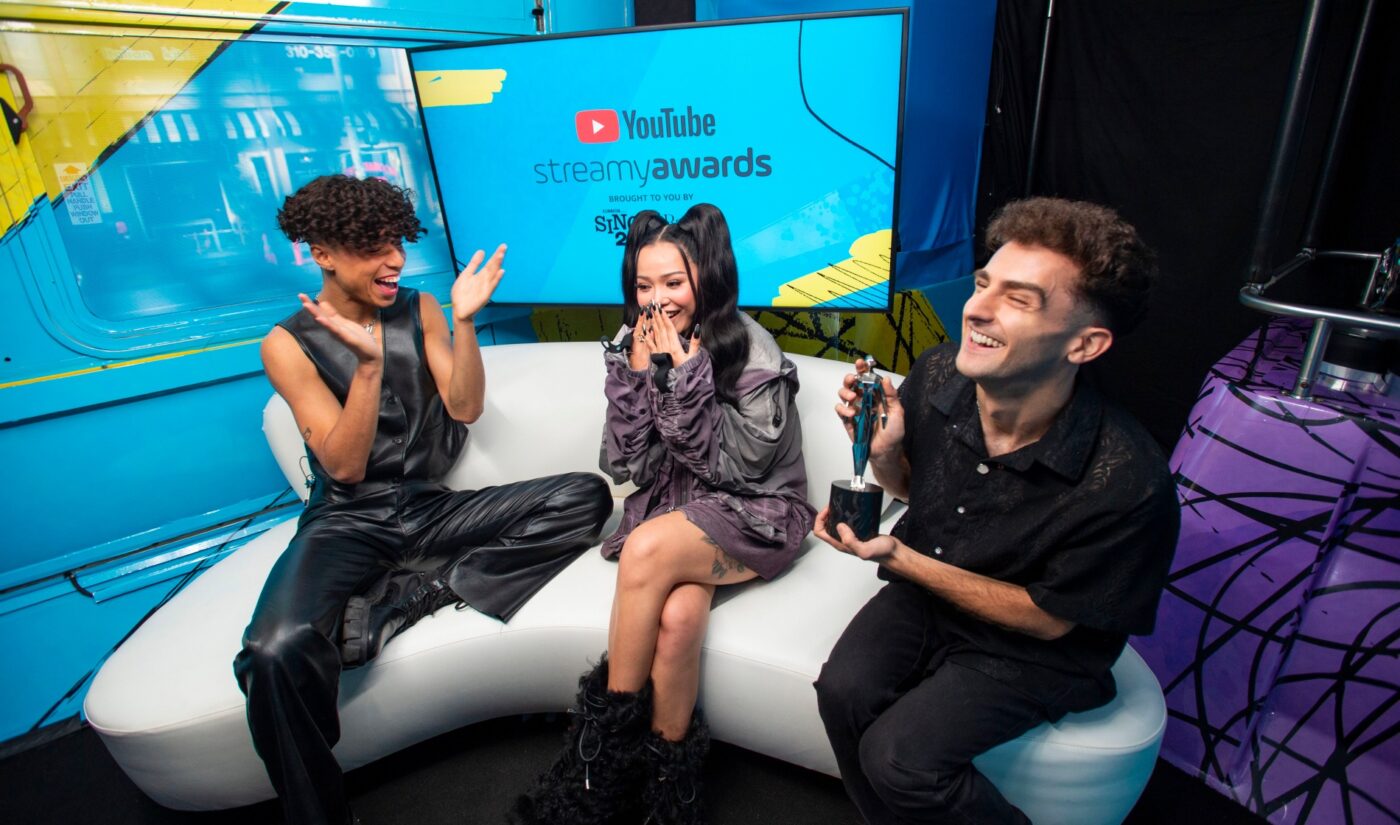 The Streamy Awards are returning on December 4, and for the first time in three years, the ceremony will be fully in-person.

YouTube will return as the exclusive broadcast partner for the annual award show, which honors the top creators and programs in the online video industry. This year, the event will return to its usual venue, the Beverly Hilton Hotel, after utilizing a hybrid model in both 2020 and 2021.

Tubefilter co-produces the Streamy Awards alongside dick clark productions. “The Streamys have consistently sought to form meaningful partnerships within the vibrant, fast-paced, and growing creator economy in an effort to amplify and serve as a springboard for exceptional culture makers,” said Streamy Awards Founder and Tubefilter CEO Drew Baldwin. “We are excited to continue that collaboration with this year’s show and craft a memorable, in-person experience for the creator community.”

Since the first Streamy Awards back in 2009, the award show has served as an opportunity to celebrate the creator community’s highest achievers. In recent years, the Streamys have grown to cover more than 45 categories, and that expansion will continue in 2022. Many of this year’s new categories, such as Streamer of the Year and Breakout Streamer, will recognize game-changing creators on platforms like Twitch and YouTube Gaming. Awards for the best Competitive Gamer, VTuber, and Just Chatting creator will honor specific subsets of the evolving streamer community.

Streamys viewership has grown considerably since YouTube took over as the show’s broadcast partner five years ago. The 2021 Streamy Awards, hosted by Larray, has earned over 9.6 million views to date.

Nominations for the 2022 Streamys will be revealed in October. Groups who are interested in getting a table at the in-person show can email tables@streamys.org for more information.