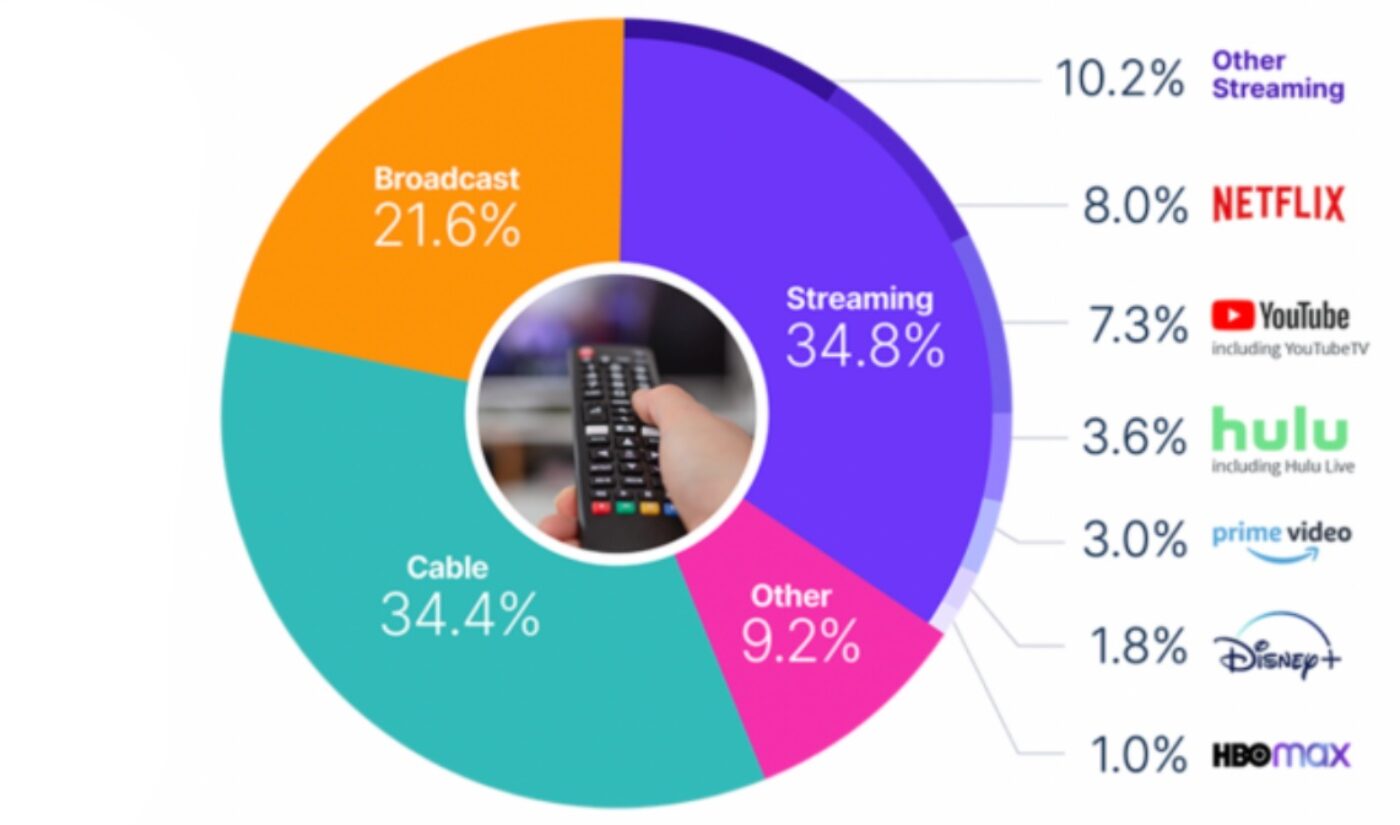 The much prophesized day has finally arrived: The streaming industry has officially pulled ahead of cable.

A new report published by Nielsen tracked consumer behavior during July 2022. According to the firm, TV viewers spent more time on streaming platforms than cable TV networks during the measured month. It’s the first time streaming has pulled ahead of cable in that regard.

These data points suggest that digital media is finally usurping its traditional counterparts, but streaming’s advantage over cable is currently fractional. As seen in the chart above, 34.8% of consumer attention was paid to streaming in July 2022, compared to 34.4% for cable. Thanks to that slight edge, streaming is now the most popular medium for TV consumption.

At the same time, a big chunk of streaming growth can be attributed to the industry’s long tail rather than its preponderance of prestige shows. In the Nielsen report, platforms other than Netflix, YouTube, Hulu, Prime Video, Disney+, and HBO Max accounted for nearly a third of streaming watch time. None of the six named platforms claimed as big a slice of the pie.

With a report like this, it’s easy to make grand statements about the passing of the entertainment torch, but TV is not dead yet. If you combine cable with network channels, TV commanded 56% of consumer watch time during July — and that figure far outstrips the one posted by the streamers. Also, it’s quite possible that cable will reclaim its lead over streaming later this year. July is a slow time for professional sports (especially when there’s no World Cup or Olympics), so the start of the NFL and NBA seasons will bring a big boost to traditional TV — at least in the U.S.

Of course, streaming platforms are now getting their hands on exclusive pro sports broadcasts, too. So while TV may be able to stay streaming’s ascendance for a bit, there’s no stopping the shift that’s already begun.