On LinkedIn, creators are putting their personalities to work 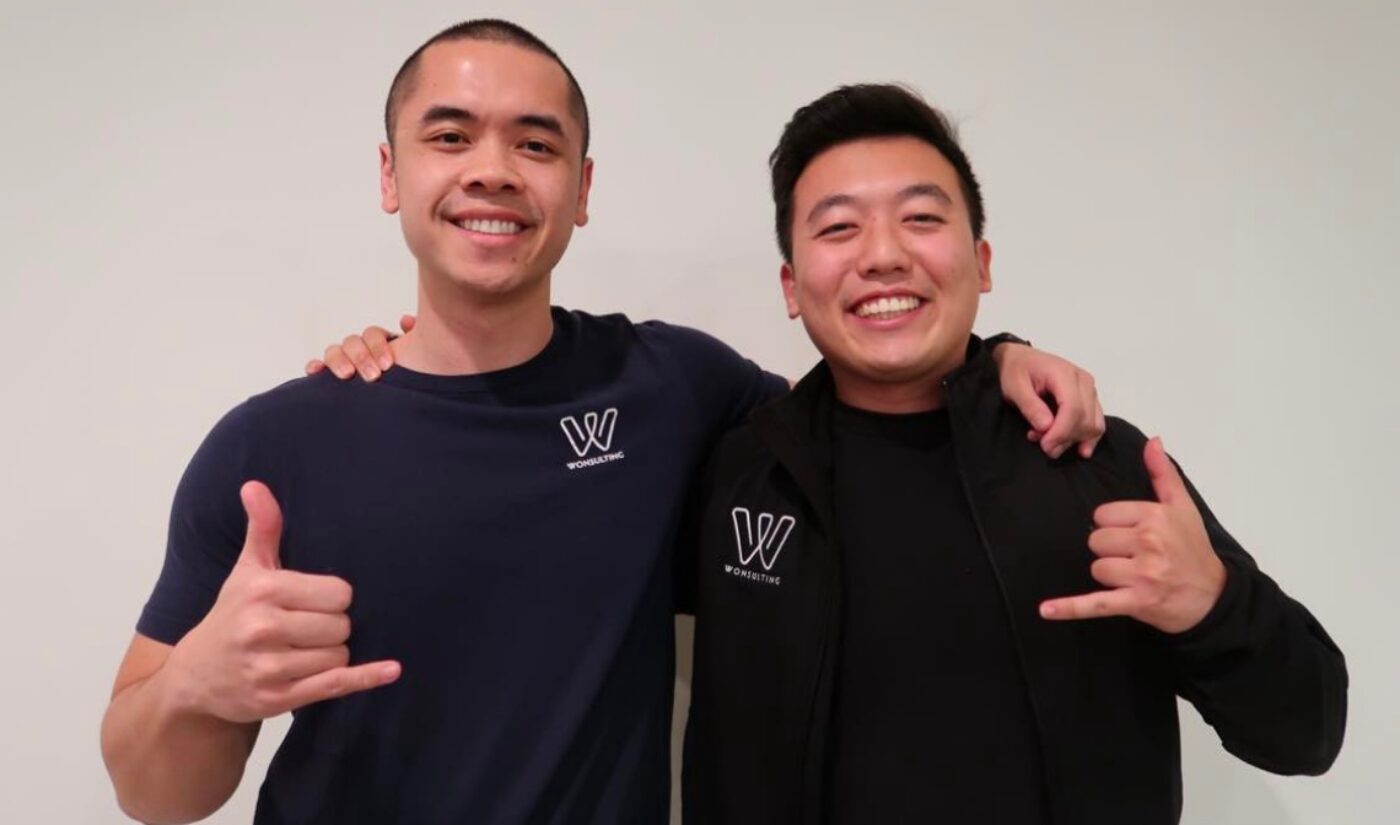 If you’re a creator, LinkedIn has an invitation for you.

Over the past few years, the top social media platform for professionals has fostered a creative community of its own. Slowly but surely, LinkedIn creators are developing eager audiences and reimagining what work-appropriate content can look like.

As the platform evolves, it is battling a pervasive preconception. If you think LinkedIn is a hub of dull, staid posts from professionals who lack personality, you might want to take a second look. There’s all sorts of stuff to find there — if you know who to follow.

I’m thrilled to announce that LinkedIn is changing

When Jerry Lee and Jonathan Javier founded Wonsulting in 2019, they turned to LinkedIn with a clear goal. Their business is billed as a tool for “turning underdogs into winners” through services like resume development. As its professional network expanded, its founders sought to “help people from nontraditional backgrounds find jobs.”

But there was an issue: How do you reach nontraditional applicants on a platform that feels so traditional? The creators we spoke to for this story universally bemoaned the boilerplate language that is associated with LinkedIn. Amidst a sea of “I’m thrilled to announce” and “I’m honored to be recognized,” companies like Wonsulting are trying out messaging that feels a lot more personable.

That reinvention begins at a basic level. Wonsulting’s co-founders (who met on LinkedIn) post about more than just movers and shakers. They have expanded the purview of their content to include “storytelling around rejections” and “career advice tips.” Their primary LinkedIn audience isn’t made up of users who are boasting about their latest promotion. Instead, they are focusing on the average jobseeker, and during the COVID-19 pandemic, that’s a good niche to be in.

“People were being laid off and furloughed in 2020,” Javier told Tubefilter. “We created events every single week and month where we had recruiters come and talk.”

The COVID era has provided Lee and Javier with an opportunity to break down taboos about work talk. They found that most people don’t like to share their resumes publicly, nor are they open about the immense mental health struggles that come with the job hunt. Content from the Wonsulting team attempts to normalize those behaviors.

“People don’t like to job search or edit their resumes,” Lee said. “We make the process a little less scary and a little more exciting.” Javier added that he and Lee are “shining a light on strategies people can do the next day in less than 30 seconds.”

If you’ve ever endured a job hunt yourself, then you understand the feelings Lee and Javier are talking about. Unemployment can be soul-crushing and shameful, and the daunting application process can sometimes feel insurmountable. Some people struggle to present themselves as buttoned-up, and that’s exactly the audience Wonsulting is trying to connect with. “If there’s one principle we have in mind for creating content, we want to be authentic, we want to let our true personalities show,” Lee told Tubefilter. “The tone we try to adopt is ‘It’s not that serious.’ It’s like talking to a friend, but at work.”

Karen Shafrir Vladeck, a legal recruiter who has about 5,000 followers on LinkedIn, echoed this sentiment. She sees stuffiness as a prevalent problem on the professional platform. “LinkedIn has a reputation as being inauthentic,” she told Tubefilter. “People are scared that it’s their workplace and they don’t bring their authentic selves into the workplace.”

As more creators bring their authentic voices into their posts, Vladeck sees a “snowball effect” on the horizon. “The underlying theme is always going to be work and the workplace and how we interact in the workplace. There is a movement to be more of yourself,” she said. She described this new wave of LinkedIn content “uncharted territory.”

“This is the place where we talk about work”

Vladeck’s comment about “uncharted territory” reminded me of the first people I ever met who identified themselves as LinkedIn creators. This was at VidCon in 2018, less than one year after a native video product launched on LinkedIn. The people who were active on the platform back then viewed it as a place where the old spirit of online video was still alive. “There’s something ‘wild wild west’ about it right now,” brand strategist Goldie Chan told me at the time. “You can do almost anything on LinkedIn.”

Four years later, the West is not so Wild anymore. The creators I spoke to for this story unanimously claimed that LinkedIn is a professional platform through and through. “A lot of people think that’s how LinkedIn should be,” Vladeck said. “This is the place we talk about work.”

The focus of LinkedIn isn’t shifting, but the definition of what constitutes “work talk” is. Vladeck, a working mother who spent 13 years as a litigator, sees her professional and personal lives as intrinsically intertwined. The effect her job has on her family and relationships is worth sharing with her audience. “Work is so integral to people’s lives that we should be talking about social issues on LinkedIn,” she said. Funny stories about kids can deliver strong engagement for her.

As moms rise up the professional ranks, they’re “being very vocal in the way previous generations haven’t been,” according to Vladeck. People who experience sexism and racism in the workplace can now do something other than “keep their heads down.” Vladeck’s willingness to publicly share this oft-ignored aspect of work-life balance has allowed her to connect across generations. Millennials hit her with the “it me” responses, while her Gen Z audience wonders how she ever put up with office sexism in the first place.

Some creators may not be willing or able to talk about those serious topics, but within the wide world of work, everyone can locate the niche where their LinkedIn posts should live. “Whether it’s sharing industry expertise, helping others get hired or find their passion, or opening up about challenges at work – you can find an audience on LinkedIn who is directly interested in what you bring to the table professionally,” said Andrei Santalo, LinkedIn’s Global Head of Community & Creators, in an e-mail to Tubefitler. He called that plurality of content “something that’s really unique from other platforms.”

On the contrary, some posts will fit better on social platforms that aren’t professionally oriented. Lee and Javier use TikTok and Instagram for “quick tips” about resume building. Since “the purpose of LinkedIn is different,” Wonsulting content about the mental health side of job searching tends to stand out.

Vladeck first broke out on Twitter, which she described as “funnier” and “quicker” than LinkedIn. But the latter platform has its own advantages. Since LinkedIn is a professional site, it’s virtually impossible for users to hide behind forged identities. The result is a space where authenticity plays well. “Everybody is their true self on LinkedIn,” Vladeck told Tubefilter.

“The stakes are pretty low”

LinkedIn may not be in its Wild West phase anymore, but as a hub for creators, it’s still in its early stages. “We have to convince brands that yes, LinkedIn is an actual social media platform,” Lee said. He tries to convince people to “try it out” by claiming that Wonsulting’s LinkedIn posts “outperform like crazy.” Lee and Javier, who are two of the most prominent business personalities on the platform, each have about 250,000 followers. They told Tubefilter that Wonsulting got about 30 million monthly impressions across all of its social media channels in 2020.

So why should creators choose LinkedIn? The answer to that question begins (of course) with money. Santalo told Tubefilter that LinkedIn is “a platform for business opportunity,” and creators who stay active there can attain the “business outcomes” they’re striving for. If they successfully cultivate a community, they can land speaking engagements, job offers, brand deals, and consulting gigs. Lee described LinkedIn as an ideal platform for any “actions-focused campaign” that looks to drive user acquisition, sign-ups, or followers.

LinkedIn supports the creator-community-to-business-outcomes pipeline through several endeavors. It has onboarded notable creators who have their own companies, such as MrBeast and Colin and Samir. It has encouraged its users to make videos and launch newsletters.

The growth of the LinkedIn creator community has been made possible by several recent updates the platform has rolled out. A particularly useful product is Creator Mode. When enabled, Creator Mode lets LinkedIn function like any other social network. For those users, the platform gains a “creator-follower” dynamic. “When you turn on creator mode, your main CTA button on your profile will go from connect to follow, your content will show up higher on your profile, and you’ll be more likely to build an audience,” Santalo said.

Recent creator-forward features include the launch of templates for posts, as well as clickable links within photos and videos. But despite all that expansion, one of LinkedIn’s biggest advantages is pretty low-key. In an age when many content creators fall victim to burnout, the new generation of LinkedIn creators is keeping things chill. The platform is still new enough to promote experimentation rather than strict adherence to algorithmically-favored topics.

When I talked to creators in 2022, I heard the same things that had been discussed in 2018. As Vladeck put it: “The stakes are pretty low.” She said there is resistance to the “overposter” mindset within the LinkedIn community. “If you make a post and three people like it, so what?” she asked. “Posts engage for a much longer period of time on LinkedIn than they do on other platforms.”

It’s kind of ironic if you think about it. Because LinkedIn developed such a staid professional voice, its earliest creators were incentivized to push back against that tone. Now, their authentic and relaxed approach to the workplace is making LinkedIn a social platform like no other. That’s an endorsement a lot more people can get behind.