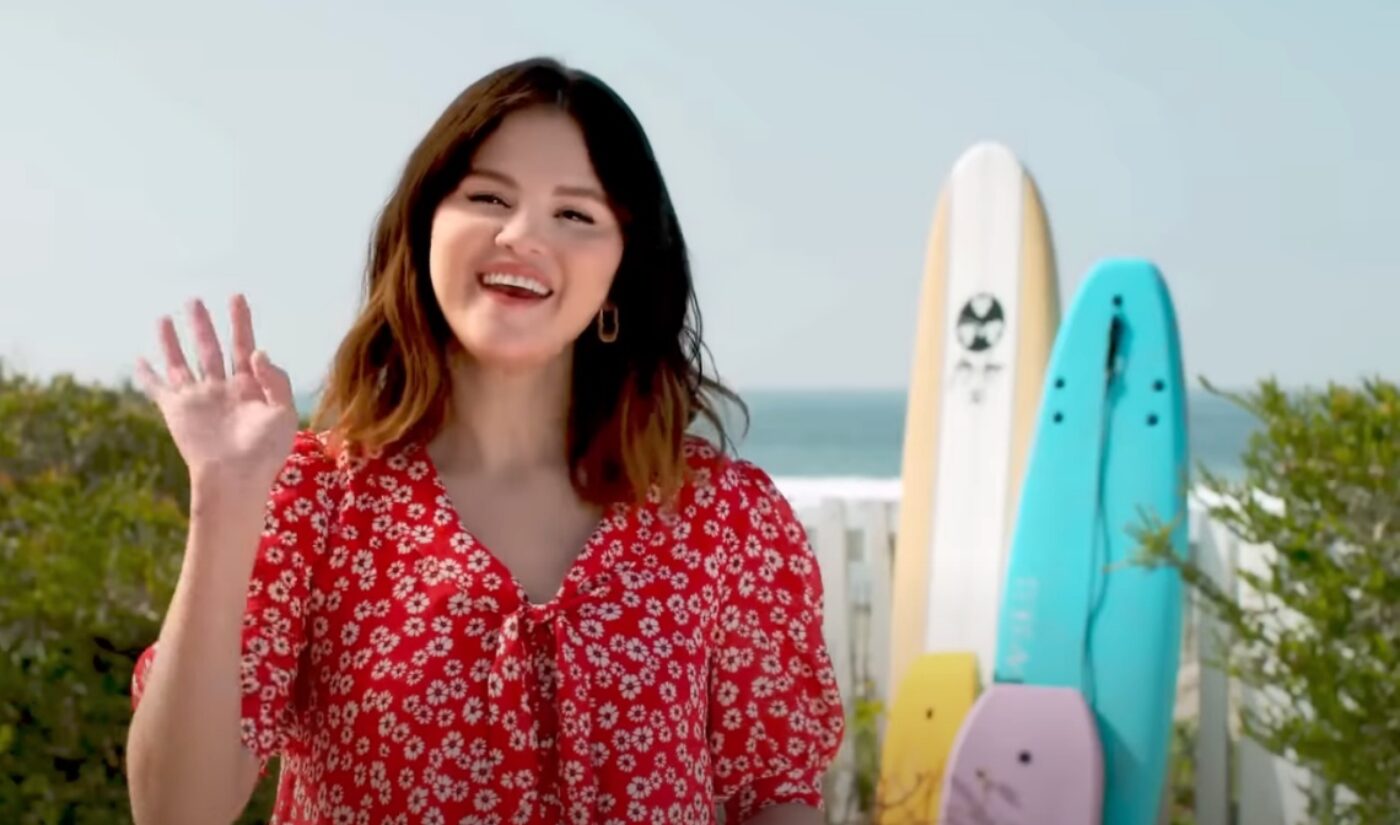 Selena Gomez is bringing back her HBO Max cooking show for a fourth season, and this time around, she’s getting some face time with one of the most successful chefs on the internet. Nick DiGiovanni, whose kinetic cooking videos have brought 9 million followers to his TikTok account and 6.2 million subscribers to his YouTube channel, will appear in an upcoming episode of Selena + Chef.

In Selena + Chef, Gomez videoconferences with culinary tastemakers and learns how to make some of their best seasonal recipes. Season four will feature a summertime vibe, and DiGiovanni will adhere to that theme by teaching Gomez how to prepare pesto pasta inside of a wheel of parmesan cheese. Pesto is both a signature dish for DiGiovanni and the name of his pet hamster.

The remote nature of Selena + Chef makes it a perfect vehicle for social media stars. In addition to DiGiovanni, guests who will grace the show’s fourth season include Matty Matheson, a beloved star on Vice’s Munchies channel. Gordon Ramsey (who is a lot more than just a TikTok star, though he frequently uploads videos there) will also show up for the first in-person episode of the series.

DiGiovanni has used his high-end culinary skills to land gigs for himself on both traditional and new media platforms. He became one of the youngest MasterChef finalists ever when he competed on the show’s tenth season, and he used that success to ease his transition to TikTok, where his kinetic cooking style made him into a household name. His short-form success has allowed him to grow his YouTube channel, which incorporates vlog-style content alongside his trademark quick-hitters. He won a Streamy Award in 2021.

No one can fault DiGiovanni for inviting Gomez into the wonderful world of pesto, but I would have loved to see him bring his blood orange boba to the HBO Max show. It’s sufficiently summery, and for the woman who portrays Bloody Mabel, nothing could be more suitable.