Move over, Manning: Dude Perfect will have its own NFL broadcast 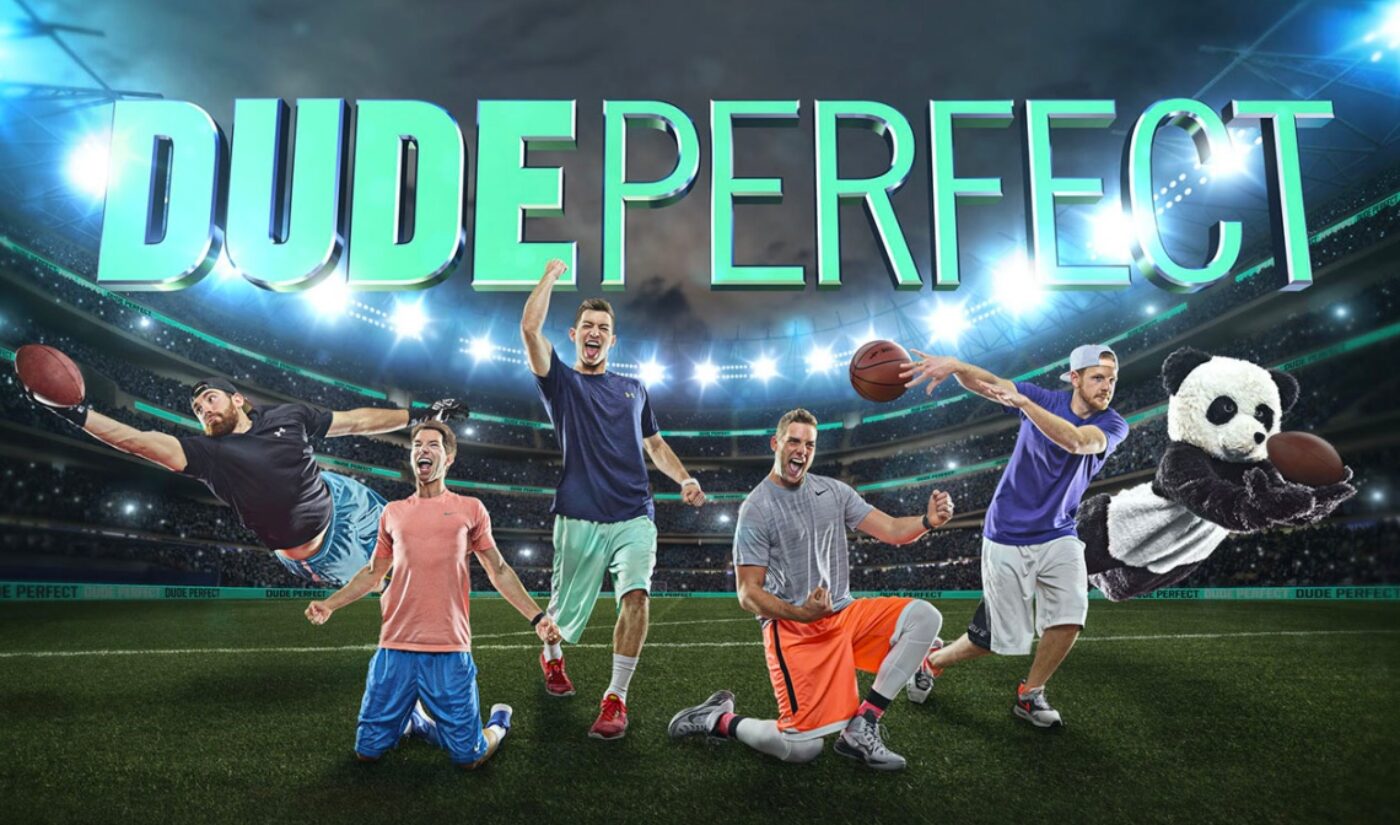 With their trick shots, group challenges, and “stereotype” videos, Dude Perfect has become the most prominent group of sports content producers in YouTube history. Now, after attracting more than 58 million subscribers and collecting 14.7 billion views on the world’s top video site, the Texas-based fivesome is coming to Amazon. When the tech giant begins exclusively streaming the NFL‘s Thursday Night Football slate this season, it will offer viewers an alternate broadcast hosted by the Dude Perfect guys.

The primary TNF stream will be hosted by announcing icon Al Michaels. Though Michaels is a legend, he’s not exactly the first person you think of when you imagine someone with youth appeal. Dude Perfect will help Amazon reach a new generation of NFL fans by putting their spin on football coverage. In between plays, the YouTube vets will attempt some tricks shots (of course) and will aim for world records, according to The Hollywood Reporter.

In giving the Dude Perfect crew their own stream, Amazon is clearly inspired by ESPN’s ‘Manningcast,’ which accompanied Monday Night Football broadcasts in 2021. Those alternative broadcasts, hosted by fraternal ex-NFL stars Peyton Manning and Eli Manning, allowed viewers to witness the gridiron game through the eyes of elite quarterbacks.

Dude Perfect hasn’t won any Super Bowls, but Amazon doesn’t need to worry about that. Since the retailer scooped up Thursday Night Football rights in 2017, it has integrated its subsidiary Twitch into its broadcasts. Streamers have shared the games with their fans in the past, and though Dude Perfect built its audience on YouTube, it has plenty of fans who will be excited to tune into its take on NFL commentary.

2022 will be the first year in which Amazon streams Thursday Night Football exclusively. Nationally, only Amazon subscribers will be able to catch NFL’s midweek slate, though each week’s game will also be made available in the local markets of the participating teams.

Getting an NFL game all to yourself is a big deal, and Amazon is pulling out all the stops to make sure Thursday Night Football viewers have as many options as possible. In addition to Dude Perfect, other partners will host additional alternative broadcasts, per THR.

The NFL season will begin on September 8. The first Thursday Night Football broadcast will occur a week later on September 15.