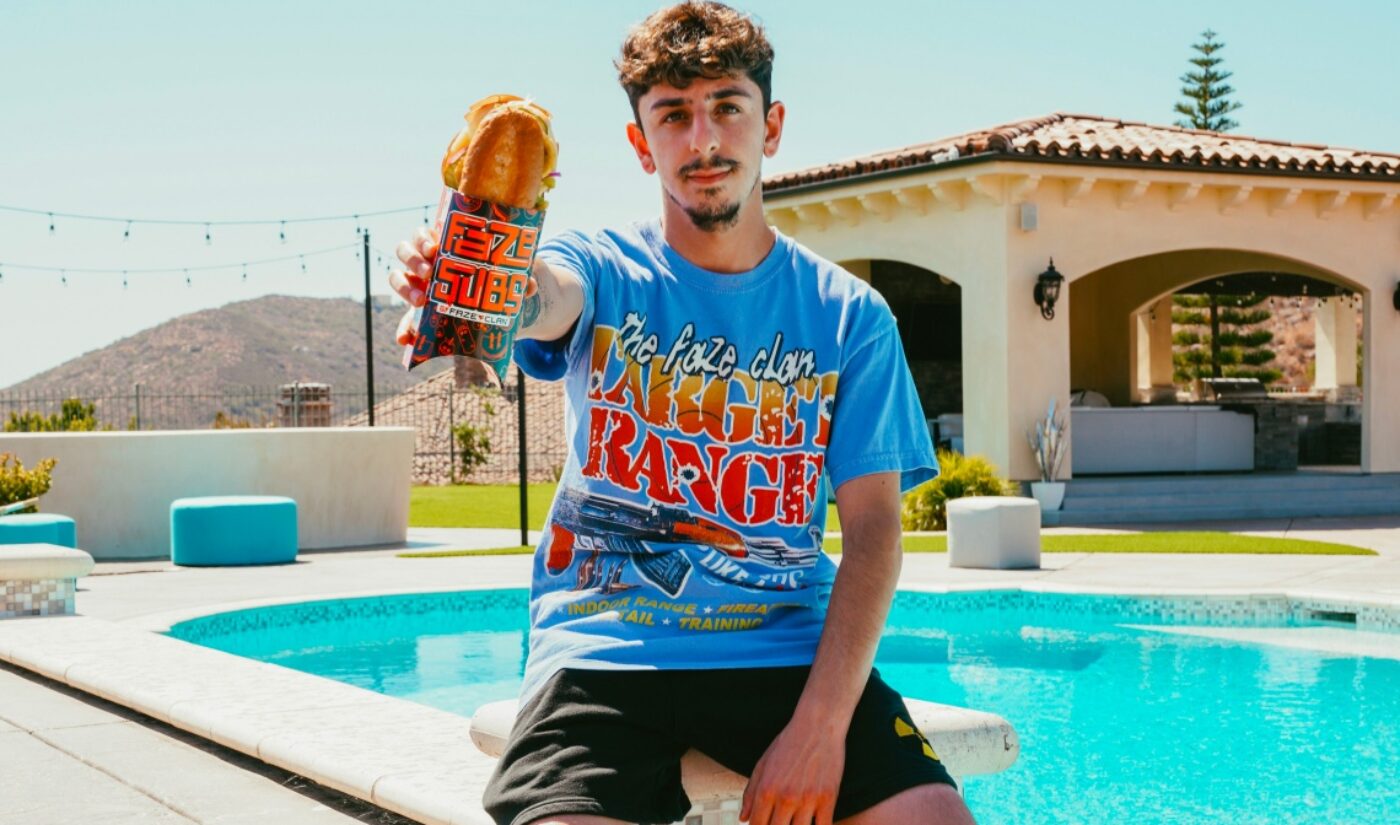 After announcing a partnership with DoorDash back in May, FaZe Clan has revealed its first ghost kitchen franchise: FaZe Subs. The sandwich delivery service, created in tandem with celebrity chef Eric Greenspan and the team at Virtual Dining Concepts, is now available in 23 different U.S. states. The FaZe Subs menu includes more than a dozen items, most of which have names inspired by streamer lingo, gaming terminology, and the vibrant personalities who are partnered with FaZe Clan.

One of those personalities, FaZe Rug, shot a video introducing the new dining concept. His contribution to the menu is the Rugfather, a sub that includes smoked turkey, provolone, guac, pepperoncini, Funyuns, and “FaZe sauce.”

“I love that FaZe Clan is always down to let us try new things so of course when I heard we were doing FaZe Subs, I wanted to make my dream sandwich with my favorite chips directly in it for that extra crunch,” FaZe Rug said in a statement. “I had a lot of fun creating this with Chef Eric and I want the fans to know I made this for them when they take that first bite. I can’t wait for people to give The Rugfather and the rest of the FaZe Subs menu a try.”

FaZe Subs is the Clan’s first foray into the expanding market of delivery-only restaurants inspired by digital creators. Virtual Dining Concepts, which FaZe commissioned to help bring its menu to life, has also worked with Jimmy Donaldson on his MrBeast Burger venture. The Florida-based company raised a $20 million Series A round last year.

If subs aren’t your thing, you may be able to try out some other FaZe-inspired dining concepts in the future. After the gaming and entertainment network went public, CEO Lee Trink mentioned “ghost kitchens” as one area in which his company plans to expand.

FaZe Subs is currently available exclusively through DoorDash. If there’s not a ghost kitchen slinging the sandwiches in your area, you’ll have to be patient. The plan is to expand FaZe Subs to additional locations in the U.S. and Canada “later this year.”