Facebook’s splitting ad revenue with creators who use licensed songs 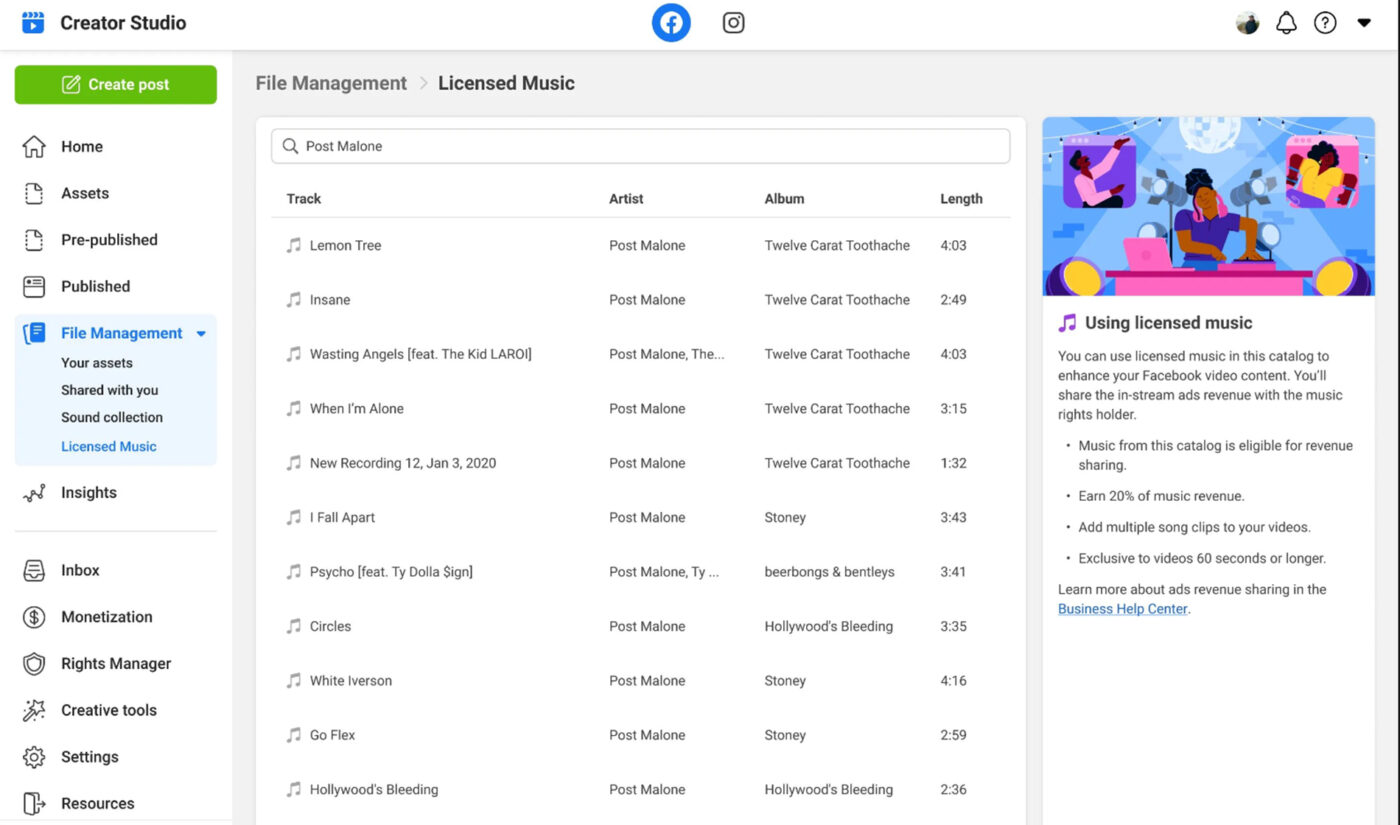 Creators who use songs by artists like Post Malone and Tove Lo in their Facebook videos can now earn 20% of in-stream ad revenue generated by those videos.

Meta, Facebook’s parent company, said the goal is to give “both creators and music rights holders a new way to earn money from videos on Facebook.”

Creators get the aforementioned 20%; the other 80% is split between Meta and music rightsholders. Meta wouldn’t say how much it’s getting versus how much rightsholders are getting, and told Variety that information isn’t public “due to confidentiality agreements with our partners.”

To be clear, creators won’t earn ad revenue by using any old song. They’ll only get a cut when they use songs from Facebook’s library of licensed tracks, which it’s collected by doing deals with record labels and rightsholders.

There are also limits to what kinds of videos can be monetized. Clips must also be at least 60 seconds, to start, and “there must be a visual component in the video as well; the licensed music itself cannot be its primary purpose,” Meta said.

This new program additionally does not apply to Reels. Those are still monetized through Meta’s Reels Play bonus program.

The program begins rolling out to video creators today. Meta says it will eventually be available to all video creators globally, but for now, U.S.-based creators are the only ones with access.

“[W]e’ll expand to the rest of the world where music is available on Facebook in the coming months,” the company said.

As The Verge points out, this announcement comes just a few days after royalty-free music platform Epidemic Sound filed suit against Meta, alleging that 1,000 of its song have been uploaded and in content across Instagram and Facebook without permission.

The suit alleges Meta’s tools for uploading new audio to Reels and for remixing existing Reels audio into new videos “encourage and allow its users to steal Epidemic’s music from another user’s posted video content and use in their own subsequent videos, resulting in exponential infringements on Meta’s platform, at Meta’s hands.”

On top of that, this past weekend, music publisher Kobalt let its licensing deal with Meta—which put 700,000 songs in Facebook’s and Instagram’s libraries—expire, and is removing its content from those platforms. In a letter to partners, it said it let the deal expire because “fundamental differences remained that we were not able to resolve in your best interests.”