Netflix’s perceived value is falling, but it’s still the most indispensable streaming service 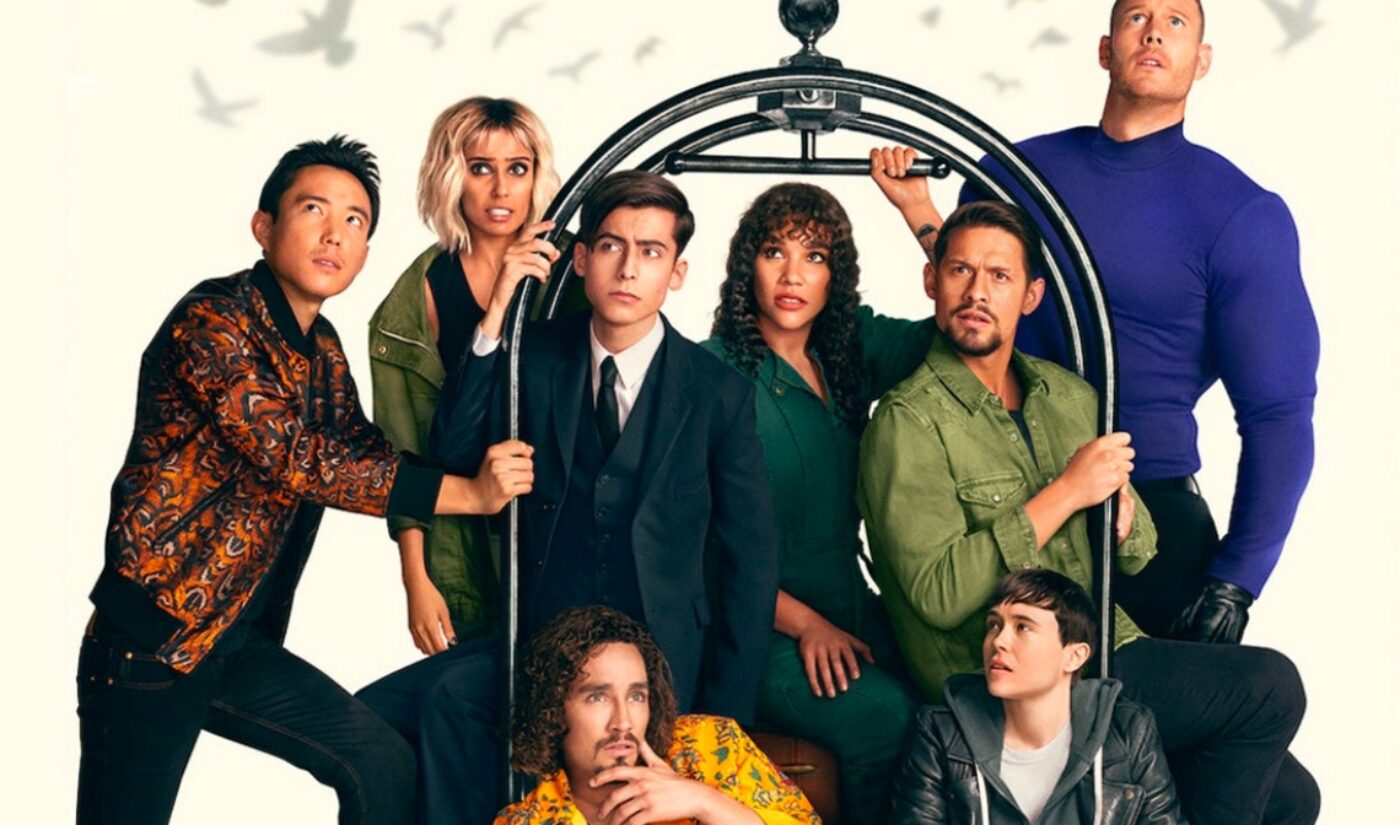 Rumors of Netflix‘s demise have been greatly exaggerated…or have they?

The 2022 edition of  Whip Media‘s Streaming Satisfaction Report has arrived, and depending on which of its metrics you look at, the company most responsible for the streaming boom is either a sinking ship or an industry icon. Netflix ranked last among all major SVOD platforms in terms of perceived value, but compared to all its competitors, it’s still the most indispensable subscription on the market. 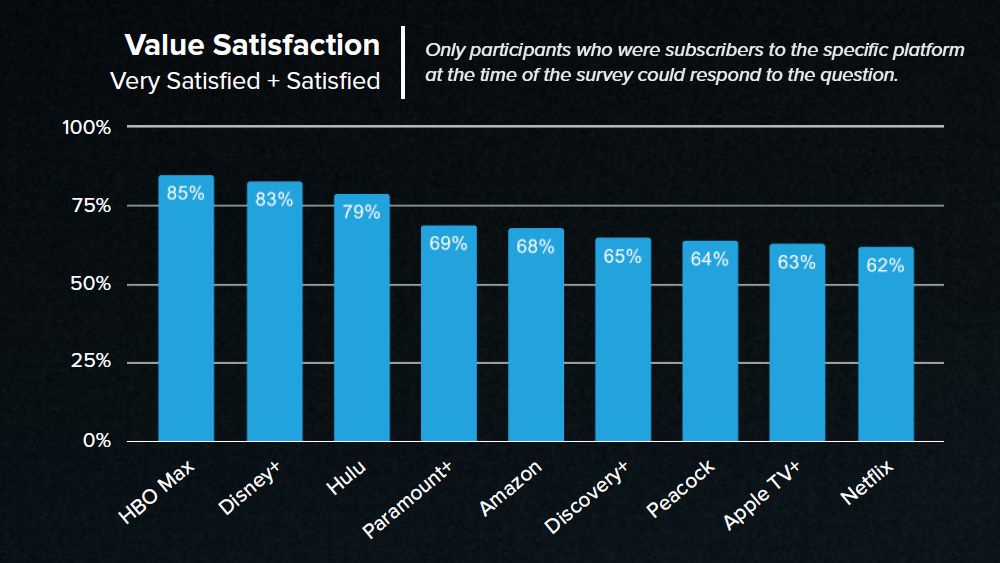 To conduct its annual survey, Whip Media queried 2,460 streaming users on their habits and opinions. The platform that currently has the happiest users is HBO Max. 85% of respondents said they were either “satisfied” or “very satisfied” with the value provided by the Warner Bros. Discovery-owned service. On that axis, Disney+ was the only other streamer to exceed 80% satisfaction, and Netflix came in dead last among the nine measured platforms. Only 62% of Netflix viewers said they were satisfied with the value they receive from their subscription. Perhaps the company’s recent price hike is partially to blame. Netflix’s most popular plan costs $15.49 per month. That’s 50 cents higher than the most common HBO Max price, even though the latter platform was launched by the brand synonymous with premium cable.

Even if consumers are unhappy with the rising price of Netflix, that doesn’t mean they’re giving up their subscriptions anytime soon. Despite ranking last in perceived value, Netflix is still the most important SVOD platform for a significant number of respondents. 31% of them said Netflix would be the last streaming subscription they would give up. That was the highest percentage earned by any of the surveyed platforms.

Though hit shows like The Umbrella Academy (pictured above) and Stranger Things continue to make Netflix a must-have subscription for many, there’s evidence to suggest that the streamer is losing some of its cultural capital. Last year, it was the most important subscription for 41% of Whip Media respondents, which means it has experienced a 10% year-over-year drop in that category. In the meantime, some of its rivals have gained ground. HBO Max is now the most important subscription for 14% of respondents, up from 9% last year, and over the same time period, Disney+ has risen from 9% to 14%.

HBO Max’s cultural ascendancy is consistent with the gains it has achieved over the past year. The home of hit shows like Euphoria and Succession was the most-downloaded streaming service app of 2021, and that growth is reflected in Whip Media’s report. Consumers ranked HBO Max first in terms of both the quality and variety of its programming. Disney+ and Netflix were the next two finishers in those categories.

“As an industry, we are heavily focused on subscriber counts and market share, but there is less coverage of how consumers perceive the platforms and their offerings,” said Eric Steinberg, Whip Media’s media research and insights lead. “By exploring the satisfaction with specific elements of their product, the platforms, and their suppliers, can understand how to better serve their customers.”

For more details, check out the full Whip Media report.