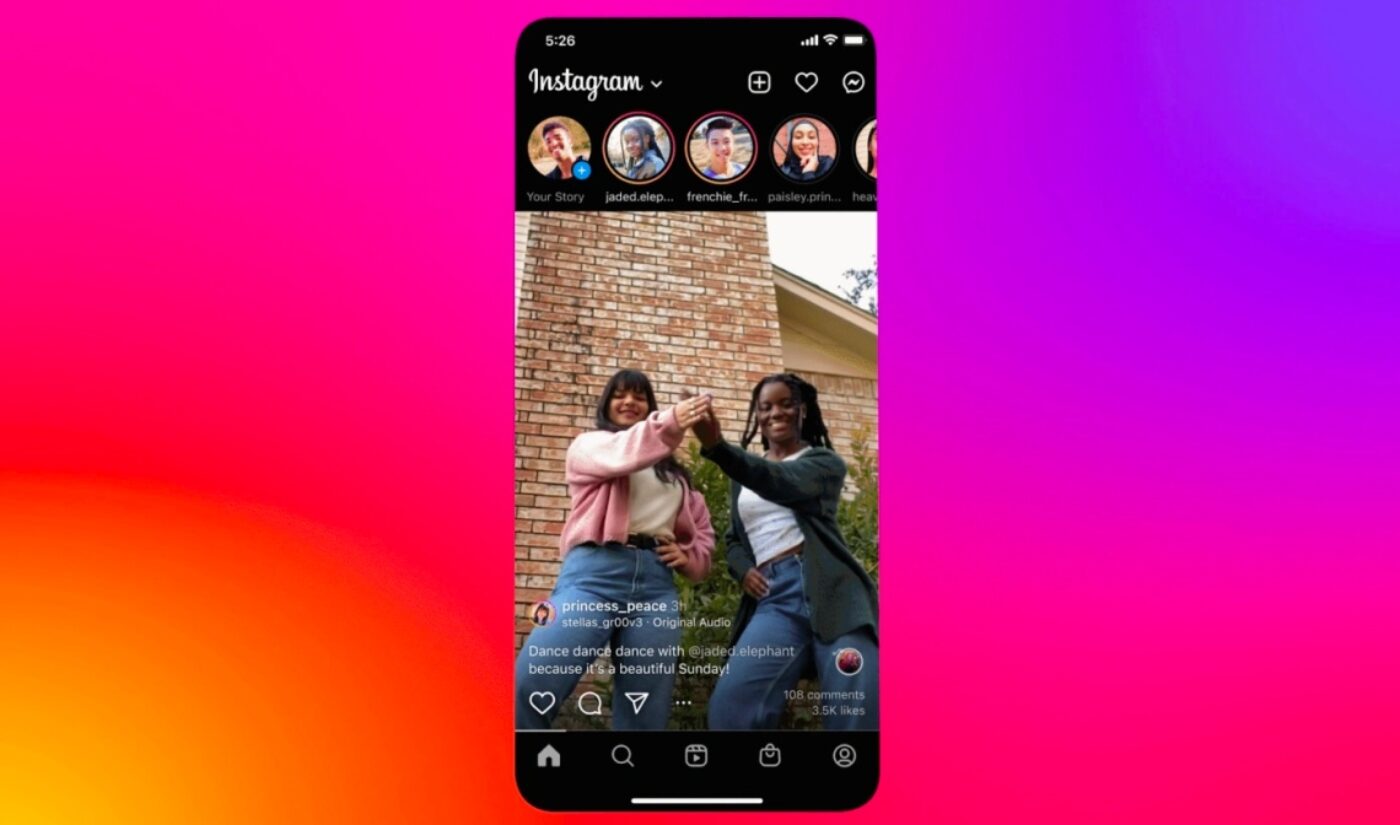 If you open Instagram and notice that your friends’ photos and videos appear bigger than before, don’t be alarmed. You’ve just been selected as a guinea pig for the app’s updated design.

The Meta-owned platform is testing a “full screen” layout that extends the length of the content in your feed. As seen in the image above, descriptions and comments sections will be overlaid on top of the photos and videos they’re attached to. Anyone who has spent enough time on their For You feed will recognize that Instagram’s new look is similar to that of TikTok.

Instagram CEO announced this shift next month, and his introductory tweet was met with swift and near-universal criticism. Some detractors noted that Instagram’s TikTok-esque design seemed to change the look of photos post-upload, while others said that the new feed was “ugly.”

Nevertheless, Instagram’s full-screen fit is continuing on as planned. Meta boss Mark Zuckerberg introduced the new design in a pair of Instagram Stories. With the language he used for the announcement, he tried to reassure Instagram’s amateur photographers that their creative choices are still valued. “We want to make it easier to discover content and connect with friends,” Zuckerberg wrote. “Photos are still an important part of Instagram, and we’re working on ways to improve the way they show up in a full-screen Feed too.”

Zuckerberg’s mentions of discovery and connection make sense given Meta’s current priorities. The company’s other major platform has also announced a plan to shift its design and promote those two values. In Facebook’s case, that transition will involve algorithmic changes and a reunion between the main Facebook app and the Messenger platform. The two platforms share the same goal — they’re both trying to compete with TikTok, which continues to outpace both Facebook and Instagram in terms of app downloads and watch time.

Instagram’s new look will also make in-app messaging more prominent. Users who are part of the test will see that Instagram’s ‘Messages’ icon has received a prominent placement on the navigation bar at the top of the screen.

A Meta spokesperson told The Verge that only a “limited number of people” will be able to try out the new design for now. By the time Instagram rolls this update out more widely, it might need to undergo another redesign if it wants to keep up with TikTok. The popular app recently launched a ‘clear mode‘ that lets users browse without distractions.