Need to correct an error in one of your YouTube videos? That process is now easier than ever. 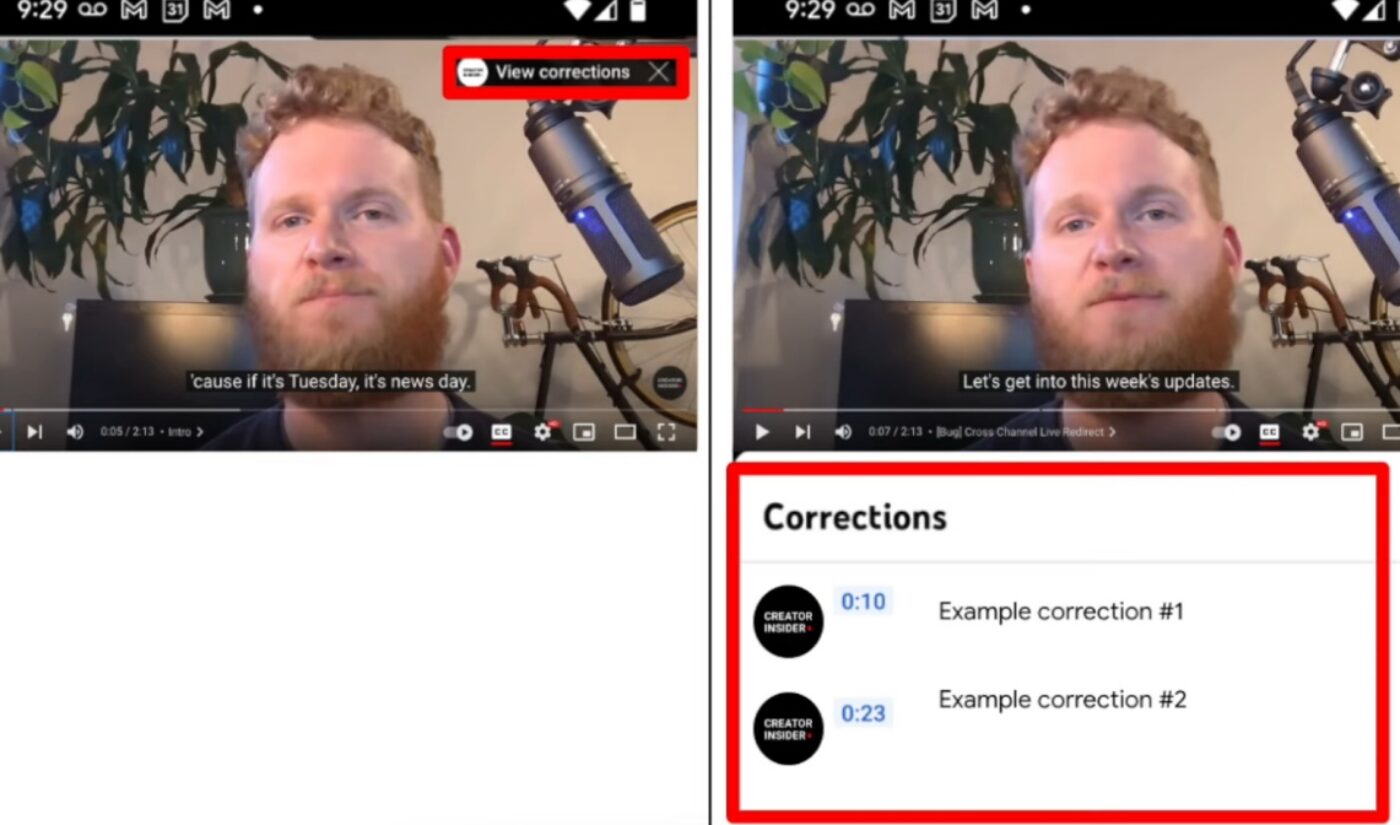 Even the most scrupulous creators occasionally make mistakes, but thanks to YouTube’s new feature, it’s now possible to amend those errors without jumping through any hoops. The latest update on the Creator Insider channel includes the announcement of Corrections, a feature that makes it easy for videomakers to set the record straight.

Previously, if a keen-eyed viewer caught an error in a video, creators had to rely on clunky solutions to fix their mistakes. They could reply to the commenter who spotted the gaffe or upload a corrected version of the offending clip, but the former option lacked visibility and the latter erased any metrics and comments the video had generated up to that point. Now, adding an amendment is as simple as accessing the offending video’s settings and creating a card that points out the mistake. The card can be set to pop up at the point in the video when the mistake first occurred.

According to Pierce, the YouTube product manager who hosted the latest Creator Insider video, the development of the Corrections feature was “based on creator feedback.” Recently, some creators have looked to clear the air by pointing out misinformation in their videos. A notable example came from Mike ‘Doctor Mike’ Varshavski, who went viral after discussing all the errors he’s made over the course of his YouTube career.

Speaking of transparency, the video embedded above does more than just announce Corrections. It also provides an update about the Copyright Transparency Report, which YouTube first launched last December in hopes of demystifying the actions of its Content ID system. The Report has now been updated to include data from the second half of 2021. In the report, YouTube now notes that rights holders have now received $7.5 billion in revenue from claimed content.

And as if that wasn’t enough goodies, this jam-packed Creator Insider update also includes some previews of YouTube’s presence at VidCon. In particular, the platform is hyping up a conversation between its Director of Product Management, Todd Beaupré, and megastar Jimmy ‘MrBeast’ Donaldson. The two power players will discuss the intricacies of the YouTube algorithm, and if you have questions you want them to answer, you can share them in the Creator Insider comments section.