Doctor Mike calls out misinformation in videos (including his own) 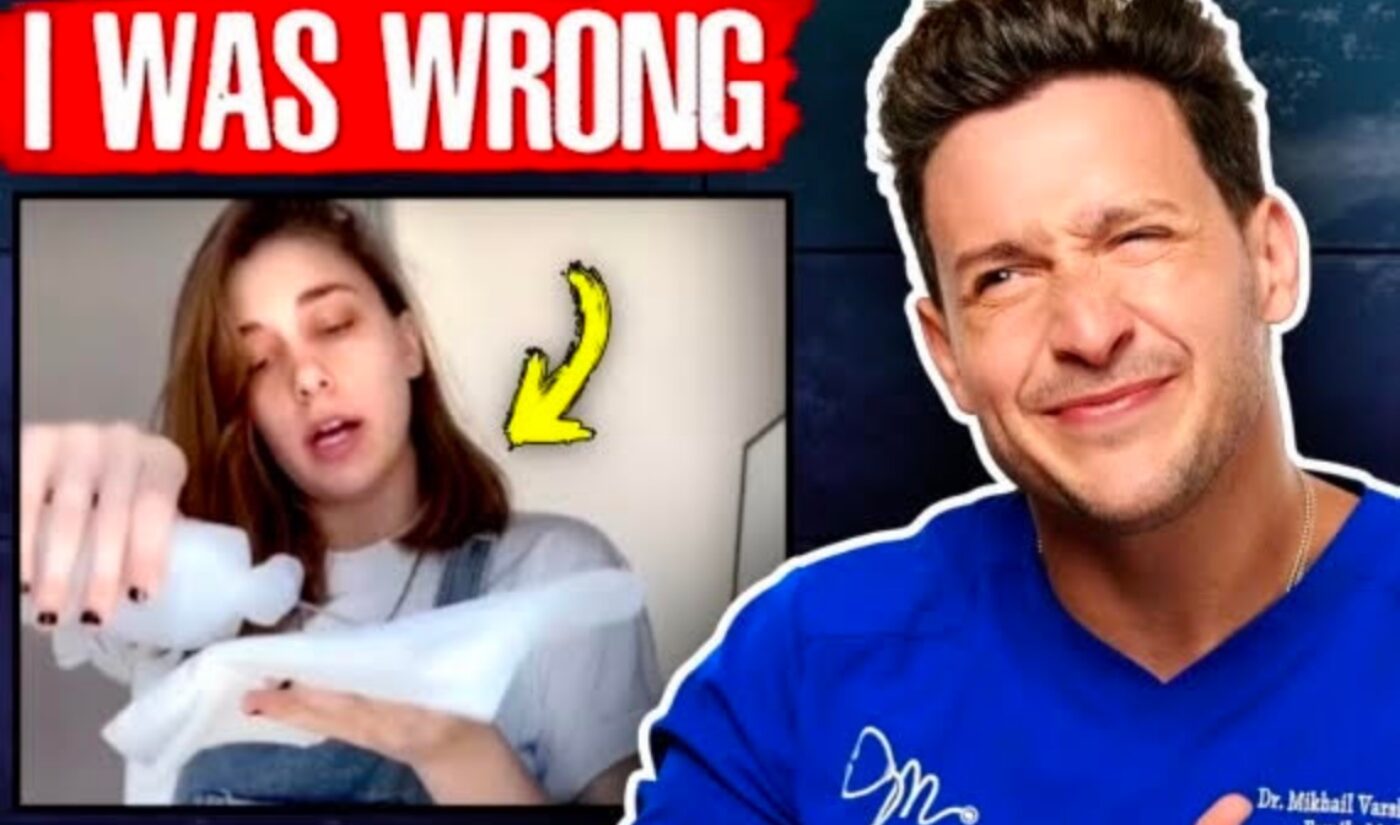 Mike Varshavski, known online as Doctor Mike, is the internet’s favorite family physician. In some of his most popular videos, he points out the misleading information he finds in TikTok videos. If a viral clip contains bad medical advice or dangerous stunts, Varshavski will be there to set the record straight.

Despite being a medical mythbuster, Varshavski is not immune to factual inaccuracies. In his most recent video, he identifies 12 errors he’s made in his previous videos, then provides the necessary corrections. “I’ve let some pieces of misinformation slip off my tongue as well,” he says in the video’s intro. “I’m human. doctors make mistakes.”

Varshavski’s past goofs range from innocent slips of the tongue to incorrect ideas about health and nutrition. As he rewatches these mistakes, he shows a range of reactions: In some cases, he comes to his past self’s defense. At other points, he holds his head in his hands and wonders how he could have fallen victim to hearsay. This honesty, combined with Varshavski’s natural charisma and good looks, has made the corrections video a hit. In its first day on YouTube, it got more than one million views and landed on the platform’s trending tab.

When we last saw Varshavski, he was battling iDubbbz in the main event of the Creator Clash. As it turns out, the physician’s participation in the influencer boxing event factors into one of his mistakes. He originally guarateed a knockout, only for iDubbbz and his “chin of granite” to make it through all five rounds without going down. Though Varshavski admits the inaccuracy of his initial boast, he counters iDubbbz’s claim that his punches were nothing more than “butterfly kisses.”

Regardless of how the bout unfolded, its results were extraordinary. In his corrections video, Varshavski notes that the Creator Clash raised $1.3 million for charity.