Jakey Boehm lets his TikTok followers wake him up in the middle of the night. He just made $34,000 in a single month. 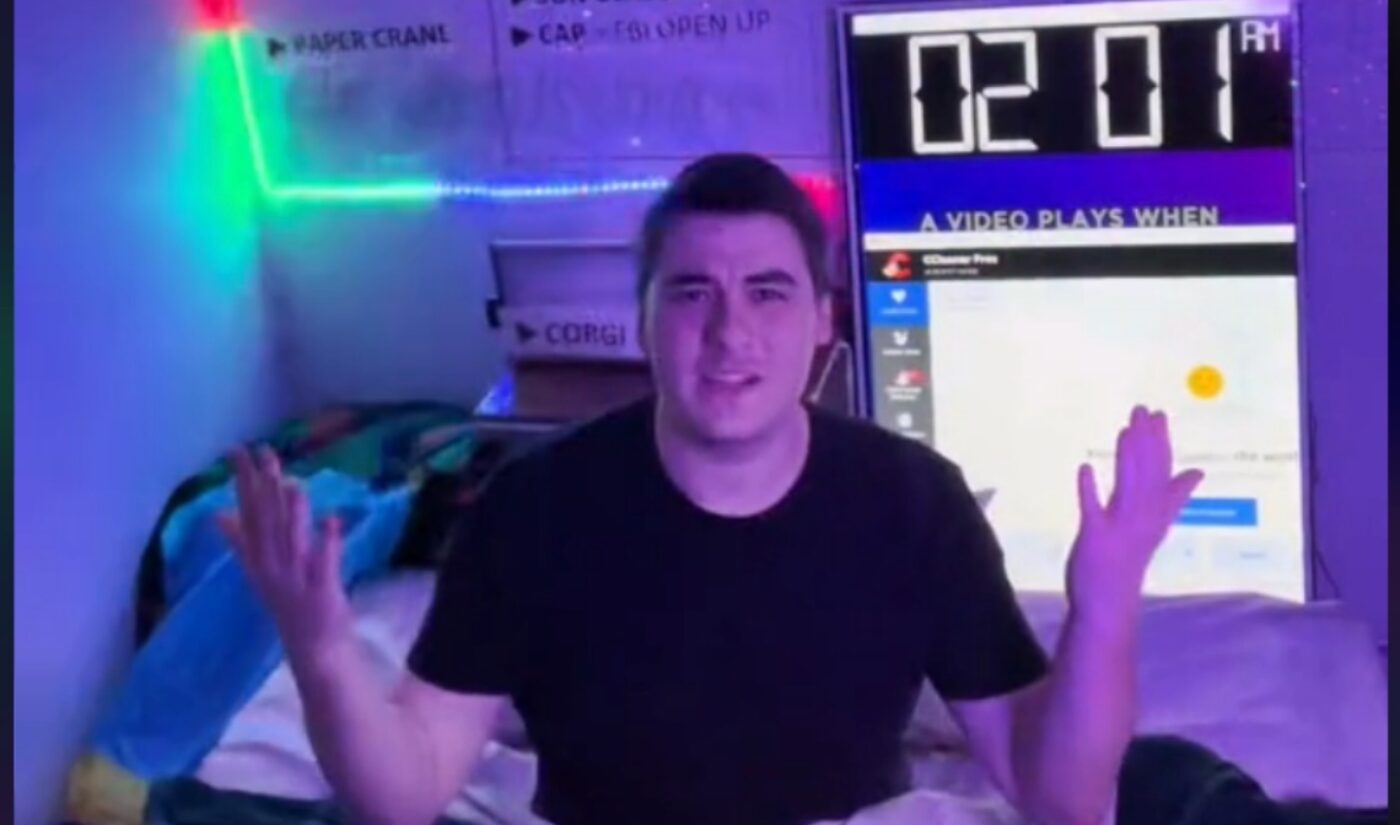 Looking for a career change? If you’re a night owl, you could follow Jakey Boehm‘s example and make money from an uneven sleep schedule.

In an age when “sleep influencers” make big bucks by helping their followers drift off, Boehm and his contemporaries are sounding the alarm — literally. Last month, according to INSIDER, the 28-year-old took home $34,000 by selling gifts that control his middle-of-the-night wake-up calls.

To explain what that means, it’s easiest to take a look at some of Boehm’s best-performing TikToks. In one clip, which has been seen more than 3.4 million times, the Australian creator is awoken at 12:30 am by the marching drumbeat of the Barney & Friends theme song while a machine blows bubbles into his face.

@jakeyboehmControl my room join the live

To control the means by which Boehm is roused, his TikTok Live viewers purchase specific gifts, each of which corresponds to a specific wake-up call. TikTok introduced gifting last year as one of its first monetization options for short-form creators. The platform’s live broadcasts have since received an additional revenue boost thanks to the introduction of Live Subscriptions, which are currently available for a select group of users. Once TikTok’s subs roll out widely, Boehm might be able to improve upon the $34,000 he made in May.

In total, Boehm has attracted about 427,000 followers with “the original TikTok interactive sleep stream.” Other practitioners of that highly-specific genre include @omg_letmesleep and @best.olty. While these creators may be throwing their circadian rhythms out of whack, they are growing in popularity. INSIDER noted that Boehm was one of the 30 most-watched streamers on TikTok Australia during the week of June 6.

“I sort of enjoy doing it,” Boehm told INSIDER. “Seeing the page grow so much consistently gives me a lot of joy. It’s almost like an addiction really, you’re just trying to get up to the top all the time.”

If you’re looking to get into the sleepfluencer game yourself, here’s a little tip: You might want to move to Boehm’s native Australia. As one of his American viewers, I love that I can check out his fun and chaotic streams without having to cut into my own sleep schedule.