TikTok’s subscriptions are going live on a few accounts soon 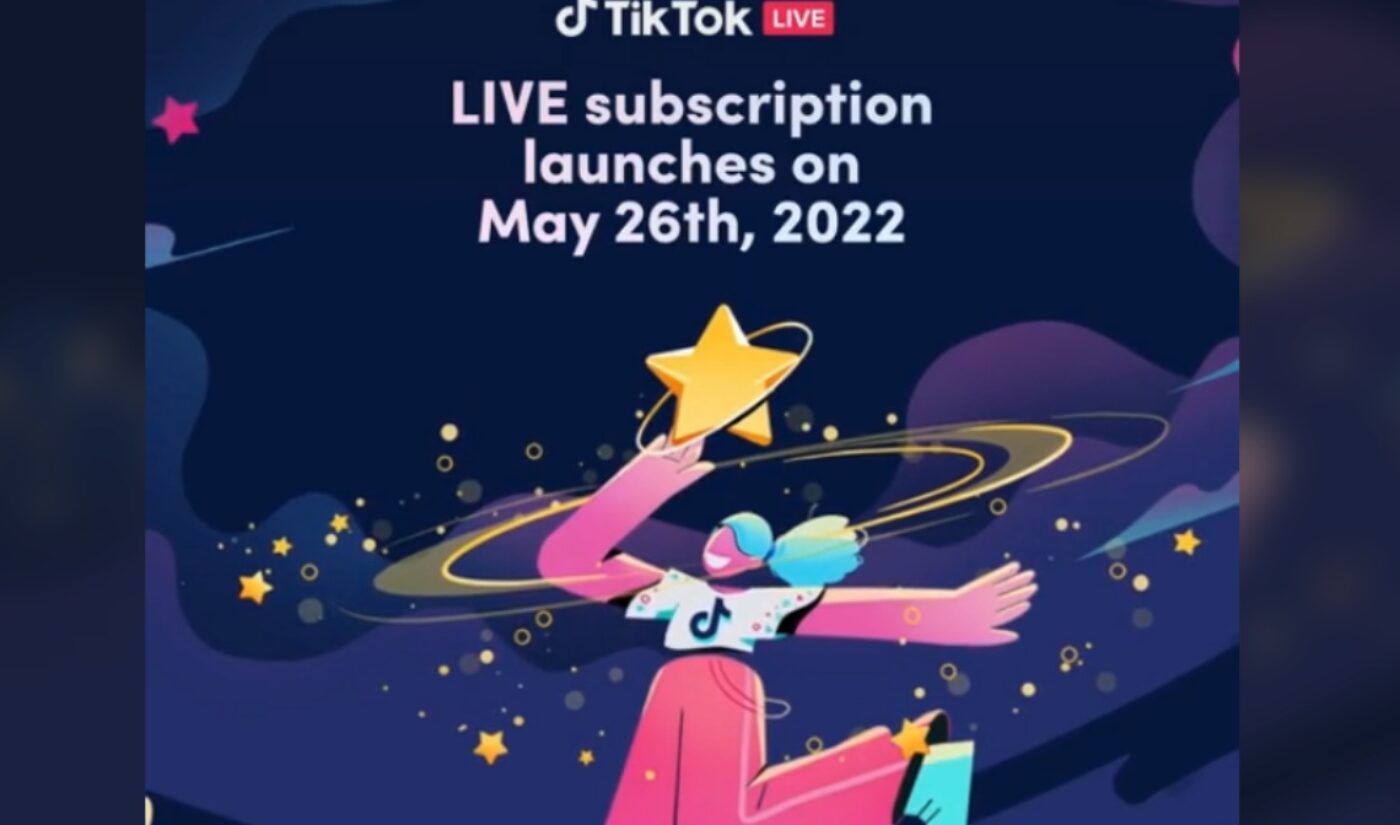 TikTok knows that its community is hungry for more revenue streams. Days after the app rolled out its TikTok Pulse program to share ad revenue with the top 4% of its creators, it announced the launch of Live Subscriptions, which are designed to “generate predictable monthly income” for their users.

The new feature is functionally similar to the other “subscription” services that operate on Twitch and YouTube Gaming. For streamers on those platforms, the ability to create a paid tier of viewers is a potent moneymaking tool. TikTok’s take will also be structured around live content. As creators broadcast to their fans, they will be able to sell subscriptions, which will unlock exclusive content, special emotes, and subscriber-only comment sections. According to TechCrunch, the financial particulars of TikTok’s subscription model are expected to resemble the deals on other platforms. That would price subscriptions around $4.99 apiece, with 70% of the revenue going to creators.

Rumors of TikTok’s subscription plans first fluttered around the internet in January. The revenue stream is now going live, but only for a select group of partners across a variety of categories. Over the past few days, those creators have been revealing themselves on an official TikTok hub. Some of them, like streamer bbjess and musician JACK BE, have even hinted at some of the perks that will be offered to subscribers. “Only my subscribers get to control my cameras on my live stream,” JACK BE said.

Some of the initial partners already utilize subscriptions on platforms like Twitch, and TikTok knows that it needs a strong version of the feature if it hopes to attract gamers, as recent reports have suggested. The beta version of TikTok Live Subscriptions will launch on May 26, but rollout details beyond that date are unknown. Eventually, according to a TikTok blog post, all users will at least 1,000 followers will be able to sell their own subs.