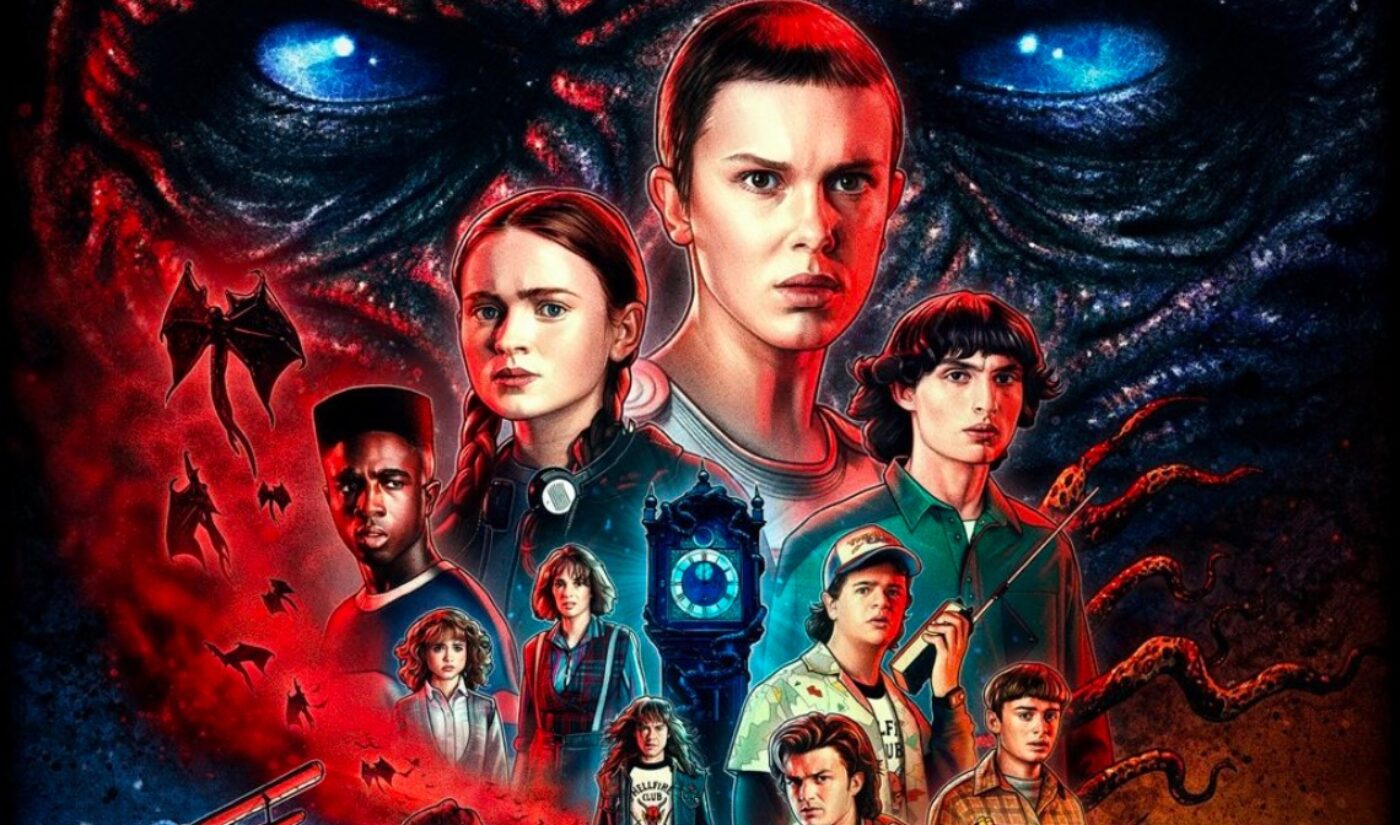 The gang from Hawkins, Indiana has given its home platform a much-needed boost. Between May 30 and June 5, season four Stranger Things generated 335 million hours of watch time. Among English-language Netflix seasons, that’s the highest weekly viewership of all time.

The fourth season of Stranger Things landed on Netflix on May 27. Seven of the season’s nine episodes were released simultaneously, with two more slated to arrive on July 1.

There are several factors that have helped turn the new batch of episodes into a watch time machine. For starters, there’s the wait: It’s been nearly three years since season three of the nostalgic horror drama, and fans were hungry for a return to the upside-down. The length of the seven new installments played a role, too. Only one of them clocked in at fewer than 75 minutes, and the septet runs for about nine hours in all. To top it all off, season four of Stranger Things was a critical success, drawing rave reviews. Its celebrated fourth episode, titled ‘Dear Billy,’ spawned a meme that went viral on TikTok and pushed Kate Bush’s 1986 track ‘Running Up That Hill’ back into the music charts.

Given all that acclaim, it’s no surprise that season four of Stranger Things became a smash hit right from the get-go. On May 29, Stranger Things became the third Netflix series to generate at least five billion minutes of watch time over seven days. The other two members of that group — Ozark and Tiger King — both achieved their milestones in March 2020, when many people across the world were locked up at home and watching Netflix.

Not only is @Stranger_Things Season 4 crushing it on @Netflix globally, but Seasons 1, 2 & 3 all surged into top 4 meaning the four MOST watched series on Netflix in the past week based on minutes viewed are ALL STRANGER THINGS$NFLX pic.twitter.com/NfYURWAB5W

When non-English language seasons are taken into account, Stranger Things season four still boasts the most premiere-weekend watch time of any Netflix series, with 287 million hours. However, the season is unlikely to break Squid Game‘s seven-day watch time record. Late last year, that Netflix series pulled in 571.7 million hours in a single week. Perhaps Stranger Things season four will make a run at that mark when its final two episodes land on Netflix next month.

On that note, much has been made of Netflix’s decision to split Stranger Things season four into two parts, since the streamer typically drops new seasons of its scripted shows all at once. Though Netflix probably chopped up Stranger Things so that the show can be eligible at the Emmys two years in a row, some viewers (myself included) have wondered whether a weekly release schedule would have brought even more hype to Netflix’s most popular original series.

Perhaps that’s true, but we’re unlikely to ever find out. Peter Friedlander, Netflix’s head of scripted series for U.S. and Canada, said that subscribers should not expect a staggered release schedule for the fifth and final season of Stranger Things. “For the fans of Stranger Things, this is how they’ve been watching that show, and I think to change that on them would be disappointing,” he said. “To not give them exactly what they’ve been expecting…would be an abrupt change for the member.”

Even though Stranger Things won’t compel Netflix to change its distribution strategy, the show could give its home platform a vital boost to its subscriber numbers. We’ll learn the size of the “Stranger Things effect” when Netflix delivers its Q2 2022 earnings report sometime around July 19.