Linktree pioneered the link-in-bio industry. Now it’s rebranding to put “creators at the forefront” of its business. 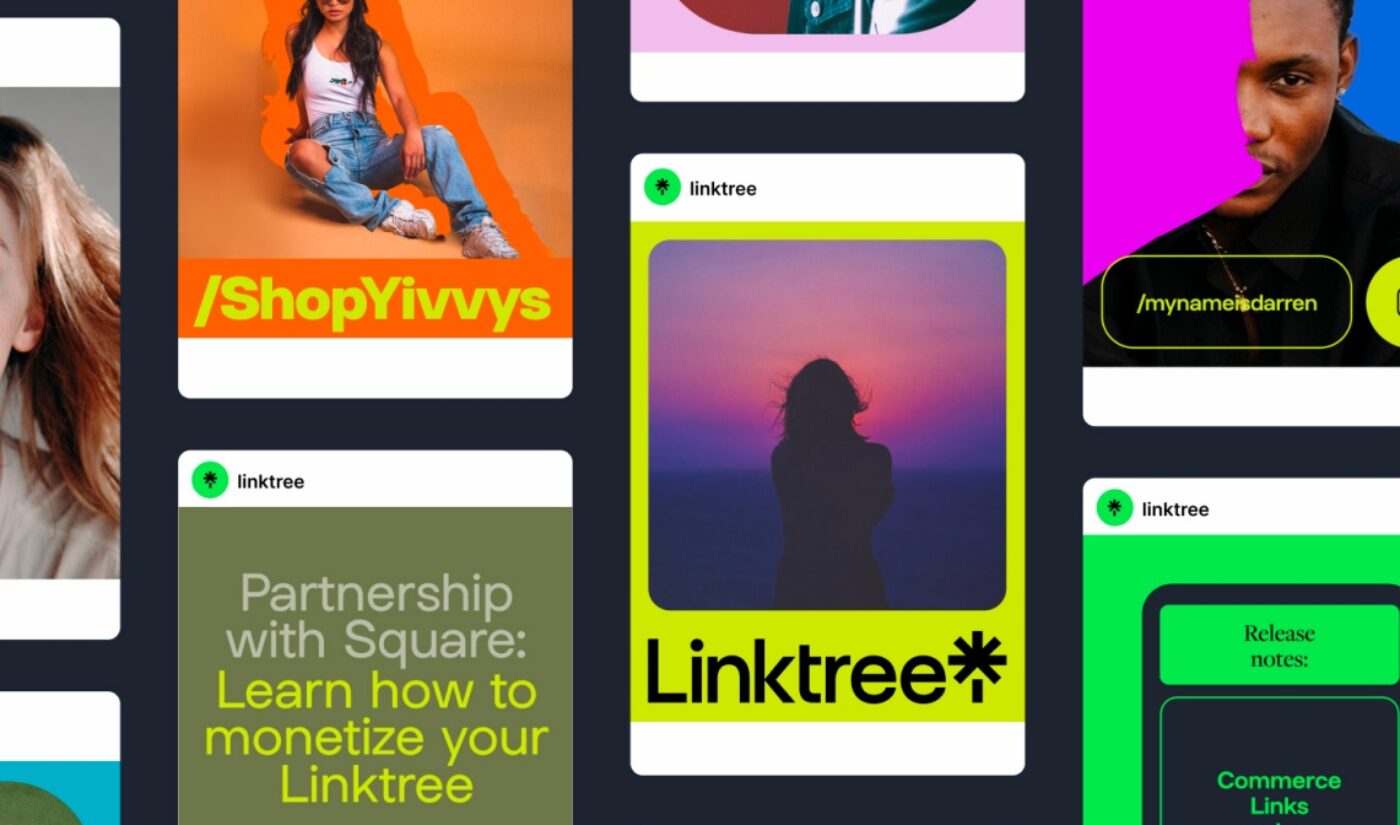 Linktree has a new look.

The six-year-old company is known as a pioneer of the ‘link-in-bio’ industry, but it recent years, it has started to incorporate a wider ranger of services and creator-facing tools. To express that shift, Linktree has announced a redesign. Its new image will be defined by bright colors, a signature sans-serif font, and a focus on connectivity.

Linktree cooked up its refreshed image with some help from the design firm Collins, which is well-known for its work with another digital media company: Spotify. There are some clear similarities between Linktree’s new look and Spotify’s visual design, as both rely on pops of color and big letters. The image above would not look out of place on your Spotify Wrapped page. A main component of Linktree’s updated style is Link Sans, a typeface that “was designed to allow for optimal accessibility across languages,” according to a press release.

Linktree’s link-in-bio service, which allows users to consolidate external links, merch stores, and much more in a single URL, has become a common sight on Instagram and TikTok profiles. The company counts about 23 million users in all.

“Following findings in our recent 2022 Creator Economy Report on the size of the creator economy – at a huge 200m individuals – Linktree believes the potential of the space has been underestimated to date,” said Linktree co-founder and CEO Alex Zaccaria in a statement. “We strongly believe that anyone has the ability to grow highly engaged, connected audiences and monetize what they do through a single link. Our new identity is befitting of the vision of the company, as some of that starts to be realized, with so much more on the way.”

Given all of Linktree’s success, it’s easy to wonder why it chose to undergo a redesign at this particular moment, but the state of its competition provides the answer. Companies like Koji and Pico have entered into the link-in-bio arena while still offering other services. Linktree is still a leader in that category, but its leaders want to do more, and they’re hoping a new image will highlight a focus on “self-expression, discovery, connection, and community.”

So where is Linktree going? The $110 million funding round the company raised earlier this year signaled its desire to expand the size and scope of its business. Then, in May, it courted the world of Web3 with a host of new features. As it announced its new image, the company noted that it has “a whole suite of new tools and features set to be released to the market over the coming months,” so don’t be surprised if the link-in-bio leader grows bigger than its original niche before year’s end.