Pocket.watch now has 70,000 videos in its library after partnering with top kids channels like Vania Mania 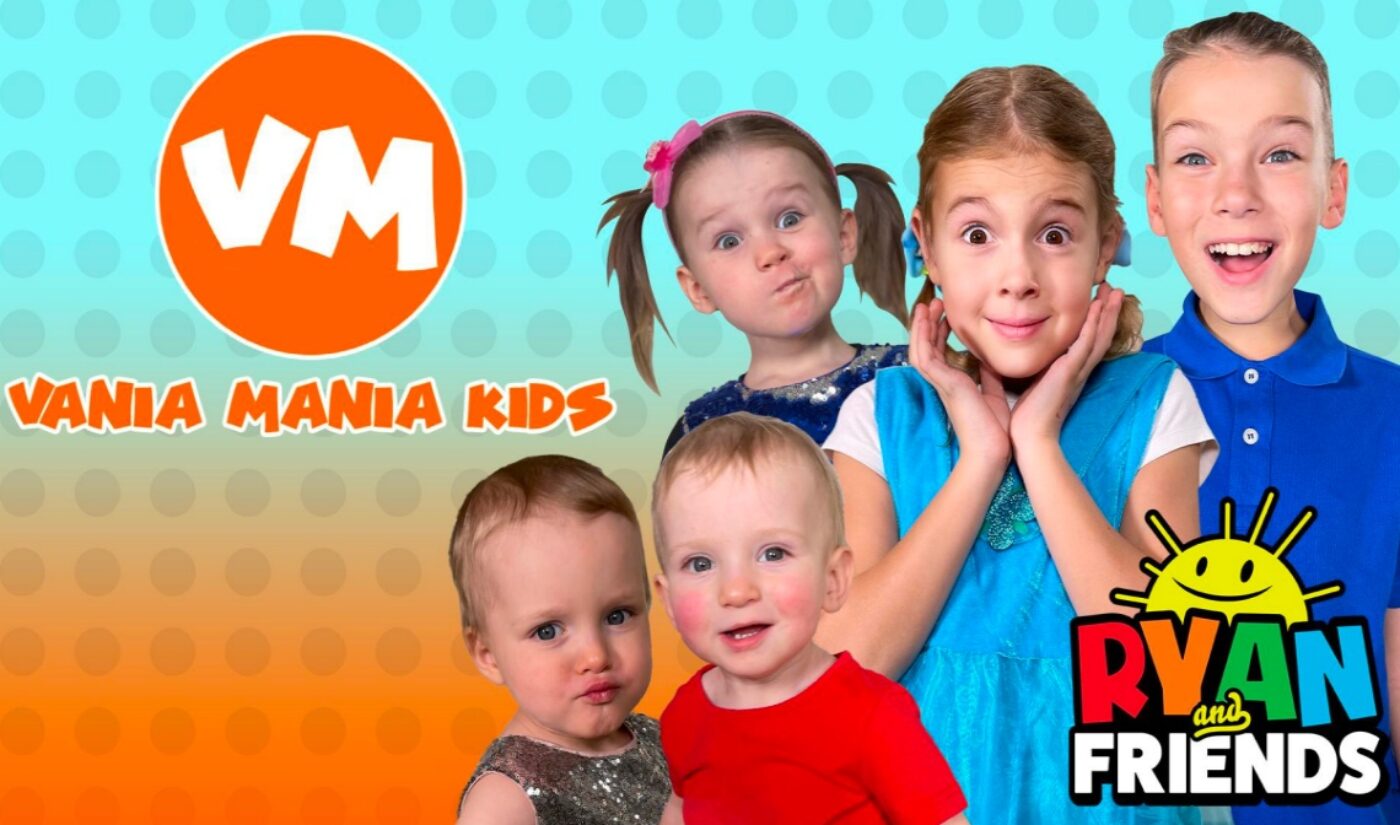 The massive family content studio pocket.watch is getting even bigger. The five-year-old company has added 13 new channels to its roster, including top kid-friendly destinations Vania Mania Kids, Hudson’s Playground, and Mackenzie Turner. As a result, pocket.watch now has a library of more than 70,000 videos at its disposal.

Of the new channels in pocket.watch’s lineup, Vania Mania is the most prolific. On its seven-year-old YouTube channel, the family content hub has pulled in 6.2 billion lifetime views and accumulated 17.2 million subscribers. A typical Vania Mania clip features a steady stream of songs and skits, which are performed by siblings Vania, Mania, Stefy, Dasha, and Alex.

We’ve seen Vania Mania in our Top 50 charts before, which means the channel will feel right at home at its new studio. Pocket.watch works with Kids Diana Show and LankyBox, which both cracked the top five in our latest U.S. Top 50. Ryan Kaji, who is pocket.watch’s most iconic partner, has 51.6 billion lifetime views on his flagship YouTube channel. With its newest partners included, the thriving company now has 15,000 hours of video in its library. That’s enough content for pocket.watch to dub itself the “largest independent kids and family content studio.”

Vania Mania videos can currently be found on the Ryan and Friends Amazon channel, which pocket.watch launched in 2020. “The pocket.watch library of kids and family content is unlike any other in the industry,” said pocket.watch Founder and CEO Chris M. Williams in a statement. “Our unique approach to packaging content, as well as our skills in developing original content with the biggest digital stars and creators in the world allows us to supply all types of streaming platforms with proven content and IP that attracts and engages massive audiences everywhere it goes, while providing our creator partners with new opportunities to monetize content beyond YouTube.”

The other new channels on the pocket.watch roster will add new voices to the studio’s lineup across a variety of different categories. There are already a plethora of “family vlogs” that share the experiences of kids and their parents, but Hudson’s Playground puts a twist on that format thanks to its farm setting. Or if your kid isn’t the outdoorsy type, they can check out Mackenzie Turner’s Roblox roleplays, which will slot into pocket.watch’s three-year-old gaming division.

In a press release, pocket.watch suggested that it would work with its new partners to develop new franchise and intellectual property. The studio has already created a few shows inspired by its top stars, including programs based off the Ryan Toys Review, Onyx Family, and Kids Diana Show channels.