iDubbbz signed himself up to get punched in the face. Why would he do such a thing? 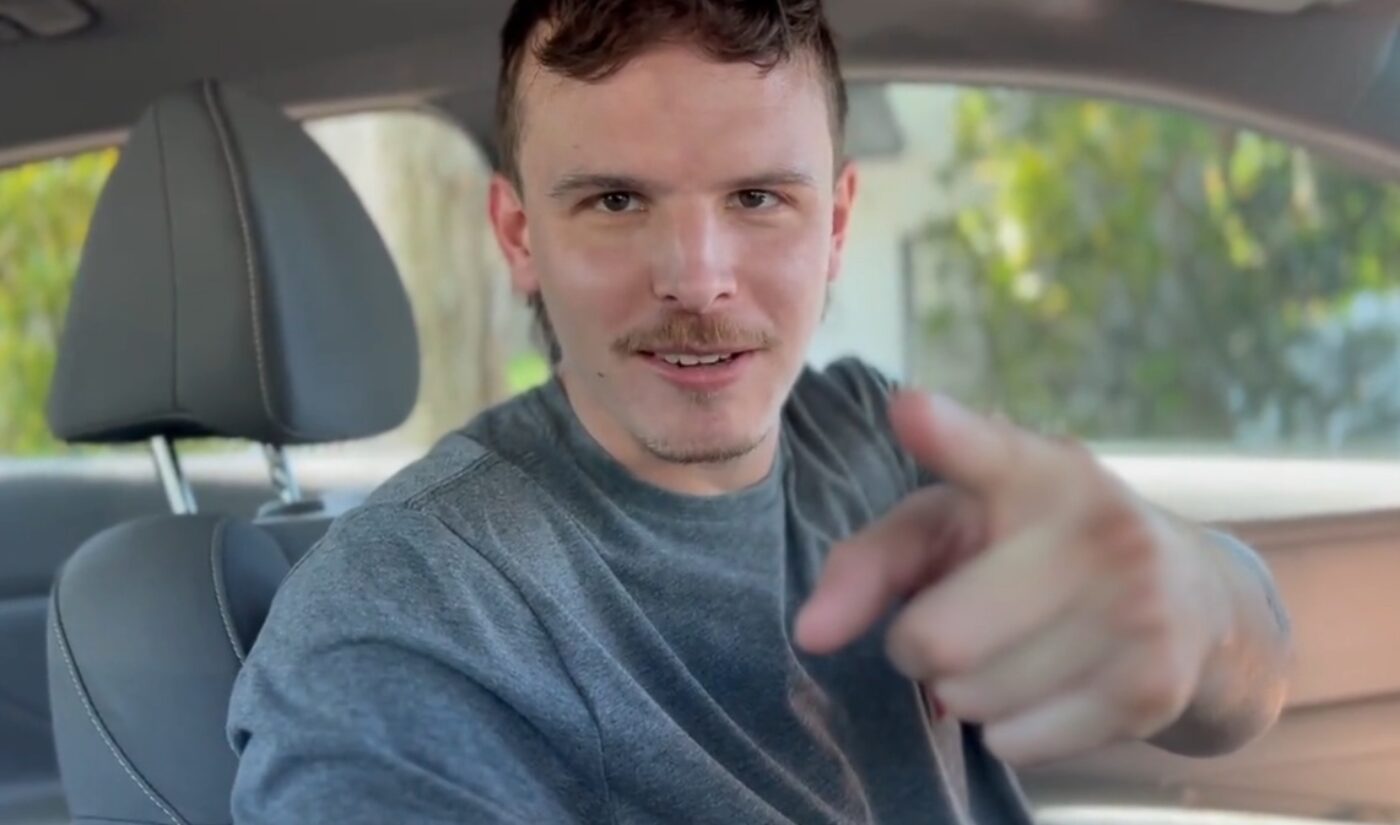 If you watch the latest video on the iDubbbz YouTube channel, and then spend a few minutes talking to the 31-year-old creator behind that channel, you might get the impression that he has an alter ego.

By day, he is mild-mannered content creator Ian Washburn, known for examining the culture and community that surrounds him. His logical and straight-talking nature appeals to his 7.7 million YouTube subscribers, who tune in to see which big-name creator the former ‘Content Cop’ will take on next.

Though iDubbbz no longer adds new videos to the Content Cop series, he still calls out creators who engage in fakery, lies, and misleading statements in hopes of winning new fans. In a video titled “Why I hate influencer boxing,” he criticized Bryce Hall and Austin McBroom for their empty, high-stakes boasts. “You’re already beating the shit out of each other,” he said. “Why do you need to add this weird element of humiliation?”

At night, the gloves go on, and iDubbbz steps into the influencer boxing ring himself. He is training hard for the upcoming Creator Clash, which will take place at 6 PM ET on May 14 at the Yuengling Arena in Tampa. The charity event will be headlined by a bout between iDubbbz and “Doctor Mike” Varshavski, a.k.a. “The Sexiest Doctor Alive.”

How can iDubbbz’s two personalities — the chill cultural commentator and the fierce, determined pugilist — exist in the same body? Why did Washburn get involved in a scene he purportedly hates? And will be able to make the Creator Clash distinct from the events it resembles? To answer those questions, we have to examine the entirety of this strange trend and the major players who have raised their gloves within it.

A change is coming

And I’m not talking about the 40 pounds iDubbbz is putting on to prepare for his fight, though I’d imagine his new body will look alien to many of his longtime fans.

The change I’m talking about concerns the online video community. For years, creators have been battling burnout. Their channels are compartmentalized based on the types of fans they attract when they first start making videos, and jumping from one niche to another can be stressful. It requires creators to forsake the videos that first brought them fame in favor of the ones that can make them happy in the current moment. Those pressure-packed transitions fan the flames of burnout.

The iDubbbz channel has undergone several of these transitions across its ten-year lifespan. Though Content Cop made Washburn a YouTube star, he eventually moved away from the “edgy and controversial stuff” that once defined him. As he told Tubefilter, “videos being critical of other people” is ultimately “a fad in the life cycle of YouTube.”

Currently, the iDubbbz channel’s focus is long-form documentary filmmaking, which allows its star to be “a little experimental and self-reliant.” He chronicled creator Daxflame in 2020 before taking on comedian Sam Hype in a 2022 doc that mixed vlogging with gonzo journalism.

His next doc will capture his journey into the boxing world, and that helps us understand why so many creators are captivated by this peculiar twist on combat sports. Influencer boxing is a means of (literally) fighting burnout. To fight and win, participants must “get out of the hustle and bustle [of] the daily YouTube grind,” iDubbbz explained. “Every time I do something new and challenging, I’m very happy with the results.”

Influencer boxing is an exciting new experience for both its participants and its viewers, but it would be naive to suggest that prizefighting creators are abandoning their former careers as they battle their way into a new one.

Many of the skills influencers develop over the course of their careers help them out once they step into the ring. “The reason we’re seeing a lot of these YouTubers be successful in boxing is because they’ve already done the grind in their niche online,” iDubbbz told Tubefilter. Creators who become boxers are “capped out on live streaming and now they’re ready for a new challenge.”

And whether iDubbbz likes it or not, creators are also well-suited for the drama that is inherent to combat sports. Weigh-ins and press conferences have historically bred beef between fighters, and once the round one bells rings, the people who purchase fights on pay-per-view eagerly await the resolutions of any preceding shouting matches.

Online video stars are protective of their reputations, which gives them incentive to protect themselves in the ring as well. It’s always been my belief that Jake Paul got so good at boxing because he knew how many of his haters wanted to see him get beat up, and I asked iDubbbz if he agreed with that statement. The Creator Clash headliner admitted that “it could be,” and he won’t mind if his detractors root against him.

“A lot of people are going to be watching to either see me or others get messed up and I welcome that,” he told Tubefilter. “That’s more added value for people who boxing doesn’t resonate with them.”

So yes — even if iDubbbz hates the manufactured drama of some influencer boxing matches, he admits that some amount of drama is unavoidable. The plan is to provide “a taste” of those storylines without letting them grow so big that they detract from the main event.

“The reality of the situation is starting to set in”

So when you get past all the reasons influencers love boxing, and accept all the drama that comes with that, you’re left with two people in a ring and one question: How entertaining is the boxing itself?

This is the good sort of drama that iDubbbz spoke about in his “Why I hate influencer boxing” video. When you throw a newly-trained fighter into the ring, you get to see whether they’re properly prepared or totally out of their depth. Both of those outcomes occurred in the same fight when Jake Paul knocked out former NBA player Nate Robinson.

As iDubbbz tells it, the Creator Clash will be full of fighters who will be shockingly well-trained. He cited Hundar and AB as two of the participants who are “grinding the hardest,” and he believes the undercard fight between Michael Reeves and Graham Stephan will be “very interesting.”

As for the main event? When I told iDubbbz that the tale of the tape favors the combatant with the huge arms, he laughed. He said that “a lot of people feel similarly,” but he has been training hard and feels “confident” that he and Doctor Mike will be on even footing once they meet at 190 lbs. Perhaps the man who is experimenting with his YouTube content has another surprise for us — though he did admit in a recent video that “the reality of the situation is starting to set in.”

May 14th is coming… pic.twitter.com/lAELmga8PU

Well, if the Creator Clash goes badly for iDubbbz, he can always check out the next influencer trend, whenever it arrives. He suggested that fans will flock to any competition that adds “more theatrics” to the equation. “Maybe they want to see ‘em dance,” he suggested.

Charities supported by the Creator Clash will include the American Heart Association and the Alzheimers Association of America. For more information about the event, check out its website.