Instagram thinks the future of memes has “infinite possibilities.” That’s why it’s holding an official MemeCon. 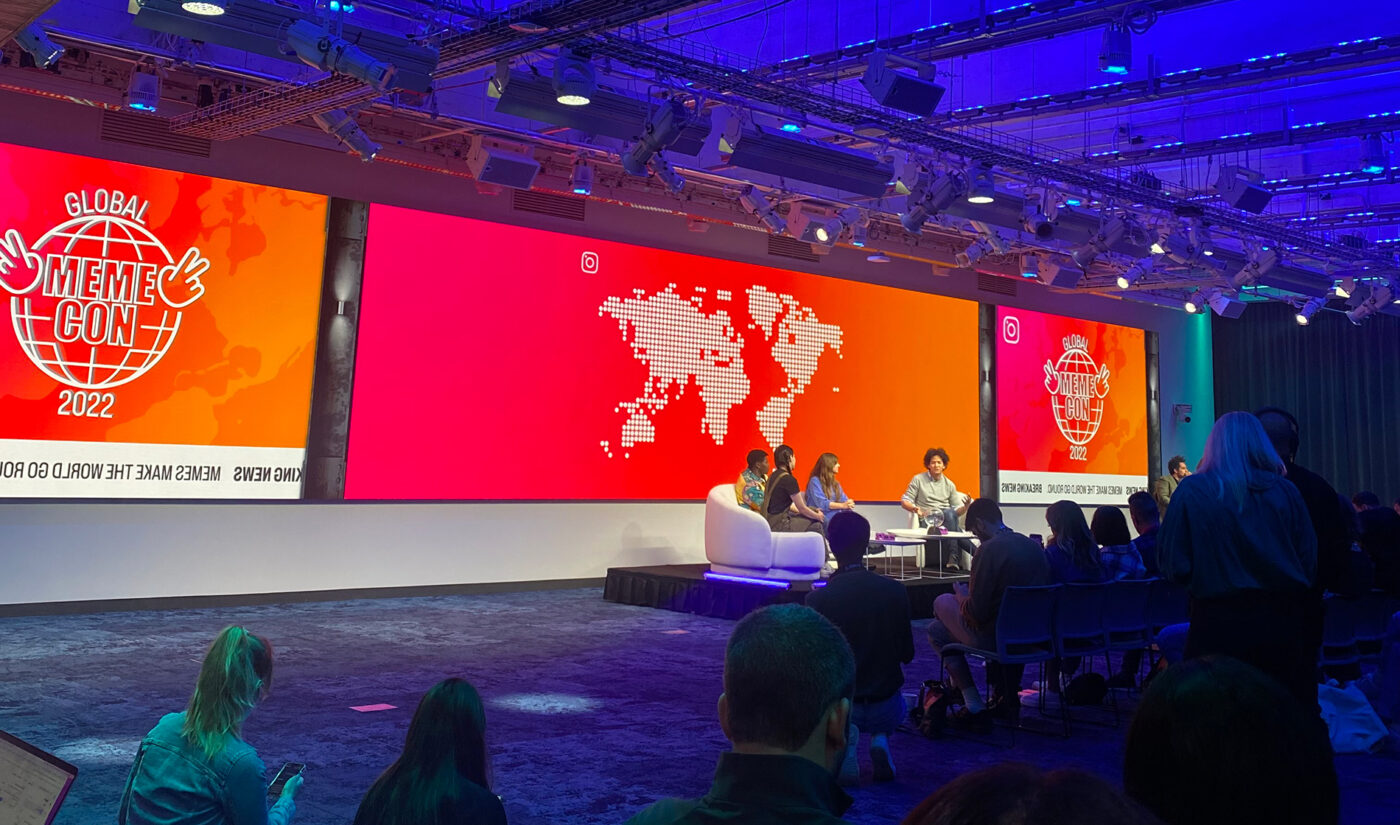 Last year, the Meta-owned platform introduced the Global Meme Summit, which it pitched as a Zoom-based event to “celebrate Meme Creators around the globe” with “deep dive into trends, meme masterclasses, networking & collabs, and exclusive conversations with Instagram leadership.”

That inaugural summit brought together 20 creators for speeches from Meta execs like Mark Zuckerberg and Instagram’s head of product Vishal Shah.

This year, the second “Global Meme Summit” has been officially rechristened MemeCon, and it’s taking place in New York City today, with livestreams going out to the internet at large.

Like pretty much everything else Meta is doing these days, MemeCon 2022 is metaverse-themed, and in tandem with the meatspace event, will also feature “activations” via Oculus virtual reality, Instagram says.

Twenty-four Instagram creators are joining platform executives including head of meme Ricky Sans to present a day of panels and programming about things like meme-specific trends and best practices for posting.

Another panel, “Meme-ing the Dream,” will be led by Kayla Nicole Jones. John Stessel and @itsjakeberg, meanwhile, will put on a VR magic show, and @yesterdaynite will run a VR painting tutorial.

“We recognize the power and ingenuity of meme creators, and we aim to celebrate and support the community through events like MemeCon,” Sans says. “Meme creators are one of the most vibrant communities on Instagram, and have become a pivotal part of pop culture on the platform.”

He points to featured creators like Natalie Amrossi/@misshattan and Jason Seife/@jasonseife as examples of this ingenuity. Both of them have created NFTs, something Instagram sees as them having “pivoted to new spaces such as web3 and blockchain technologies, turning their artwork into ‘digital gold,’” Sans says. (At MemeCon, Amrossi and Seife are leading an NFT panel called “Get That Digital Gold.”)

Overall, Sans says, “The future of memes holds infinite possibilities. We expect to see meme creators pushing the boundaries of new formats through creative experimentation. Meme creators have come so far on Instagram the last 10 years because they adapt so quickly to technology, as Instagram continues to innovate and introduce new features.”