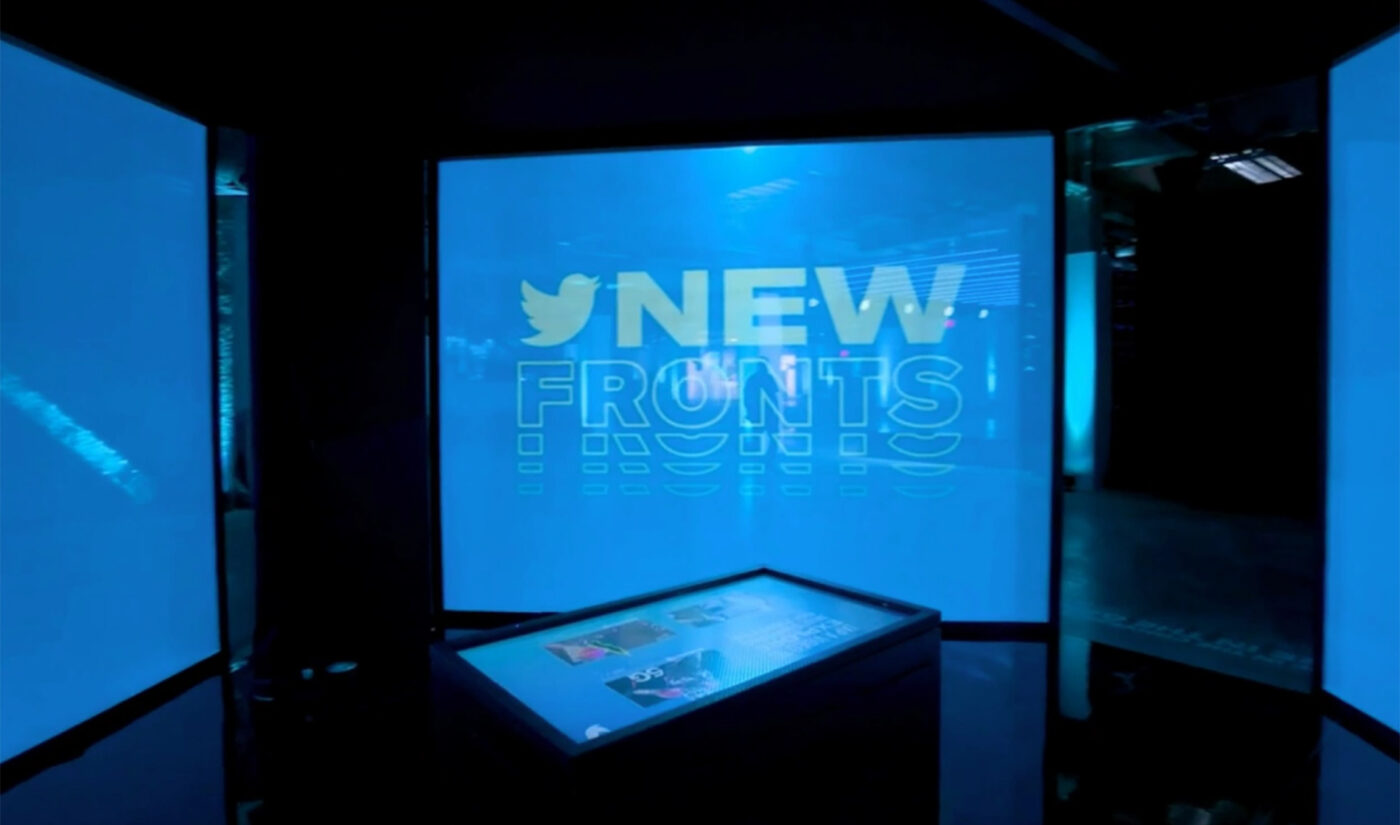 Twitter seems to have gone into the 2022 NewFronts with one goal: to reassure marketers that despite Elon Musk’s (potential) buyout and bombastic talk of returning the platform to some kind of golden era of free speech, it’ll remain a brand-safe investment for their advertising dollars.

Throughout its whole presentation, “premium content” was the name of Twitter’s game. The company announced new and expanded deals with big media partners like Condé Nast, the WNBA, ESSENCE, E! News, Revolt, and Fox Sports (more on those below).

It also announced a first-time deal with NBCUniversal and ad measurement firm iSpot.

Twitter wants to be a partner, not competitor, for TV ads

Robin Wheeler, Twitter’s VP of client services, took to the stage to pitch the platform as a “reach extension” for advertisers’ TV and other traditional campaigns.

Unlike, say, YouTube, which more and more is pushing marketers to spend money with it instead of on TV ads, Twitter wants to be “the second screen and the first scroll,” Wheeler said, referring to how people are often on their phones while watching major sporting events or weekly TV episodes.

With iSpot’s analytics, Twitter hopes to show marketers “the incremental audience generated from their Twitter media campaigns,” it says.

And Twitter’s planning to give advertisers more places to put their ads—and products. At the NewFronts, it used this week’s viral posts and videos to dangle a tantalizing idea: What if it could help marketers make the next Met Gala shoppable?

In 2021, brands hosted 375 live events on Twitter, with around 3.3 million hours of content watched by users collectively, Wheeler said. The platform aims to double down on this by introducing live shopping broadcasts that tie into trending events.

Twitter also plans to let marketers run pre-roll ads on live global event pages and in its Explore tab. The pilot program for that is coming later this year.

As for all that premium content it plans to produce…

Twitter’s spate of unveiled deals kick off with a multiyear partnership with Condé Nast that brings in video, Spaces, Moments, and live content from Wired, Bon Appetit, and The New Yorker, plus event coverage of Vogue’s Red Carpet at the Met Gala, the Vanity Fair Oscar party red carpet, and the Pitchfork Music Festival.

Twitter is also expanding its partnership with ESSENCE magazine to include coverage of the Essence Festival of Culture and the Global Black Economic Forum, plus monthly audio Spaces and weekly clips from original series like The Receipts and ESSENCE Uncovered.

E! News’ deal sees it making a Twitter-exclusive live show called While You Were Streaming, aimed at covering “the biggest shows in the TV universe,” Twitter says.

Sports remain a big thing, too

Twitter also signed a multiyear extension of its longtime partnership with the WNBA. The women’s league will host exclusive Spaces during games, major events, and the offseason, and will post polls, player interviews, Twitter Moments, and debut new content franchises.

“When advertisers tap into Twitter’s premium video content, they are aligned with the topics that our uniquely engaged audience is already obsessing over,” Wheeler said in a statement. “Premium, brand safe content that serves diverse communities is more important than ever today. We’re grateful to find new ways to expand this inventory on Twitter, giving our advertisers and marketers a place to drive incremental reach and results.”