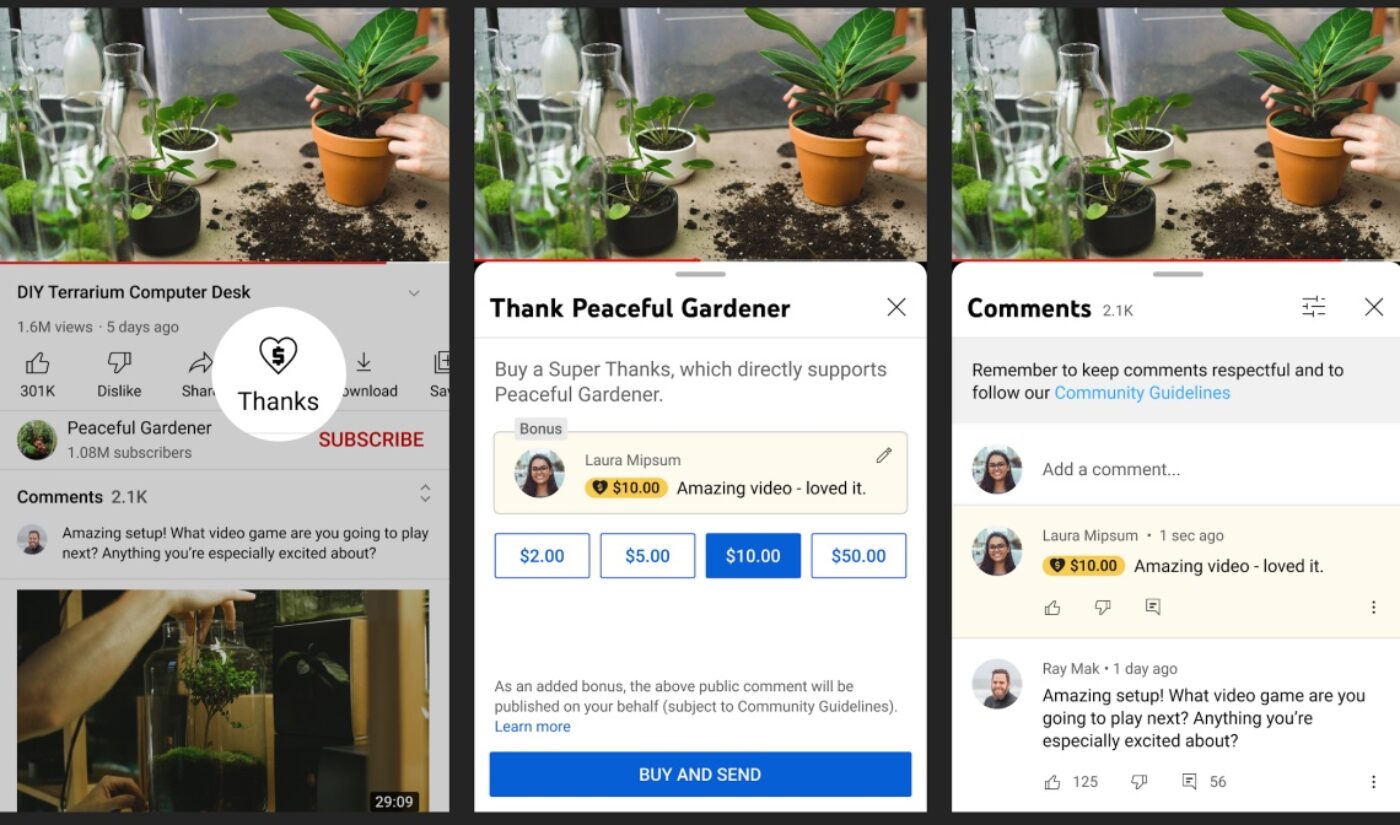 More than two years after it was first teased, YouTube’s Super Thanks is getting a full rollout.

The monetization feature, which is akin to the “tip jars” offered by other social media platforms, is now available in 68 countries to all members of the YouTube Partner Program. That means that if you live in one of the regions listed in the “Availability” section of this page, you can send and receive special comments that double as financial contributions.

Super Thanks resembles Super Chats, which YouTube introduced in 2018 as a means of competing with Twitch’s cheering system. The main difference between these two YouTube features is the videos they’re available on. Super Chats allow viewers to support their favorite creators during live streams, while Super Thanks are limited to on-demand videos.

Even though it’s only getting its official launch now, Super Thanks has been around for a few years. It popped up back in 2020, when it was known as Viewer Applause and was still in its testing phase. The Super Thanks rebrand occurred in 2021, though the feature was still limited to select creators. Some of those early guinea pigs reported that Super Thanks accounted for up to 15% of their channel revenue.

Now that the masses have access to Super Thanks, YouTube is souping up the tool by adding the “top request” from the creators who have used it. Previously, a Super Thanks could only say, well, thanks, but starting now, those messages can be customized. YouTube has been teasing this update for months, and it makes a lot of sense. Part of the fun of Super Thanks is that the donations are delivered in special comments, which have increased visibility. Giving fans the option to broadcast meaningful messages will make them more likely to buy tips for their favorite creators — at least in theory.

What’s not changing (at least not yet) is the rigid structure of the Super Thanks donations. There are only a handful of monetary values that can be selected, ranging from $2 up to $50. These numbers are adjusted to the “local currency equivalent” in countries that do not use the U.S. dollar.

YouTube has no shortage of monetization options, but Super Thanks has the potential to deepen relationships between videomakers and their viewers. “At YouTube, we’re always looking for fresh ways creators can diversify their revenue streams,” reads a blog post from the company. “There are now 10 ways for creators to make money on YouTube, and we can’t wait to see how you use Super Thanks!”