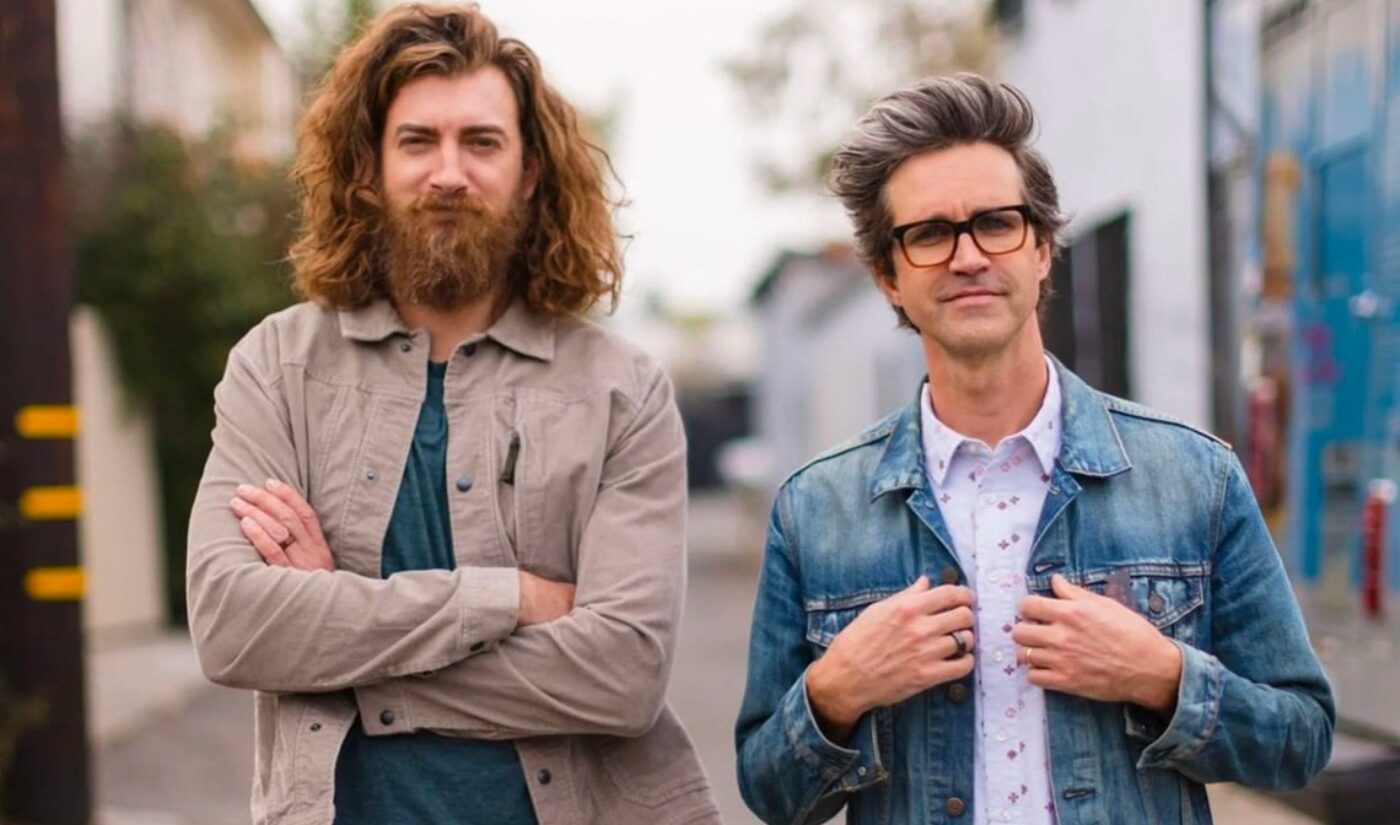 Rhett McLaughlin and Link Neal, longtime creative partners and best friends, have premiered their new show Inside Eats. The TV series was revealed earlier this year and was originally titled Taste Buds.

The show may have a new title, but its premise hasn’t changed since its announcement. Rhett & Link will hop around to various well-known restaurants as they sample strange flavor combos, issue challenges to chefs, and ask witty questions to their guests. Based on the show’s trailer, the vibe I get is one-third Good Mythical Morning, one-third Bizarre Foods, and one-third Diners, Drive-Ins, and Dives.

There’s a lot more to the Rhett & Link brand than just food, but lately, the duo’s culinary interests have become a bigger part of their digital presence. Their Mythical Kitchen channel serves up recipes to nearly two million subscribers, and it has spawned its own influencers, such as the “Mythical Chef” Josh Scherer.

“We’ve spent over a decade tasting, rating, and ranking everything, from the world’s most expensive desserts to 40-year-old ham and eggs,” said Rhett & Link in a statement. “Thankfully, we survived and got a TV show. We’re ready to unleash our well-trained tongues on America’s favorite food brands.”

The first food brand in Rhett & Link’s crosshairs is Chipotle, which was featured in the Inside Eats premiere. It has also been the subject of many a frankenfood on Good Mythical Morning. For their next episode, they’ll consume another old favorite: The Cheesecake Factory.

If you’re interested in Inside Eats, you can tune into the Food Network on Sundays at 10:30 PM ET. If you don’t get that channel, there will be some bonus content available on the Food Network YouTube channel.