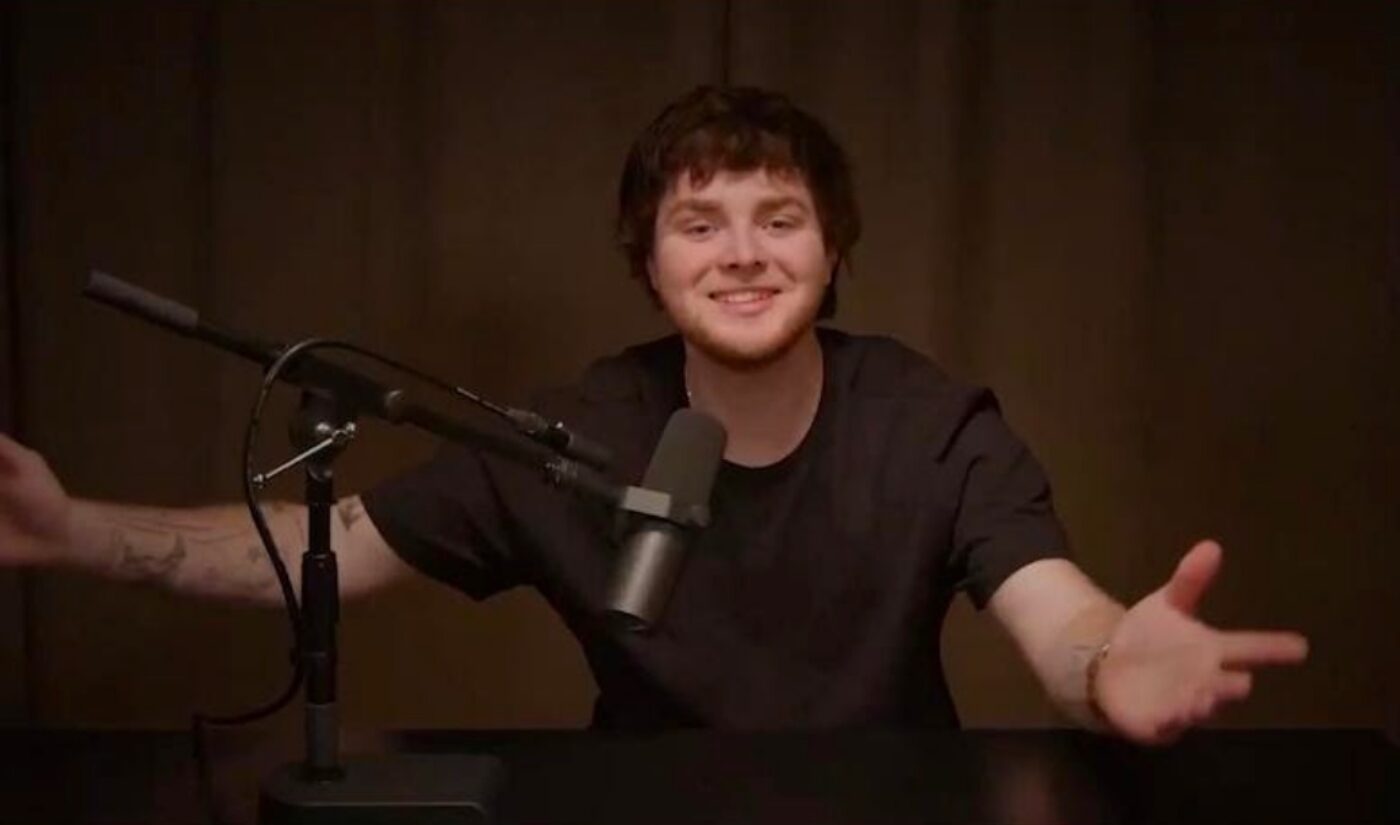 One of the guys who founded the TikTok collective Hype House has now decided to “lock the door and throw away the key.”

That’s the preamble that leads into the first episode of Locked In With Alex Warren, a new podcast led by its titular social media star. In each episode, Warren will plumb into his guests’ lives in order to “investigate the truth behind the clickbait.”

Locked In is available on all major podcast platforms, and it’s a “vodcast,” which means that video versions of its installments will be available on YouTube. The first such video reveals Warren’s dark, hemmed-in set, which fits the introspective and inquisitive nature of his new project.

On some podcasts, guests drink out of customized mugs that are emblazoned with the show’s logo. On the Locked In set, however, the only drinking vessels are paper cups with “Locked In” written on them in Sharpie. That improvisational touch is a good analogy for Warren’s presentation style. He’s hardly a traditional podcast host, and he isn’t afraid to get real with his guests if he thinks that messiness might reveal interesting truths.

If it’s messiness Warren wants, his first guest is the perfect get. To kick off Locked In, he sat down with OnlyFans star and tabloid favorite Tana Mongeau. As Warren puts it, Mongeau has “lived so many god damn lives,” and even though he only has an hour, he seems determined to relive as many of those lives as possible.

Warren’s desire to dive into these uncomfortable topics could help his show take off. “There’s a lot of things in social media world that not a lot of people know. For example, I don’t know what Justin Bieber goes through on a day-to-day basis. I don’t know what his traumatic experiences have been,” Warren told E! News. “That’s exactly what this podcast is for. It’s kind of giving some light to people who may not necessarily understand, or feel like they’ve been dealt bad cards, and feel like they can’t [be a creator].”

Locked In is produced by Wheelhouse DNA, the digital-and-audio studio launched by production company Wheelhouse last year. Since its inception, DNA has worked closely with current and former Hype House members. Wheelhouse’s Spoke Studios produced a Netflix show about the ultra-popular collective, and when DNA announced its plan to move into talent management, founding Hype House member Jack Wright was one of its high-profile signees.

Though he is active on multiple social media platforms, Warren is best known for his presence on TikTok, where his personal account has more than 15 million followers. Future guests on Locked In will include other tastemakers on that platform, including Lexi Hensler, Markell Washington, and Adam Waheed.