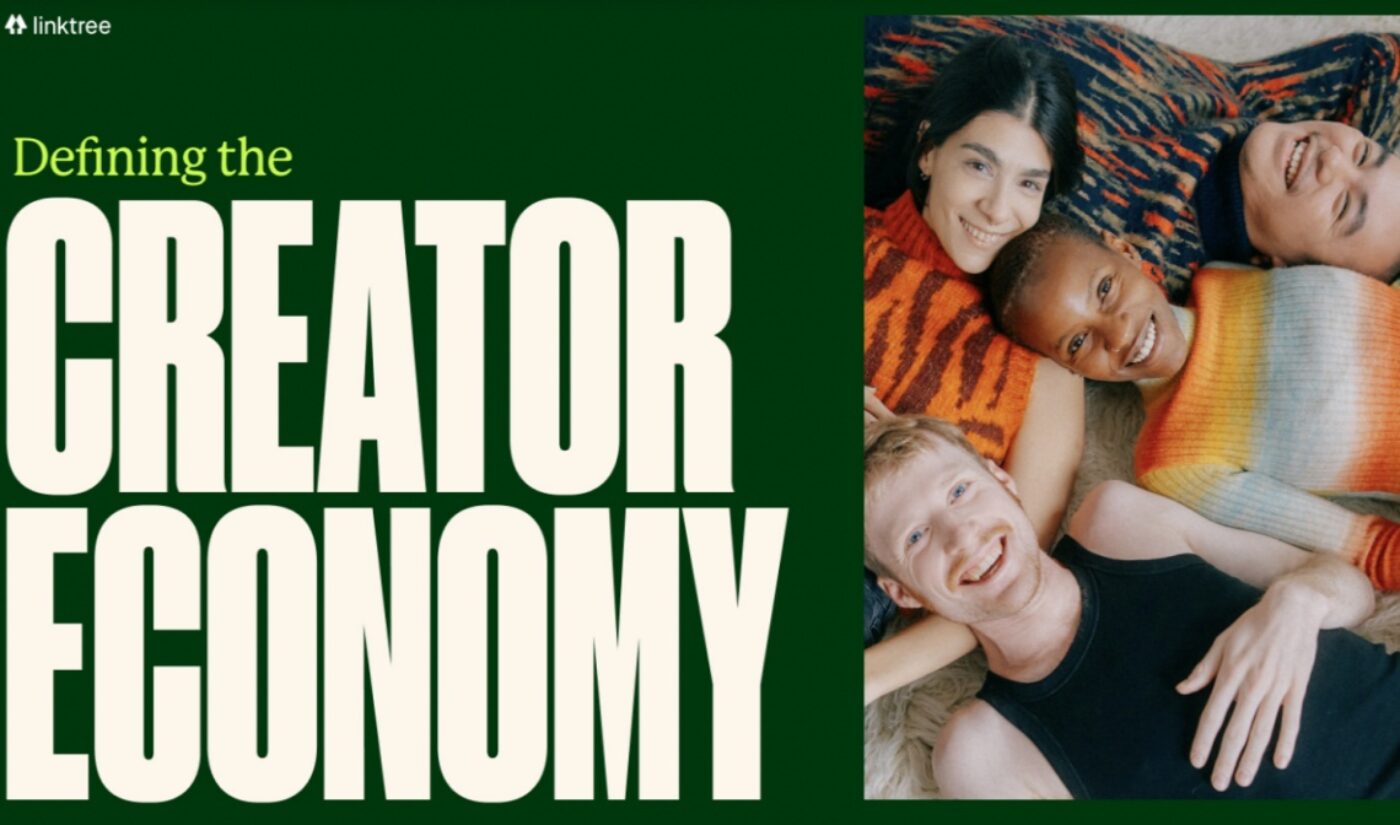 Linktree, fresh off a nine-figure funding round that valued it at $1.3 billion, is sharing some details about the amount of money other people are making.

The link-in-bio company, which has seen rapid growth in its influencer category, has released its 2022 Creator Report. The report used data from more than 9,500 creators to make some bold claims about the size of the online video industry. Most notably, Linktree claims that the so-called creator economy — the global community of artists, thinkers, and doers who monetize their content on social media — now includes about 200 million moneymaking individuals. 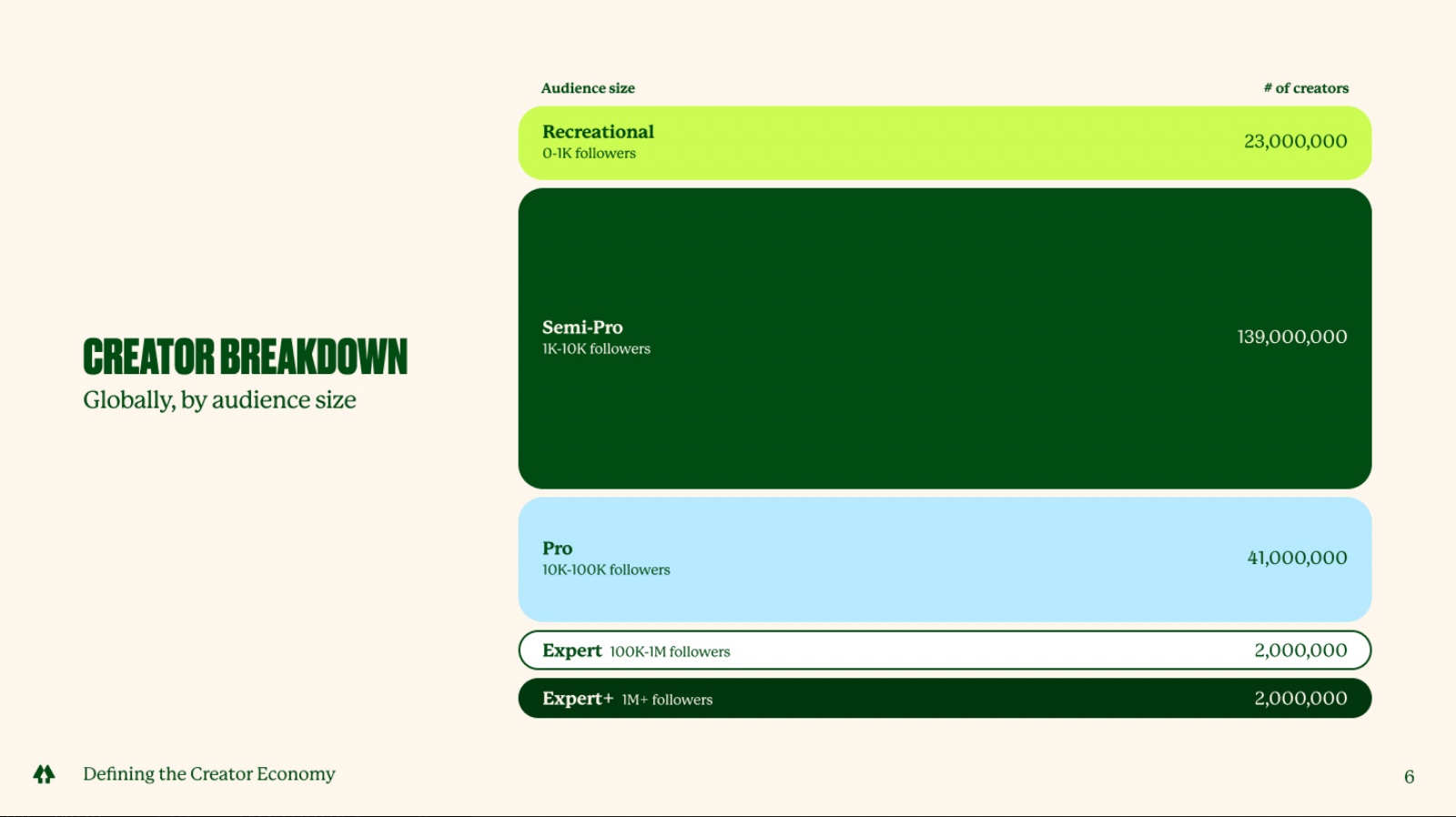 hat means that if “Creator Economy” were its own nation, it would be the eighth-most populous country in the world. But even if there’s a whole world of people monetizing their content, it doesn’t mean those creators are taking home millions. In fact, Linktree’s report notes that the majority of the creator economy consists of “semi-pro” creators who have between 1,000 and 10,000 followers. The sort of people you read about in our YouTube Millionaires columns represent just a fraction of the internet’s creative community.

L.A.-based creator platform Collab provided a reaction to the 2022 Creator Report. “68% of part-time creators make less than 1K. This vital research underscores how difficult it can be to be a creator, and just how important it is for creators to find partners, platforms, and services that streamline monetization opportunities,” said Collab Chief Strategy Officer Eric Jacks in a statement. “Linktree does just this, acting as a gateway to other revenue streams that contribute to monthly income and makes the creators job a little easier.”

Here are some other key numbers from the findings Linktree presented:

When you see how much individual influencers make from their sponsored posts, it’s easy to be blinded by the dollar signs. In truth, Linktree says that 70% of creators earn less than 10% of their income from partnerships with brands. The majority of the surveyed creators have not engaged in any brand deals at all, and even among those who do, the majority take home less than $100 per paid post.

In its report, Linktree quoted TikTok creator Kitty Cat Matt. “The biggest monetization challenge is deciding what opportunities align with my content standards,” he said. “Money takes a back seat to my long-term goals.”

It’s good to have a niche.

Two-thirds of the creators in Linktree’s sample consider themselves to be “niche creators.” That means they serve viewers who have a deep interest in a unique subject.

Starting out is hard — and it doesn’t get easier.

Once upon a time, there was a gold rush in the online video industry, but these days, wannabe prospectors have more competition than ever before. More than a third of the creators Linktree analyzed have only been making content for a year or less, and among those “beginner creators,” only 6% have made more than 10,000 from their work. 59% of them haven’t turned on monetization at all. It’s almost as if those up-and-comers could use a link-in-bio service to help them make money.

Of course, even if those beginners could graduate and go all-in on content creation, their challenges would not evaporate. Only 12% of the full-time creators Linktree studied make over $50,000 per year. Maybe that’s why so many of them are burned out — Linktree stated that 13% of full-timers are “extremely/consistently stressed.”

To read more insights from the 2022 Creator Report, head over to Linktree’s website.