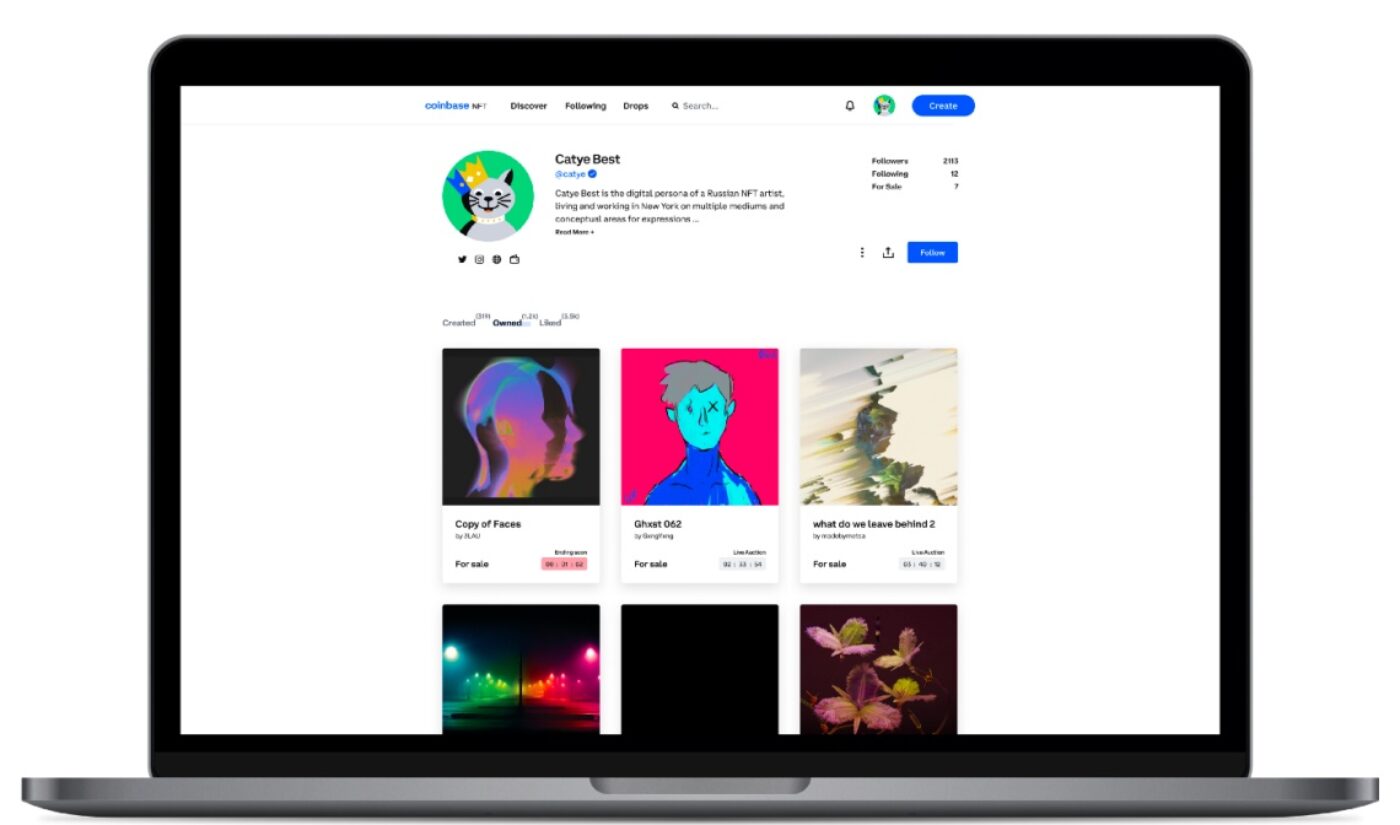 If you buy and sell non-fungible tokens, there’s a new platform that’s here to serve you.

Well, the platform itself isn’t exactly new. It’s Coinbase, best known for letting its users exchange cryptocurrencies. Starting today, the 10-year-old company is launching a dramatic expansion of its web3 services. It is now the home to an NFT marketplace, where users will be able to buy, sell, and display tokens minted on the Ethereum blockchain.

TechCrunch notes that the announcement of Coinbase’s NFT marketplace actually arrived six months ago, but at the time, interested crypto fanatics could only add their names to a waitlist. Now, Coinbase NFT is live, so call your best blockchain buddies.

If you venture over to Coinbase NFT on its launch day, you’ll find several of the most valuable Ethereum-based collections up for display, including Doodles, World of Women, and Azuki. If you click on a particular NFT, you’ll be able to locate its owner’s profile and see what parts of that person’s collection are for sale. These social aspects are central to Coinbase NFT’s appeal, as they could turn the marketplace into a “one-stop shop” for NFT lovers, who can now browse, buy, and discuss NFTs without hopping between OpenSea, Coinbase, and Twitter.

The bread-and-butter of Coinbase’s business is its cryptocurrency exchange, which helps previously-obscure coins gain mainstream recognition. The activity generated by that exchange has made Coinbase into a multi-billion dollar company, but the red-hot NFT market is capable of producing its own Web3 unicorns. Just last month, pioneering collection Bored Ape Yacht Club earned a $4 billion valuation as part of a $450 million investment round.

So Coinbase is definitely seeing the dollar signs here, but it will still have to contend with its rival OpenSea, which has emerged as the industry leader in the purchase and sale of NFTs. How will Coinbase NFT convince crypto-heads to flock to its shores instead? Part of the platform’s pitch involves its ease of use. “We’ve been able to successfully bring the complexities of cryptocurrencies in an easy-to-use way to the masses,” Coinbase VP of product Sanchan Saxena told TechCrunch. “We believe we have a similar opportunity to do so for NFTs as well.”

The decision to waive transaction fees “for a limited time” will also make Coinbase NFT a popular destination for Web3 traders. Even after that offer expires, Coinbase is promising to keep its fees in the “low single-digit” range.

Coinbase NFT is in beta right now, but it will be available to everyone over the age of 18 in the coming weeks. The platform’s social features, valuable though they may be, will not be stored on the blockchain at launch. The plan is to migrate those likes and follows on-chain at a later date.