A reporter got a million subscribers by pointing out scams. Now he’s showing off the ways he’s changed his home city. 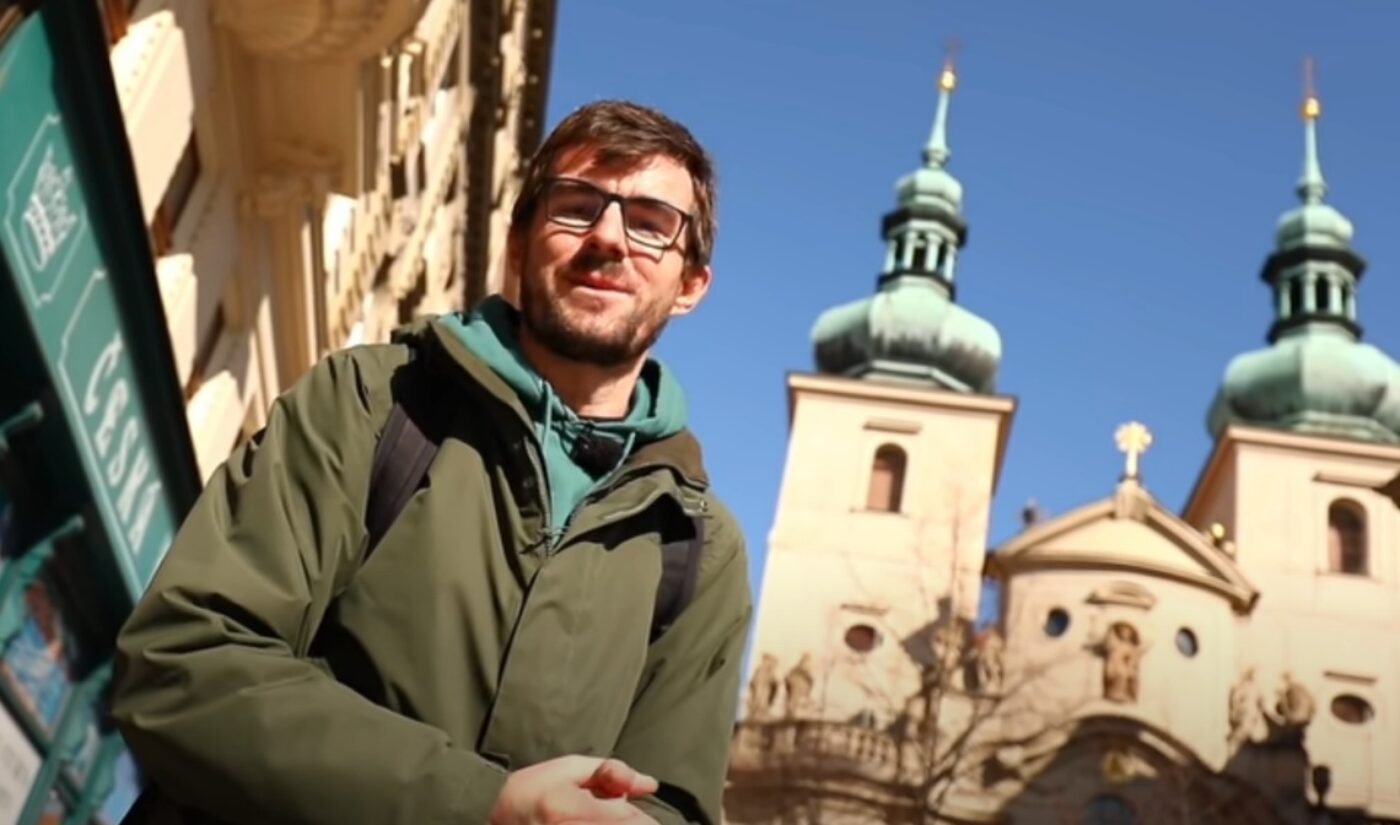 Why do some people call Prague the best city in Europe? The friendly nature of the locals is a big selling point, and a local YouTube star is making sure his hometown maintains its positive reputation.

Janek Rubeš is a reporter who stars, alongside his cameraman Honza Miliuka, on the Honest Guide YouTube channel. The two Czech creators have been called “the patron saints of Prague tourism” because of their penchant for locating scams and posting them on YouTube. Thanks to Rubeš and Miliuka’s work, their 1.07 million subscribers have been alerted to streetside hustles that commonly prey on tourists.

Honest Guide has become popular enough for its creators to take their show on the road, and they’ve called out scammers from Florence to New York City to Kyiv. Their biggest impact, however, has been in their own backyard. In a recent video, Rubeš took a walk through central Prague and pointed out positive changes that have stemmed from Honest Guide’s efforts.

The changes range from small ones that are confined to a specific storefront, to big ones that affect large portions of the city. Honest Guide has cleared a shady currency exchange kiosk out of a downtown metro station and has sounded the alarm on an ATM that overcharged tourists. Those actions, as noble as they may be, seem like small potatoes next to Honest Guide’s piece de resistance: The channel campaigned for a new bell for the Church of St. Havel, and you can now hear it every single day. Oh, and Rubeš is looking to bring another new bell to Prague, too.

This is yet another story where YouTube has allowed an individual channel to have an outsized impact on its community. Earlier this year, we shared the story of Adventures with Purpose, which has delivered breakthroughs in 20 U.S. cold cases thanks to its team of divers.

On the flip side, it’s important to keep in mind that not all YouTube stars connect with their home cities in positive ways. In 2017, Jake Paul alienated his West Hollywood neighbors with his constant partying. More recently, two influencers protested Instagram policies by changing the Hollywood sign to read Hollyboob.

What’s nice about the positive side of this coin, however, is that it has ripple effects that extend beyond a single channel. As Rubeš noted, his channel has helped its viewers stay ahead of common tricks. When Honest Guide fans travel, they know that they can have an impact if they record and report the scams they encounter. That has created a world where more people are acting like Rubeš and Miliuka, thus giving scammers some extra hoops to jump through.

In fact, Honest Guide relies on tips from its followers in order to keep the scam-busting train rolling along. You can share the schemes you’ve encountered by emailing the Czech channel at podvudky@gmail.com.