Disguised Toast, Sykkuno, Valkyrae, and Corpse Husband appeared in an anime. Then they reacted to it. 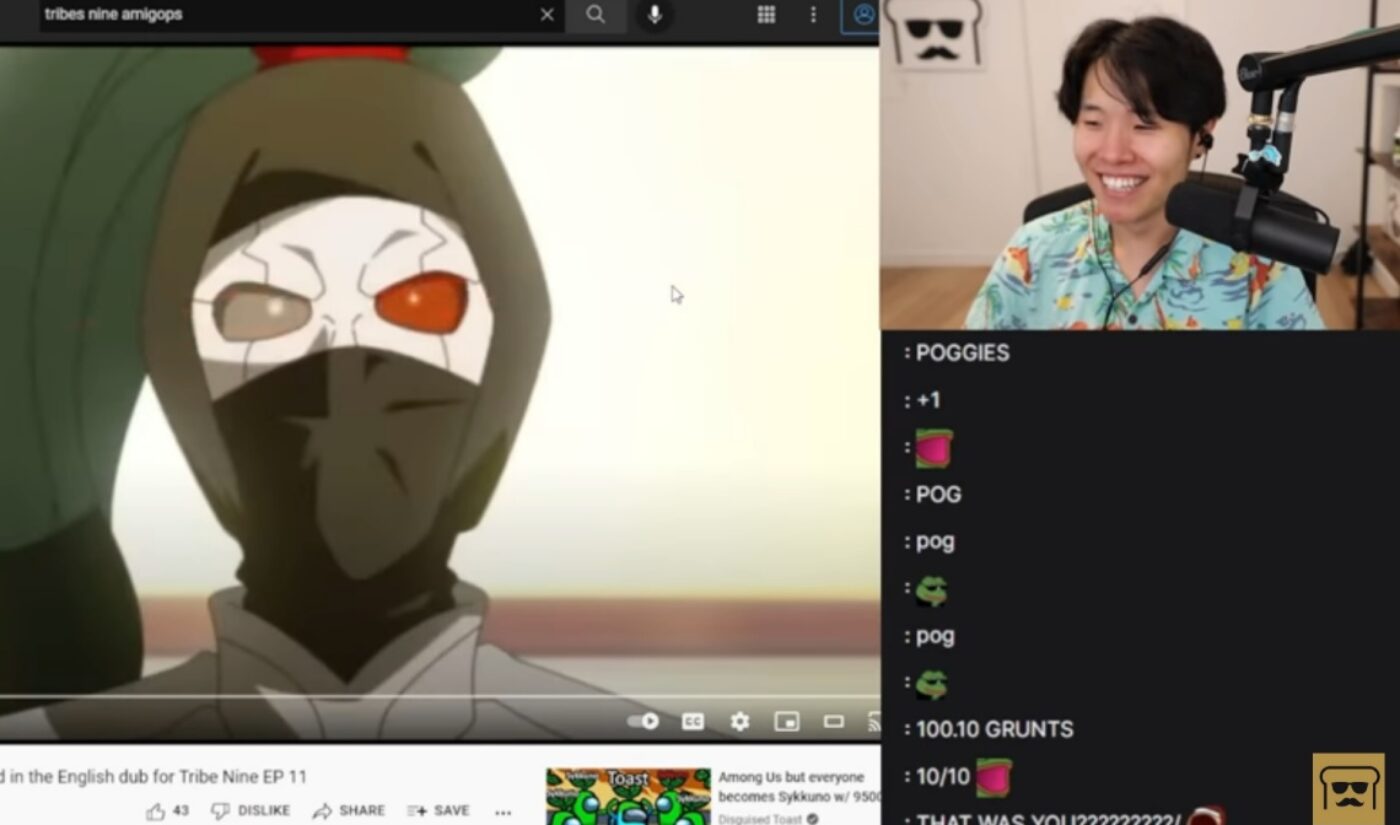 In the anime Tribe Nine, roving bands of baseball players face one another extreme version of the sport. For the show’s English dub, distributor Funimation decided to give one of the titular tribes a star-powered lineup. Top streamers Corpse Husband, Disguised Toast, Sykkuno, and Valkyrae have voice roles in the series, with the latter three creators teaming up as members of the Hannya tribe.

12 episodes of Tribe Nine‘s English dub are available through Funimation, and most of the featured creators appear in the 11th installment. On YouTube, Disguised Toast (whose real name is Jeremy Wang) shared his reaction to his v/o work, which involved a lot of grunting. Based on his commentary, he fared a lot better in the recording booth than Sykkuno; the soft-spoken streamer needed several takes to nail his role as a giggling villain in a trenchcoat. Rachell “Valkyrae” Hofstetter, who has had success on both Twitch and YouTube, portrayed Sykkuno’s female counterpart.

These may seem like small roles, but some of them were created specifically for the streaming stars who performed them. “Damn, I’m pretty good at this. It really sounded like I was kicking him in the head,” Wang said. “What’s funny is if you listen to the Japanese version, the ninja doesn’t actually make a sound. They specifically added my sound effects to the English dub.”

A cast list for Tribe Nine reveals a few other streamers who earned spots on the Hannya tribe. Charlie “MoistCr1TiKaL” White is in the mix, as is YouTube Gaming star Technoblade.

You may notice that a name is missing from the Hannya tribe roster. Toast, Sykkuno, and Valkyrae were all cast as grunting ninjas, but the other member of the Amigops snagged himself a much bigger role. Corpse Husband has taken a step back from his streaming career, but that hasn’t kept him out of the spotlight. His extremely deep voice is the perfect match for an evil mastermind, so in the English dub of Tribe Nine, he portrays the primary antagonist Ojiro Otori.

Now that Tribe Nine is out for all to see, only one question remains: Will the celebrity voice actors be banned for sharing the show on Twitch? The platform’s “TV meta,” in which streams react in real-time to full-length TV episodes, has led to temporary bannings for creators like Wang. Perhaps that’s why the man they call Toast chose to share his Tribe Nine experience on YouTube.